Your Guide to Winnipeg During the Women’s World Cup 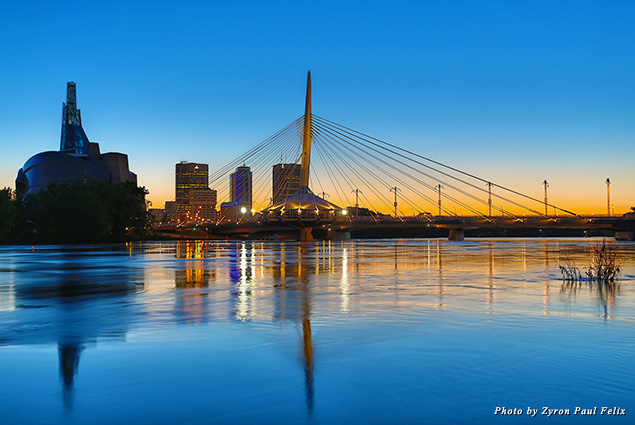 Winnipeg—or “The Peg,” as locals call it—is a hip, artsy, attraction-studded city where all four seasons are celebrated in quirky, sporty, and design-centric ways.

On any given night you can catch more live music than arguably any other Canadian city, while the food scene is hotter right now than a Hamam treatment at Ten Spa—which involves lying in a steamy room on heated marble while people pour soothing water over your limbs and forehead (yes, it is just as awful as it sounds).

Most of the glamour shots of Winnipeg are taken from the banks of the city’s French Quarter, St. Boniface, looking west over the Red River and Esplanade Riel and onto the now iconic Canadian Museum for Human Rights. There is a reason for this: it’s cityscape gazing at its finest, and the whole area is one you can’t miss, especially if you are in town for only a couple days. 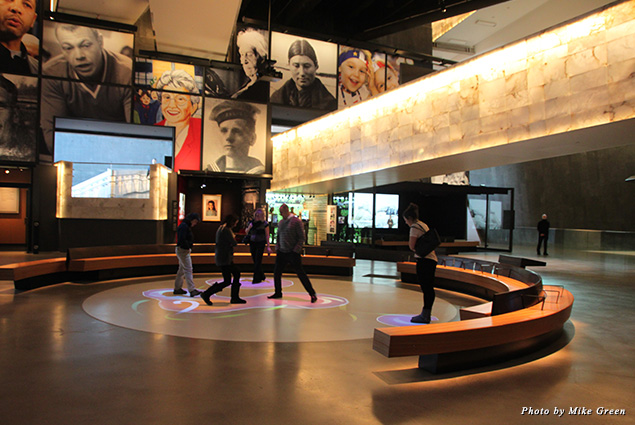 The Canadian Museum for Human Rights is unlike anything you’ve seen or experienced before. No other building in the world can boast such lofty goals in being the sole museum dedicated to presenting, discussing, and projecting human rights issues from the past, present, and into the future. Inside this immense, glass-wrapped museum, 11 exhibits climb from a cavernous ground floor up to the illuminating Tower of Hope, which offers outstanding views of the city.

The CMHR is perched at The Forks, a sprawling attraction-laden locale that is visited by more tourists than any other Winnipeg location. The Forks Market is where you’ll find locally produced, artisanal wears and food stalls, along with a port on the riverbanks where Splash Dash River Boat Tours provides guided historical tours along the waters of the Red and Assiniboine Rivers. 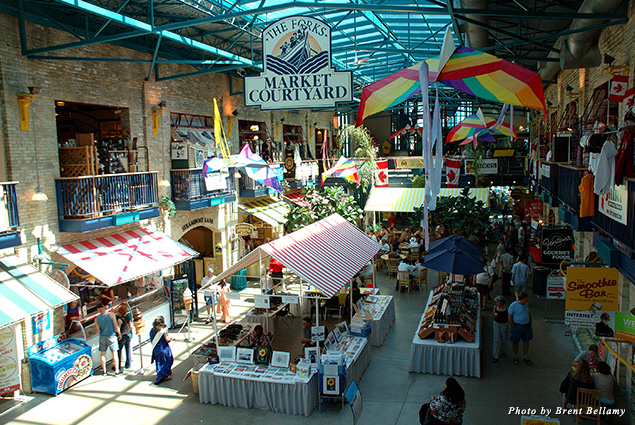 The chic Esplanade Riel bridges (no pun intended) this area with Canada’s largest French community located outside of Quebec, St. Boniface. In St. Boniface you’ll find charming cafés and the rather stunning façade of the Cathedral de Saint-Boniface. The cathedral is worth checking out for its vaulted ceiling and a somewhat hippie-ish depiction of Jesus and Mary, which combines Métis culture with Roman Catholicism.

Just down the street is L’Université de Saint-Boniface, a French-language institution whose grounds house an abstract statue of the Metis leader, folk hero, and founder of Manitoba, Louis Riel. Riel started a rebellion and was subsequently tried and hung in Regina back in 1885. 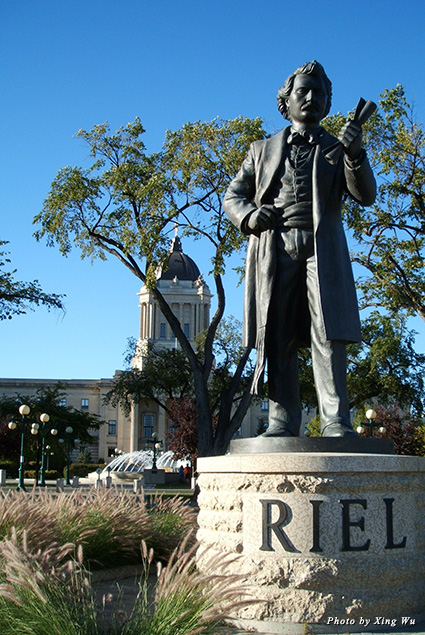 St. Boniface’s main drag is called Provencher Boulevard. On it you will find local gems including Le Garage Café, where the university crowd goes for beers, live music, and poutine; Chocolatier Constance Popp, whose locally sourced and themed sweets are always a hit; Dwarf no Cachette, a cutsey Japanese restaurant whose owners have brought kitsch and flavours from their home city of Tokyo; and Promenade Café and Wine, whose bistro and patio overlooks downtown Winnipeg across the river.

Downtown Winnipeg will be the place to be throughout the FIFA Women’s World Cup, especially with the announcement that bars can stay open until 4 a.m. (serving liquor until 3 a.m.).

Being the clever folks that they are, Downtown Winnipeg Biz will be providing free trolley service to the hottest bars and restaurants downtown on their “FREE-FA Bus” after every game (June 8,12,15, and 16, from 9 p.m. to midnight).

Hop aboard the FREE-FA Bus and check out stops including The Merchant Kitchen, Winnipeg’s coolest new restaurant/bar whose menu celebrates street food from around the world (located in the trendy new Alt Hotel—a top spot to stay); Carbone Coal Fired Pizza, whose pour-your-own-beer tap system sees this Vegas-style spot go from restaurant to club for the bar star crowd; Rudy’s Eat & Drink, whose Mad Men aesthetic also flaunts downtown’s biggest patio; and the iconic Times Change(d) High and Lonesome Club, which you really have to see to believe.

Downtown’s older sister is the Exchange District (because we all know older sisters are the coolest), home to North America’s finest collection of turn of the 20th century buildings. 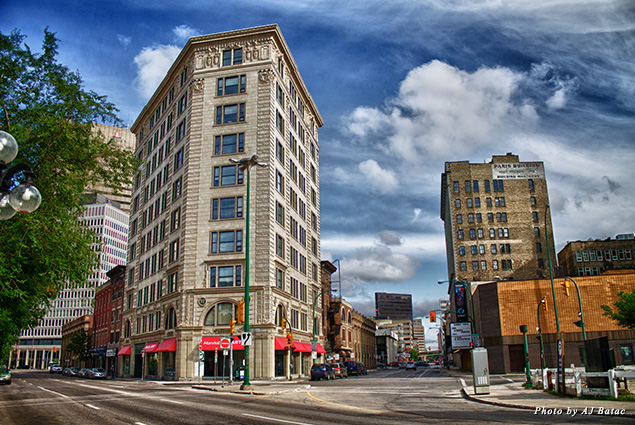 While architecture buffs will surely be aroused at the Exchange District’s masonry, the area’s cool galleries, boutiques, restaurants, and vintage shops are also of note. The Exchange also features The Cube outdoor stage, where free concerts from kickass bands are a regular occurrence, along with hipster haunts such as Parlour Coffee.

Before Parlour, Winnipeg’s downtown coffee scene was somewhat in its dark days—and we’re not talking beans—as there was no such thing as a flat white. Now, Winnipeg’s coffee scene has hugely upped its game with standouts all over the city including Miss Brown’s, also in the Exchange. Along with excellent coffee from Portland’s Stumptown, Miss Browns serves one of the best pressed sandwiches you’ve ever had. I kid you not, the organic free-range meats are smoked in-house and the place is absolutely charming to sit in and people watch.

In fact, the past year has seen the start of something akin to sandwich wars downtown, with King + Bannatyne’s assortment of unique sammys for fashionable peeps duking it out with Nick’s on Broadway, which is taking handmade to a whole new level with fresh-baked breads featuring slow-roasted meats and some superb sides. Plus, just outside of the downtown core in West Broadway, Sherbrook Street Delicatessen is doing divine kosher-style food with everything—including the condiments—made in-house and hand cut with incredibly delicious results. 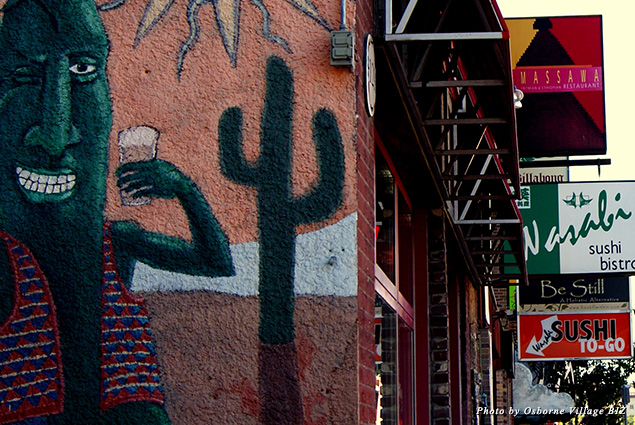 On the restaurant front, the four most celebrated rooms are Segovia, Deer+Almond, Enoteca, and Deseo. Special mentions go to Pizzeria Gusto, Vera’s Pizzeria (the Peg loves Neapolitan-style pizza), fusion grill (whose name belies the fact that this is Winnipeg’s original farm-to-table restaurant), and 529 Wellington, Winnipeg’s swankiest steakhouse whose riverside garden patio is an absolute peach.

Segovia does Spanish tapas as good as anywhere in North America and has always made every noteworthy list of Canada’s best restaurants since it opened a couple years back. It’s small and has an open kitchen, a lovely little patio, and incredible cocktails, but it doesn’t take reservations. However, you can leave your name and number with the host (because the place fills up just after 5:30 when it opens) then go for a drink at any number of excellent walkable watering holes in Osborne Village, where Segovia is located. One very notable spot in the area is the Toad in the Hole Pub, where patrons must be over 25 and the whiskey sours are second to none.

Chef Mandel Hitzer has done his darndest to put Winnipeg’s culinary scene on the international radar with his winter pop-up restaurant on the frozen Assiniboine River, RAW:Almond. His home base Deer+Almond (located in the Exchange) is where cool kids and gourmands go for whimsical share plates and handmade cocktails in a setting that celebrates the city’s creative types. 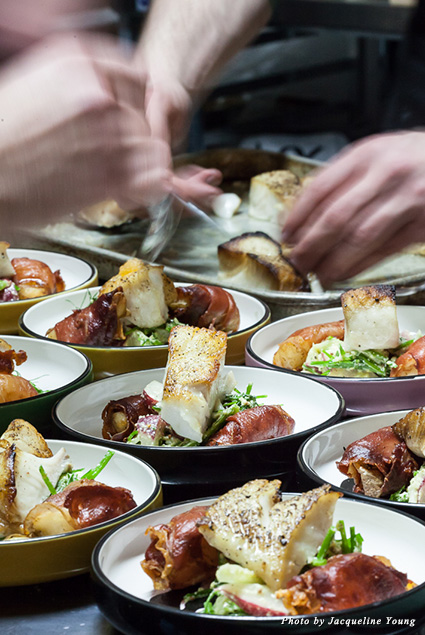 The chef of both Deseo and Enoteca, Scott Bagshaw, is arguably Winnipeg’s most acclaimed chef, with both restaurants taking four and five-star reviews as of late. Enoteca, the newest and smallest of the two, is where Bagshaw can regularly be found putting out exquisitely plated food that doesn’t adhere to any particular genre. You should also be sure to check out PegCityGrub.com, Winnipeg’s best food and drinks website.

Enoteca is located in River Heights, a pretty neighborhood full of arching elm trees, trendy and a touch more pricey shopping on Academy Road, and a vast row of mansions and minor modern castles alongside Wellington Crescent. Wellington, or “the Cres” as it is known, is Winnipeg’s most opulent street and it leads you into Assiniboine Park, one of North America’s largest and prettiest parks.

At the west end of Assiniboine Park, past its lush botanical gardens (featuring the not-to-be-missed Leo Mol Sculpture Garden), children’s nature park (which features splash pads, a massive play area, and giant creatures made from vegetation that kids go crazy for) is the Journey to Churchill at Assiniboine Park Zoo. 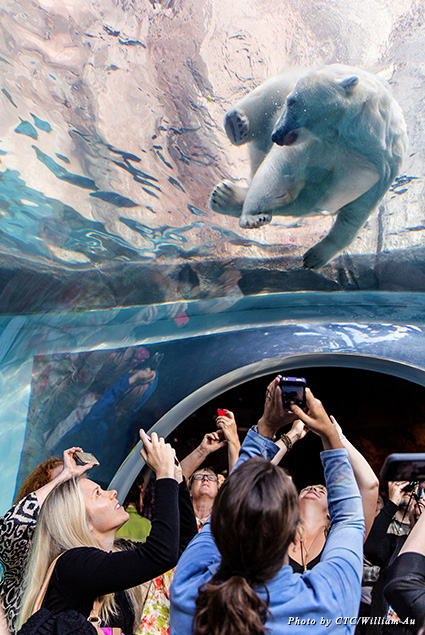 This place is so amazing that it often brings tears of joy to adults (I’ve seen it) as they watch the playful, rescued polar bears swim and roughhouse one another in their giant pool. You can view this spectacle from below in a giant acrylic tunnel, which the bears dive around in putting you nearly nose-to-nose with these huge, cuddly looking guys and gals (it’s simply breathtaking stuff). The mammoth grounds of the Journey to Churchill also house so many interesting Arctic species including muskox, Arctic fox, and snowy owls, while the rest of the zoo has cool animals such as snow leopards (a new cub was just born), red kangaroos, squirrel monkeys, Amur tigers, lynx, and everyone’s favorite, the adorable red panda.

Winnipeg’s stadium is located in the south part of the city, about a 10 to 15-minute drive from downtown. It is rather marvelous looking, with curved beams that reach out into the prairie skies. Given Winnipeg’s flat surroundings, you can see the stadium stand out amongst the trees in all directions leading up to it. 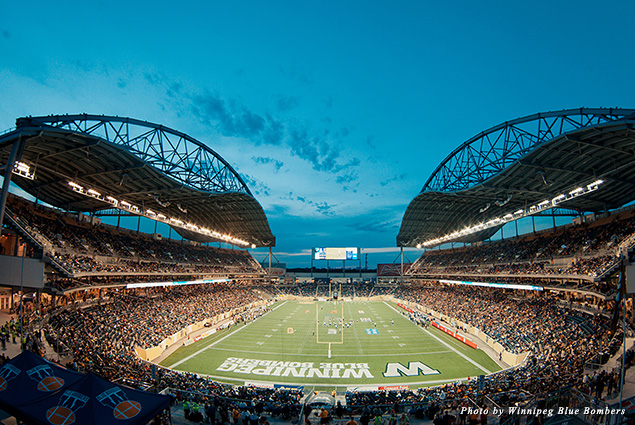 The bar of note in closest proximity is Barley Brothers Stadium, which the most hardcore United States soccer fans—called the America Outlaws—will make their gathering location. Barley Brothers specializes in—you guessed it—beer! Their stadium location features the most taps of craft beer in all of Canada.

Asian eateries from Korean to Japanese to Vietnamese to Chinese also dot the landscape near the field, many of which are excellent for group eating. If super fresh is your thing, check out Saigon Jon’s for updated Vietnamese staples using locally sourced, natural ingredients. Another personal favorite is Sun Fortune, located in a strip mall just north of the stadium. They specialize in Peking duck and hot pot, and the place is always packed.

If you are looking to relax before the games, then Thermëa by Nordik Spa-Nature is a must. Located close to the stadium amongst the forests and golf courses of Fort Garry, Thermëa features multiple pools, saunas, and steam rooms for hot-cold-hot cycle treatments that are ridiculously good. You can spend hours upon hours here, making your body hit the reset button in the best way possible. They also have an exquisite restaurant where eating in your robe is mandatory. It really doesn’t get any more indulgent.