Your Guide to Ottawa During the Women’s World Cup 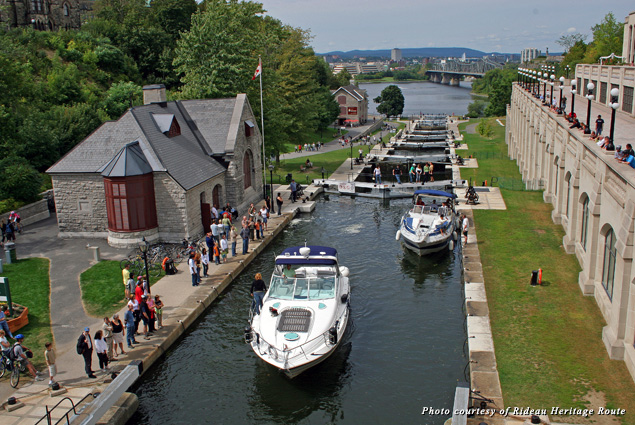 **This post was written by Danika J. Grenier on behalf of Ottawa Tourism**

If you’re in Ottawa for the FIFA Women’s World Cup this June, there will no doubt be lots of soccer game excitement to take in. Picture sitting in a brand-new stadium, the summer sun shines on your face as you shout and jump around, cheering on your favorite team with more than 20,000 fellow soccer fans. Your heart races as the crowd roars and a player runs across the field to score the winning goal!

But did you know that in addition to all of the FIFA fun, Ottawa—Canada’s beautiful capital city—has many things for you to discover all summer long? From famous cultural attractions to exciting outdoor adventure to a newly renovated Lansdowne Park area, you’re sure to be entertained whether you’re at the FIFA World Cup match or you’re watching it on a big screen.

Located just south of Ottawa’s downtown core on the scenic banks of the Rideau Canal—Ontario’s only UNESCO World Heritage Site—Lansdowne Park is home to a completely renovated 24,000-seat stadium, which will be hosting the FIFA Women’s World Cup’s matches in Ottawa. But the stadium itself is only a part of a 40-acre area that offers some of the city’s newest restaurants, shops, and attractions. 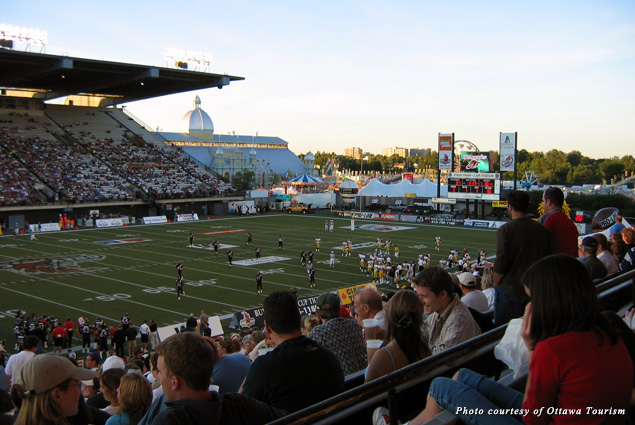 Originally established in 1847, Lansdowne Park had been one of Ottawa’s main exhibition sites for more than 160 years. In 2012, the City of Ottawa initiated a redevelopment project to improve the stadium and historical buildings and to introduce several new restaurants, retailers, public parkland, the Ottawa Farmers’ Market, and more. Except for the condominiums and a couple of retailers, the project is just about complete.

At the now beautifully landscaped Lansdowne Park—which is also home to a quaint refrigerated ice skating rink over Ottawa’s winter months—you can browse 360,000 square feet of retail space that offers shops such as natural and organic retailer Whole Foods Market, a destination boutique offering hard-to-find wines, and Sporting Life, a high-end outdoor lifestyle retailer, among others.

Lansdowne Park is also home to Ottawa’s only VIP-style Cineplex Cinema. If you’re in the mood for an upscale movie experience, head here, where you’ll find theaters adorned with luxurious leather seating and a delectable menu. From your seat, you can enjoy a movie, a meal, and a drink if you wish, as Ottawa’s newest movie theatre is fully licensed. Imagine sipping a cold beer and enjoying a delicious burger while taking in this year’s biggest blockbuster. Even if you’ve been to Lansdowne Park before, you haven’t seen it like this.

If you visit Ottawa after the Women’s World Cup matches are over, there’s no need to worry. At the new Lansdowne Stadium, you’ll find two of Ottawa’s new sports teams: the Canadian Football League team, the Ottawa REDBLACKS, and the North American Soccer League team, the Ottawa Fury FC. Both of these teams are in their second season and play through October. If baseball is what you’re after, Ottawa has that, too. Just a short commute east of Ottawa’s downtown core, you’ll find Raymond Chabot Grant Thornton Park, home to the Ottawa Champions. The “Champs,” as they’re known locally, kicked off their inaugural Can-Am League season on May 22, 2015, and play through September.

If you’re looking to supplement your sports getaway with a little bit of culture that’s easy to do. Nestled on the scenic, rugged, provincial border of Ontario and Québec, Canada’s capital offers several national museums that are open seven days a week during the prime summer season.

Visit the National Gallery of Canada, a spectacular crystal palace that houses the world’s most comprehensive collection of Canadian art, including Inuit art. Peruse the gallery’s permanent collection, which includes pieces by the famous Group of Seven, or take in one of its special summer exhibits. Alex Colville, an exhibit featuring one of Canada’s most celebrated artists, runs until September 7, 2015. 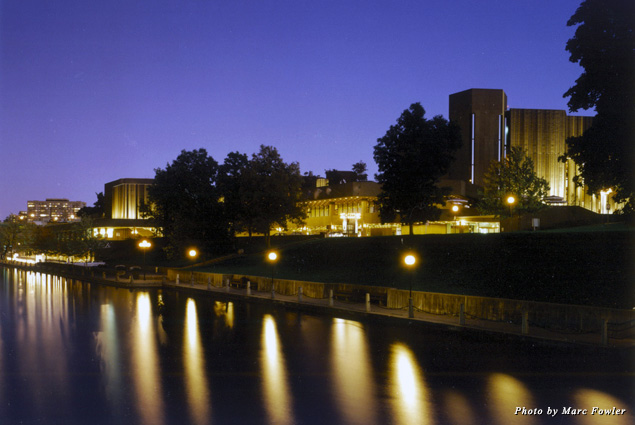 Just across the rolling Ottawa River, you’ll find the Canadian Museum of History, which houses the world’s largest indoor collection of totem poles, and on the Ontario bank of the river is the Canadian War Museum, a living memorial to Canada’s military history.

At the War Museum, you’ll find large artifacts such as tanks and airplanes that make it easy to imagine what wartime life would have been like. The museum’s special summer exhibit, Gladiators and the Colosseum – Death and Glory runs until September 7, 2015. See rare, one-of-a-kind artifacts and discover this legacy left behind by the Roman Empire.

If the natural world fascinates you, consider stopping by the Canadian Museum of Nature, where you will find a gallery full of enormous dinosaur fossils. Here, you can discover what life on Earth was like 65 to 35 million years ago. This museum is also home to the much-anticipated Body Worlds: Animal Inside Out exhibit, which allows guests to see past the skin’s surface to discover how animals move and work. This exhibit runs until September 20, 2015.

Now once you’ve got your culture fix, your next move might be to pump up the adventurous side of your visit, and there’s no better place to do that than on the Ottawa River.

Did you know that Ottawa is one of the only urban cities in North America where you can go whitewater rafting through its downtown core? It’s true! Just 10 minutes west of the downtown core, Ottawa City Rafting (operated by outdoor adventure company Wilderness Tours) offers a three-hour gentle urban whitewater experience from May through September. 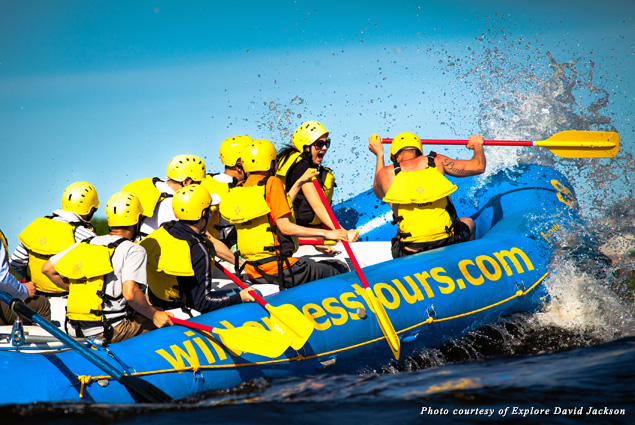 Climb into a raft with a guide and paddle or float along comfortably, as you bounce through three sets of splashy Class II rapids while getting breathtaking views of downtown Ottawa and of the iconic Parliament Buildings along the way. And as you go, your guide will recount the stories of voyager fur-traders and early explorers who navigated the mighty waterway many years before you, as well as anecdotes about Ottawa’s turbulent lumber town past.

This gentle whitewater adventure is a great introduction to the sport of rafting, which offers even more hair-raising opportunities at a 90-minute drive west of downtown Ottawa. The upper Ottawa River is one of the top five whitewater rafting and kayaking destinations in the world!

Now, whether you’re sightseeing or playing on the water, you’re bound to work up an appetite. Just head into Ottawa’s ByWard Market neighborhood, where you’ll find myriad dining options.

The ByWard Market is one of the oldest and largest open-air farmers markets in Canada, but it is also the name of the eclectic neighborhood that surrounds it. Here, you will find bistros, coffee shops, and great restaurants as well as several food retailers and boutiques. Opt to try poutine—a beloved Canadian French fries, cheese curds, and gravy delicacy—or head down Laurier Avenue to Signatures Restaurant at culinary arts institute Le Cordon Bleu, where you can enjoy delicious gourmet French cuisine. The ByWard Market neighborhood and its surrounding area have many options to suit any dining budget.

For dessert, you’ll want to stop by the BeaverTails stand on George Street. Ottawa is where this delicious, deep-fried, beaver tail-shaped pastry was born in 1978. Go with the original cinnamon and sugar flavor or opt for more adventurous toppings such as maple butter or chocolate and banana. 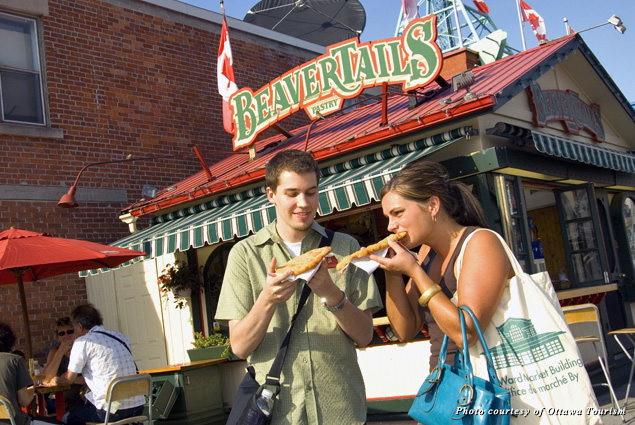 Or if you’d like to learn about the ByWard Market neighborhood from a local, book a tour with C’est Bon Epicurean Adventures. This small local company offers three-hour walking tours of several Ottawa neighborhoods on which guests get to meet local chefs, vendors, and food artisans while savoring delicious samples all along the way. These popular walking tours are available year-round and there’s even a delectable Chocolate Lover’s Tour. On this particular tour, guests make their way through the ByWard Market while discovering the many tastes and forms of chocolate Ottawa has to offer.

If craft beer is more what you’re after, opt to go on a walking tour through downtown Ottawa with Brew Donkey. This local company’s brand-new four-hour walking tour series launched this May and showcases some of the best craft breweries the city has to offer. Learn about how craft beer is made as you walk along and—this is the best part—enjoy craft beer samples and snacks all along the way! Or if you have more free time available, go on one of Brew Donkey’s full-day bus tours that will take you to great craft breweries outside of Ottawa such as Cassel Brewery Co. and Beau’s All Natural Brewing Company, among others.

So you’ve discovered Ottawa’s sports, cultural, and adventurous sides, but maybe after all that exploring and no doubt cheering at the World Cup, a bit of relaxation is required. Ottawa’s got you covered for that, too.

Located a 20-minute drive north of downtown Ottawa, Nordik Nature Spa is the largest outdoor relaxation spa in North America. Here, you can relax in Nordik’s hot and cold thermal baths as well as hot saunas, or get a massage to rejuvenate your tired muscles. Nordik is also home to Källa, a unique saltwater floating pool that is only the second of its kind in the world (the other one is located in Switzerland). 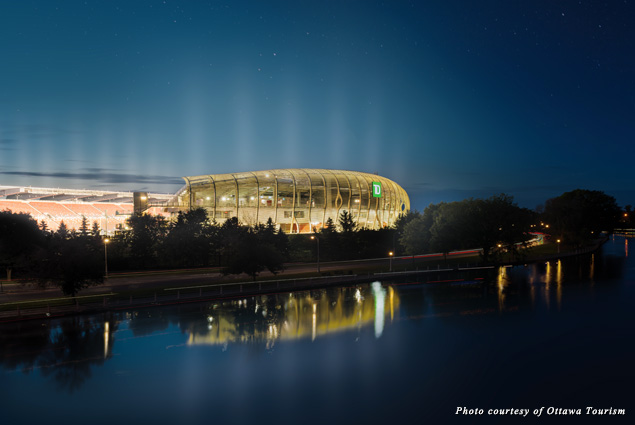 Ottawa has a lot to offer its visitors and even residents during the summer months, as the city is host to many outdoor music and art festivals. From the TD Ottawa Jazz Festival to Bluesfest—whose 2015 headliners include Keith Urban, Lynyrd Skynyrd, and Iggy Azalea—to CityFolk and more, you won’t be at a loss about how to fill your summer nights.

Or, if you can’t manage to extend your Women’s World Cup stay, consider coming back to Ottawa for Winterlude, the city’s biggest winter festival. Each February, Winterlude offers snow and ice sculpture competitions, snow playgrounds, ice-skating on the world’s largest skating rink, and more. Come see Canada’s capital transform into a winter wonderland!

Getting to and staying in Ottawa is easy. The Ottawa Macdonald-Cartier International Airport is located just a 20-minute drive from Ottawa’s downtown core. In downtown Ottawa, you’ll also find a wide range of hotels at various service levels and prices.

If you’re looking for a unique Ottawa stay, consider booking a room at the HI-Ottawa Jail Hostel. This jail-themed hostel is housed in what used to be the Carleton County Gaol, a maximum-security prison that was operational from 1862 to 1972. The now hostel is said to be one of the most haunted buildings in Canada.

The FIFA Women’s World Cup goes until June 26, 2015. For more ideas about where to stay (including a “Third Night Half Price” deal) and what to do in Ottawa during the Women’s World Cup and all year long, visit Ottawa Tourism’s website.