Yosemite’s Bounty and Plenty of Indulgences at Tenaya Lodge 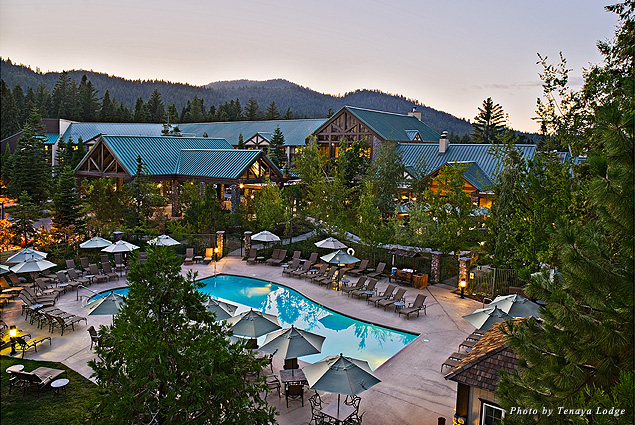 I came to Tenaya Lodge at Yosemite to decompress, particularly to indulge in its spa services. What can I say? Writing a memoir does something to the mind, and unless a writer can discover a sophisticated way to empty the brain, he/she is bound to go mad, screaming out into the night. Fortunately, I was in the Sierras and in lush proximity to Yosemite National Park, so my emotional howling would have fit right in with all the wolves living in this natural wonder.

But back to the decompressing.

Tenaya Lodge is perched in an idyllic location on Highway 41, just two miles south of the south entrance of Yosemite National Park, and about 55 miles north of Fresno International Airport. At first glance, the lodge itself is breathtaking—grand, stunning, and “lodge modern,” a term I am now coining because the property seems to be able to effectively blend the lodge vibe travelers appreciate when visiting Yosemite with effective splashes of 21st-century comfort and entertainment. 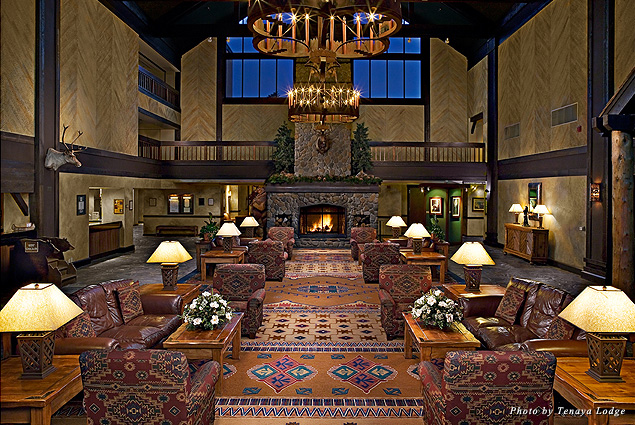 Good to know: The lodge is undergoing extensive multi-million-dollar enhancements and an expansion, which should take place in stages over the next year. So I expect the already comfy-looking slew of rooms—and the nearby cabins, in fact—to boast an even more plush, comfortable vibe. (Climate-control rooms and down bedding always win me over.) Also good to know: This is a pet-friendly lodge.

Meanwhile, the main lobby itself is a vast portal, complete with a stunning stone fireplace, sofas and chairs, and a grand piano. It’s always nice, too, to have a second floor overlooking the lobby, and the view up there is impressive; I found myself picturing what the place would look like around Christmastime with a decorated tree. Several restaurants and a coffee shop/snack/deli haven are situated adjacent to the lobby, and the property’s indoor and outdoor pools offer a significant amount of room for solo and family gatherings.

But … my own internal spa sonar is what originally lured me here. I had researched Tenaya’s Ascent Spa, which nabbed the title of one of the World’s Best Wellness Resorts, and I simply wanted to unwind a bit—the writing, the commas, the apostrophes, the periods, my brain on overload, and all that. 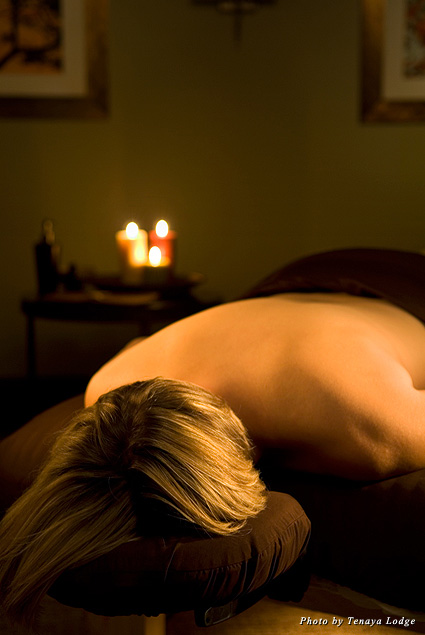 Best thing I learned: I love my spa sonar.

I was torn between Ascent’s Custom Massage or the Deep Tissue/Sports Massage, both clocking in at 90 relaxing minutes. I opted for the latter and must have dozed off a bit here and there as it grabbed me and pulled under its spell. In fact, everything from the actual treatment to the Ascent’s extravagant surroundings and treatment rooms all factor into creating the truly phenomenal spa package. Cucumber water in the spacious waiting room? Bring it. Sauna and steam room in the changing rooms? Stress-melting, yes. Cleanliness and hospitality? Downright refreshing here.

My post-massage thrill was a 90-minute custom facial, and while it included the standard neck, shoulder, and hand massage, the added bonus came with how knowledgeable the practitioner was. I could have stayed at the spa for another four hours, but alas, there was more exploring to do. (And oh, take note: There’s a kids’ spa offering for tweens.) 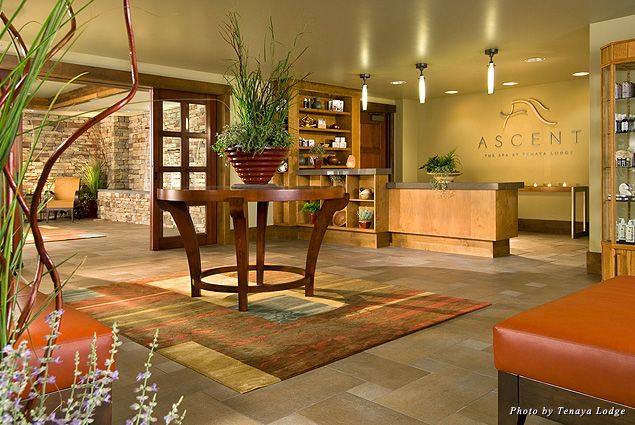 Activities. Where do I begin? It was somewhat comical for me to keep up with all that’s offered here and choose just one activity, or even a few. Using my moniker as a guide, I opted to partake in an archery session. There, in a shire down the small hill from the rock-climbing wall—yeah, there’s that, too—my guide allowed me to “have at it” for nearly a half hour. I never made the bull’s-eye per se. In fact, a throng of arrows sailed beyond the target and I feared I had wounded small animals in the bushes. Still, I did manage to not embarrass myself completely. A fun time all around and surprisingly Zen in that it’s a super blend of holding focus and letting go.

Outdoorsy types would appreciate the lodge’s access to mountain biking; its High Sierra Mountain Biking Package is worth checking out. Hiking, swimming, skating, and skiing should be at the top of the active person’s to-do list, and the lodge delivers on those fronts. Of course, Yosemite National Park is right in the lodge’s backyard, so there’s no shortage of hiking and scenery to take in there. Bass Lake is also nearby—to the south—and worthy of an experience.

Sustenance is a plenty around these parts, of course. I was intrigued with several of the culinary events the lodge has lined up during the year. The Thanksgiving Grand Ballroom Buffet sounds lavish and may reflect Tenaya’s love for delivering abundance on a number of levels, however, the kid in me got a kick out of the Gingerbread House Workshops offered in November and December. Other events, such as the Escape to Romance Package—a kind of summer lovin’ excursion that boasts picnic festivities (the lodge’s Valentine’s Day seems to promise similar culinary surprises)—and even the Summerdale BBQ (a bonafide taste of the Old West from June 17 to August 30) also stand out. 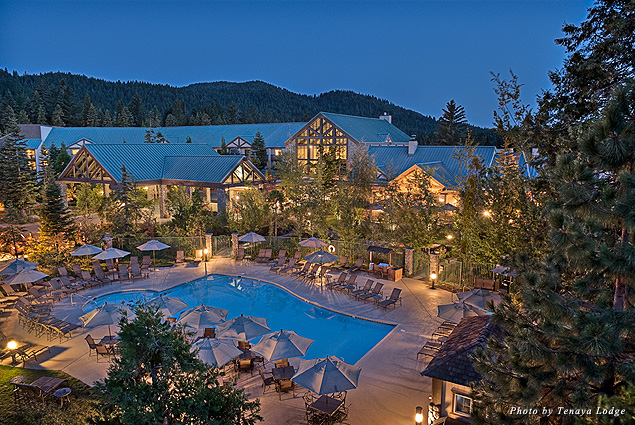 Beyond the events, I found Jackalope’s Bar & Grill at the lodge delivered high marks on its pub fare because, again, it offered a kind of bounty worthy of its surroundings—everything from hearty burgers and plentiful salads to an appetizer list that went beyond the standard fare and a kids’ menu with spunk and personality.

For those of you determined to be out and about a bit more, consider heading into nearby Oakhurst, just south on Hwy 41. You can find some plentiful Mexican fare there and a nice slate of other family restaurants.

The lodge’s fine dining comes in the form of Embers, and its enormous limestone fireplace immediately catches one’s eye. I am eager to experience more of executive chef Frederick Clabaugh’s signature Sierra Alpine cuisine, too.

Much like the experience one has visiting Yosemite National Park, you can get somewhat lost in the spectacle that is Tenaya Lodge. There are too many perks and offerings and packages—particularly for romantics—to list here, but it remains at the top of my list to make repeat visits, especially during fall and winter. One thing I would love to experience—and will at some point—is the lodge’s Yosemite Perseid Meteor Shower Package. I cannot think of anything more invigorating than partaking in an awe-inspiring package that includes a memorable trek up to—my fave!—Yosemite’s Glacier Point with an astronomy expert and watch the eye candy that is a meteor shower.

Chefs’ Holidays at the Ahwahnee and Other Joys of Yosemite