Why I Ran Away to Venice, Italy 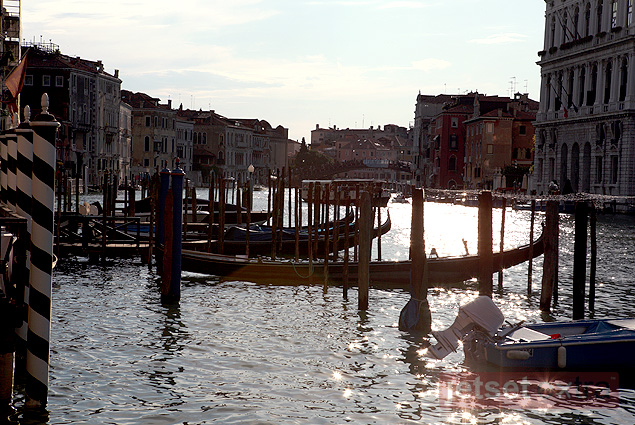 I celebrated a big birthday in June; you know, one of those numbers with a zero following a number higher than three? I wasn’t interested in a big blowout party or having all of my friends remind me of my age by playing jokes or giving me funny cards with a big ?-0 on it. Nope. Instead, I ran away to Italy with my husband.

We spent seven of our 10 days in Italy with friends between Puglia and Lake Como. The last three days were reserved just for us in Venice. Romance, good food, and a great hotel in a magical place like Venice was just what I needed to face the end of my fourth decade on this planet.

We stayed at the Centurion Palace Hotel, a member of the Small Luxury Hotels of the World. This hotel has a very traditional Venetian look outside but a super modern interior. We took a private water taxi over from the airport, and it worth the extra money to pull up to the hotel from the Grand Canal. Located at the mouth of the Grand Canal across from St. Mark’s Square, the hotel was close to the sites and shopping and provided easy access to Murano Island to see the famous Murano glass. 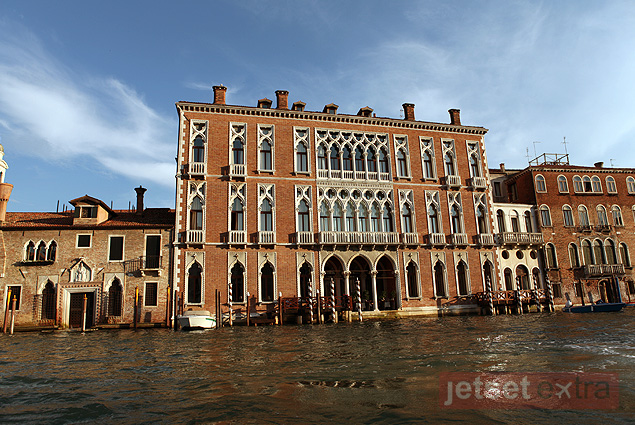 We arrived at the Centurion Palace in the late afternoon, after receiving a fantastic tour of the Grande Canal from our private water taxi driver, a born-and-raised Venetian who is very proud of the city in which he grew up. There is nothing like being introduced to a city from a local. It made for a very special beginning. 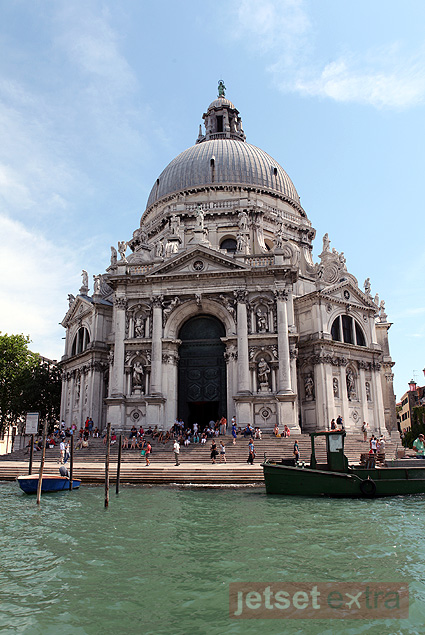 Once we pulled up to the hotel we were greeted by the hotel staff and directed into the lobby where we were checked in and then escorted up to our room to get settled and unpack. Our room was great and had a private patio where we could enjoy looking out over the streets and the city. We also had a partial view of the Basilica of Santa Maria della Salute. We wrapped up our day of travel by watching the sunset from the hotel’s Antinoo’s Restaurant, where we dined al fresco over the Grand Canal.

We had two full days in Venice so we decided to not make it our mission to see every attraction but instead to just wander around and enjoy the romance and energy of where we were. We took the ferry over to St. Mark’s Square to see the basilica and tower, but because I don’t enjoy standing in lines we skipped going into the tower or the basilica. Instead we admired the square for what it was while eating pastries, sipping espresso, and enjoying the live quartet at a nearby café. It is so easy to imagine how the square used to be during the Renaissance—men and women mingling within their social groups wearing their finest attire, out to see and be seen. It’s no wonder Venice was such a hub for the wealthy. 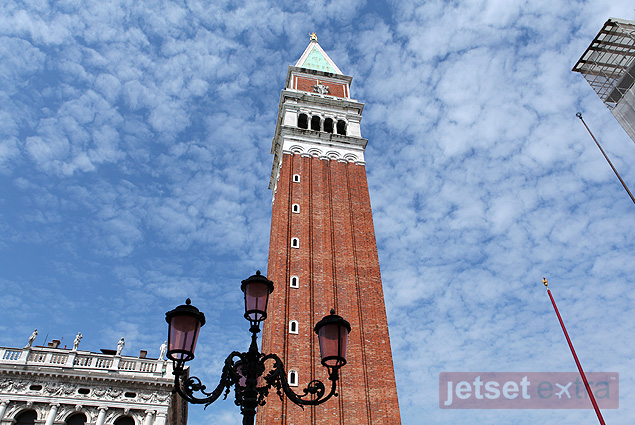 We quickly discovered why we had heard so many of our friends tell us about how they got lost in Venice; we did, too. The story goes like this: I had declared that since I was in Italy I had to come home with a Gucci handbag. Spoiled? Yes, a little, I admit it. Jason complied, but only because it was my birthday (do you really believe that?).

Earlier in the day, we had been window-shopping through all the amazing boutiques and happened to stumble into a Gucci store. Jason pacified me by saying we’d come back later. So, when “later” arrived, I said we needed to head back before the store closed. He loaded Google Maps to his phone, and off we went in search of the store we had found earlier.

Somehow we ended up walking around almost all of Venice. What did we see? Gorgeous detailed churches, museums full of art, modern dance demonstrations by university students, city squares full of people, yummy snacks of cured meats and cheeses, gelato, street vendors, homes where famous composers including Mozart once lived, and the Rialto Bridge. It made for a fantastic day and a fabulous time—and I did also get my handbag. 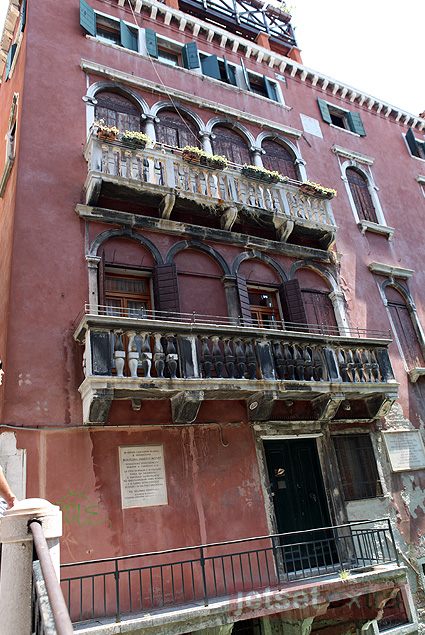 We also felt compelled to take a gondola ride. I mean it wouldn’t be a trip to Venice without having taken one. Our hotel arranged for our gondola to pick us up and cruise through canals. It was a fun experience and one everyone should do, but be forewarned there are traffic jams due to other tourists. Don’t freak out when it looks like you are going to crash into another boat or a building; the gondoliers are professionals and have everything under control. 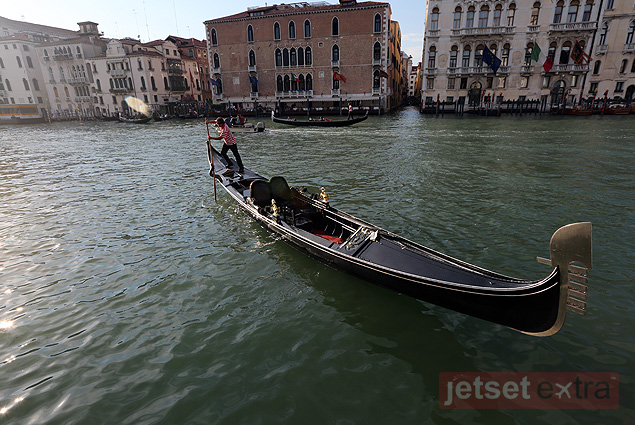 Jason and I wanted to head over to Murano, where the famous Venetian glass is made, so our hotel arranged for us to go there and meet with Massimiliano Schiavon, whose family is one of the original glass families in Venice. Massimiliano gave us a private tour of his factory and gallery and talked with us about how he doesn’t believe in the mass-produced glass his competitors make for tourists; he instead wants to bring the art of glassmaking back to Murano by creating one-of-a-kind pieces for his customers.

I have seen glass-blown art before, but this gallery had things in it I didn’t think were possible, including an entire motorcycle made completely from glass and chandeliers that look like jelly fish floating in water. We really appreciated the attention and time it took to make such intricate pieces of art.

The next day we decided it would be fun to take a boat tour, so we booked it with Walks of Italy. For two hours, we cruised the canals of Venice, ducking under low bridges and learning about how the city functions and where to get the best gelato. We also saw the where the famous Venetian gondolas are made. Cristina, our guide, was fantastic and very knowledgeable. She gave a great tour and really made us feel as if we knew the city better when we were done.

There was only one thing left to do before we headed home: I had to buy gifts for the kids as there was no way we could come home from Italy and not have presents in hand. When we got lost in the city, we happened upon a little shop full of handmade marionette dolls. We found our way back there and bought our youngest daughter a beautiful hand-carved Puss in Boots marionette and our older daughter a large butterfly-shaped Venetian Carnival mask.

From our hotel to the impromptu sightseeing and shopping, we had such a great time. This trip to Venice was wonderful and one to do again. I could go on and on about the great time we had, but I won’t. Just know Venice is romantic, fun, and full of surprises. If you can make it there, you wont be sorry.