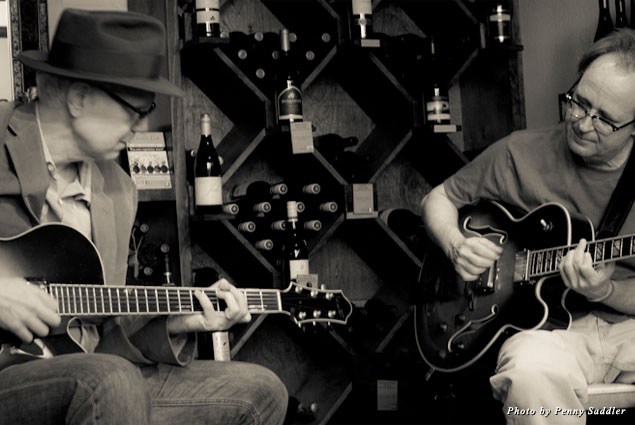 I believe one of the true tests of a city is great jazz. Along with excellent markets, fabulous architecture, and great food, jazz is a marker of a city I’ll return to again and again. I love music and have been lucky to know some truly world-class musicians. And fortunately, I live in Dallas, a city that abounds with great jazz venues and musicians.

The history of jazz in Dallas began as early as the 1920s in a neighborhood still known as Deep Ellum. Many of the early jazz musicians in Dallas recorded with names such as King Oliver and Louis Armstrong.

Throughout the history and evolution of jazz, musicians from the Dallas area consistently produced some of the best music in the country, and the tradition continues today with names including Brad Leali and Shelley Carrol. Leali was formerly the musical director and lead alto sax player for Harry Connick Jr. and a soloist with the Count Basie Orchestra. Tenor saxophonist Shelley Carrol has played with the Duke Ellington Orchestra, Edie Brickell, and the Temptations.

Want to know why Dallas is a hotspot for musicians? One reason is the University of North Texas, a school with one of the best music programs in the country, is located only 30 miles north of the city. UNT was one of the first institutions to offer a degree specifically in jazz. Shelley Carrol is a UNT alumnus, and Brad Leali is a current faculty member.

The cool thing is, many people come from all over the world to attend UNT, and once they graduate they usually stay. Some, such as the late James Clay, a tenor saxophonist, found success in Los Angeles but eventually returned to Dallas. 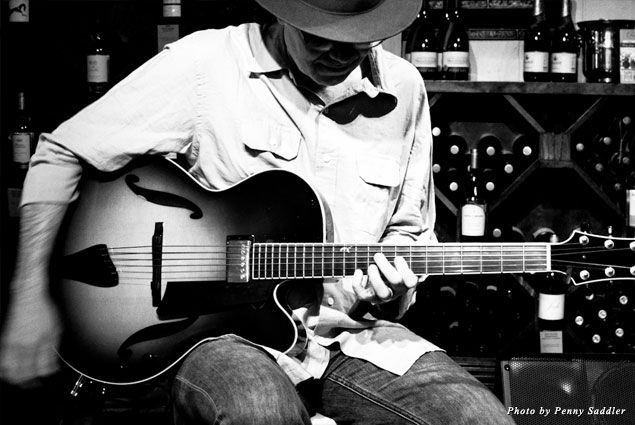 Jason Bucklin, a guitarist who calls Dallas home, spoke with me about the history of jazz in Dallas and why he believes it is one of the best cities in the world for music of all kinds.

Jason told me what really makes Dallas unique is there is a strong tradition of mentoring up-and-coming musicians by the more seasoned players. As a prime example, he spoke of Jimmy Zitano, a drummer from Boston who played with legends including Miles Davis, Charlie Parker, Billie Holiday, and Al Hirt, to name a few.

“What I try to emphasize when talking to people about JZ is that he symbolized the jazz scene in Dallas. He was a mentor to many, trying to keep the flame burning, so to speak. He would not give in to newer, more accessible trends in jazz, being a purist to the core. Some say that when he died, the Dallas jazz scene breathed its final breath. It was JZ’s wish that I would carry on his mission. I am trying to do just that,” Jason said.

Fortunately, jazz is alive and well in Dallas today. I asked Jason, along with a few other musicians, what makes a venue one they enjoy playing. Unanimously the answer was, “any place where I can play what I like (jazz), and where the audience listens.”

I’ve put together a short list of venues I enjoy for various reasons—the ambiance or just overall comfort—but mainly because they are places where great musicians play, where you can hear a variety of styles of jazz, and where each has its own vibe and attitude. 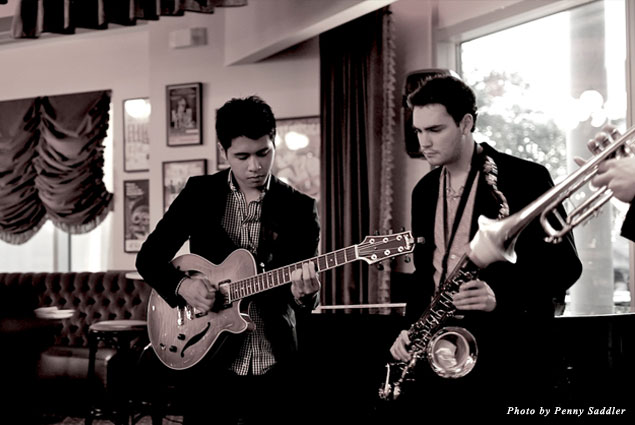 Cafe des Artistes is a beautiful little café designed after the brasseries of the La Belle Époque. Located in One Arts Plaza, the venue is right in the middle of the Dallas Arts District. There’s a terrific jazz ensemble led by Adam Nguyen that plays every Saturday night, adding to the Parisian ambiance. If smoking were still allowed, I think you just might feel as though you’d stepped into a time machine.

The music here is a mix of classic jazz from Ellington Songbook to more modern arrangements. You can stay for dinner or sit at the bar, which is what I usually do. I like the bartender here and feel comfortable being on my own. There are always lots of folks stopping by on their way to the theater, opera, or symphony.

Cafe des Artistes is a full-service restaurant. There is no admission fee.

In Dallas’ Oak Lawn neighborhood is a cozy little café offering wine by the glass or bottle, handmade Belgian chocolates, coffees, and desserts. It’s a unique spot, attracting couples, small intimate groups—and jazz lovers of all ages. Chocolate Secrets offers live jazz Wednesday through Saturday nights. Saturday is my favorite night, as friends Jason Bucklin and Terry Hankins play jazz guitar. Ask them to play some Beatles tunes for you; you haven’t heard the Beatles until you’ve heard it played with a jazz attitude.

Chocolate Secrets has a full event calendar on its website so check it out. There is no cover fee.

The Amsterdam Bar is located near Fair Park and has a very casual and young vibe. There’s a nice outdoor patio, and I hear the beer selection is amazing. Monday night is jazz night; you can often find legendary saxophonist Shelley Carrol there with other great musicians. The Amsterdam is a bit off the beaten path, and you’ll find quite an eclectic mix of folks there. It is definitely worth a stop. 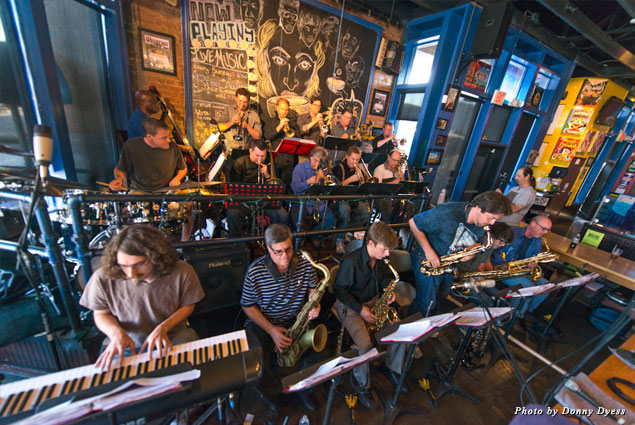 Buzzbrews is a tiny coffee shop located in Deep Ellum, a neighborhood with a strong musical history. Still, it’s a surprising venue for great jazz.

On Sunday nights, you can catch the Rebel Alliance Jazz Ensemble from 6:30 to 9:30. Rebel Alliance plays jazz from the Ellington Songbook, Count Bassie, and more modern influences such as Maynard Ferguson and Stan Kenton. This music is fun and energetic; you’ll probably want to dance, and I’m pretty sure if you can find a spot, no one would mind. At the very least, you will be bouncing in your seat.

The place is tiny so if you are sound sensitive you might want to sit in the back or take some earplugs—you’ll still be able to hear, believe me. Buzzbrews’ menu offers everything from eggs and bacon to burgers and fries. There’s also a full-service bar if you prefer to drink your dinner or just want to hang out. There is no cover charge.

Located above the Lakewood Theater in east Dallas, the Balcony Club is a longtime favorite, attracting an all-ages crowd. It has a very late-night vibe and draws plenty of locals. On weekends there’s a very eclectic audience and usually a wedding party or two. It attracts the famous and the not so famous, but it’s always friendly.

The website posts a calendar, but seriously, just go. It’s one of the coolest venues in Dallas, and they are open seven nights a week. Any night at the Balcony Club is a good night, and there is no cover charge.