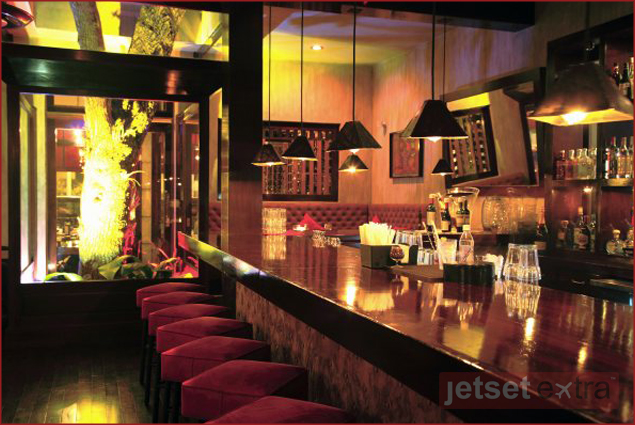 Given my stomach’s rocky past when it comes to food in Mexico, you wouldn’t think it’s the cuisine that has me longing to return. On a recent visit to Cancun, though, I sampled a menu that completely changed my outlook on dining in this resort destination and has my tastebuds begging for more. The restaurant was John Gray’s Downtown, where the eponymous chef serves up some seriously delicious flavor.

Part of the appeal of John Gray’s Downtown is that it is outside of the hotel zone. Head to the heart of the city and you’ll find a neighborhood eatery that caters to the local community. In its original form, the restaurant was a well-received, high-end, classic bistro. The aim of the restaurant changed, however, when John was approached by a group of young local culinary students. They recognized and admired John, but when he asked if they had eaten at John Gray’s Downtown they replied that they couldn’t afford to. John knew things had to change if he wanted his restaurant to make an impact on the community. He decided to shake things up to get the locals thinking about food in a whole new way. 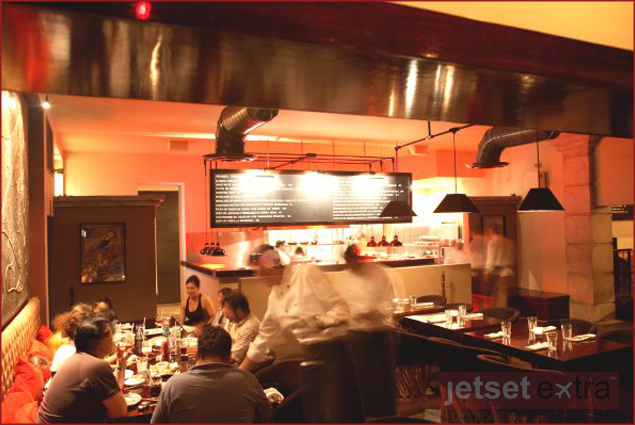 Now John Gray’s Downtown is the heart of its neighborhood. The restaurant’s menu was revamped to be more affordable to working men and women in the city. It features crowd-pleasing plates like Huevos Rancheros or homemade yogurt and granola for breakfast, sandwiches, salads, pizzas and crostini for lunch, and prime cuts of meat for dinner.

Meat is the star here. Hamburgers and meatballs are blended and ground in house, bacon is homemade and hand-cut, and sausages and hot dogs are all made by hand. A menu that might include hot dogs and meatballs may sound humble, but when made from scratch with the best of ingredients the most modest of meatballs becomes a culinary coup. The restaurant’s Executive Chef Karl Mayrhofler is the son of an Austrian butcher, and a trained butcher himself, who now serves up his family recipes for smoked sausages, bacon, seafood, and fish at Downtown. Mayrhofler personally prepares all meats and even built two stainless steel smokers behind the restaurant. To flavor the meats, the hot smoker burns a mixture of mesquite sawdust, rosemary, thyme, and garlic moistened with gin or whisky. Just imagine a gooey, flavorful, freshly smoked cheese sausage—that’s 2/3 pork, 1/3 beef, with chunks of gouda cheese. A cold smoker is connected to the hot smoker by 30ft of tubing and used for smoking delicate items like seafood. 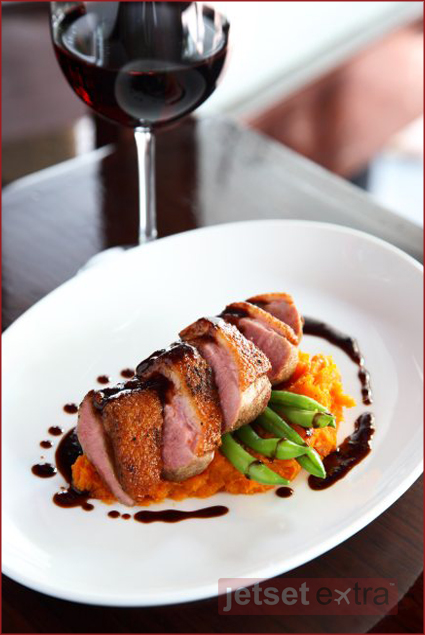 This homemade approach extends beyond the meat. Chef Gray and Chef Mayrhofler infuse all of their food with flavor and care. Homemade specialties include: house-baked buns, foccacia, ketchup, mayonnaise, marmalade, jalapeno spiced pickles and relish, and coleslaw. Gray’s signature dishes include Pan Roasted Duck Breast with a Chipotle, Tequila and Honey Reduction and sweet potatoes, Beef Ribeye with Roasted Garlic Butter, new potatoes and grilled asparagus, and Macaroni and Cheese with Truffle Oil and Grilled Shrimp. Finish your meal with decadent desserts like Coffee Crème Brulee, Banana Bread served with ice cream and lavender honey, and a Chocolate Brownie sundae so good I considered ordering another for the road.

John’s devotion to the community didn’t stop at making the best-quality food more affordable. John Gray’s Downtown also hosts free cooking classes for up to 12 people on the 15th of every month to demonstrate the importance of healthy eating. Taking dishes from the menu, these classes show locals and visiting foodies alike how to prepare healthy, delicious meals at home on a budget. 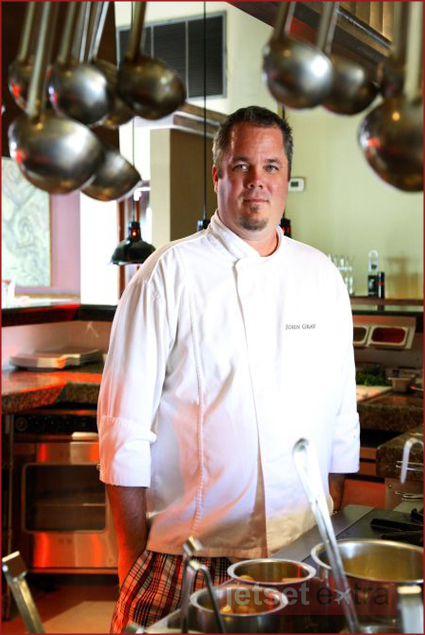 About Chef John Gray
Like most pros in the restaurant business, John Gray came from humble beginnings as a dishwasher-turned-line-cook decades ago in Southern California. In 1987 he began working at the Ritz Carlton Laguna Niguel as a prep cook under acclaimed chef Christian Rassinoux. The Ritz offered Gray a chance to work with renowned chefs like Paul Bocuse, Jean Louis Palladin, Julian Serrano, Bradley Ogden, and Wolfgang Puck as they staged culinary events at the hotel. In 1992, Gray became chef of one of the Ritz Carlton’s fining dining restaurants, Club Grill and Bar Supper Club, and soon after he was asked to open restaurants at the new Ritz Carlton Cancun as the Chef de Cuisine. Under his guidance, the restaurants—The Club Grill and Fantino—were both awarded the AAA Five Diamond Award. 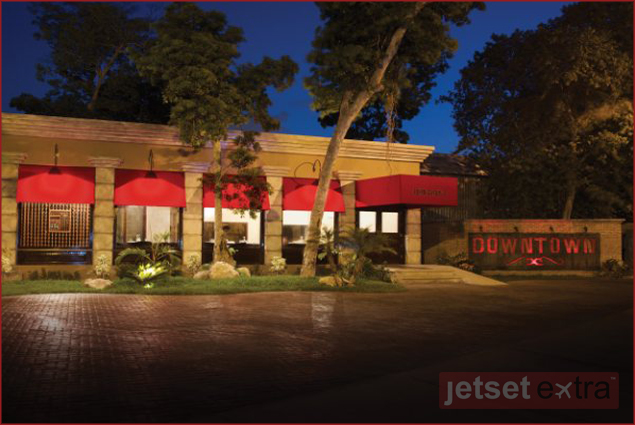 If you’re planning a Cancun vacation, skip the tourist traps of the hotel zone and head directly to John Gray’s Downtown. Take a class, take a taste, and enjoy quality ingredients and creative cooking in the heart of the city.

Editor’s note: John Gray’s is no longer at the above Xpuhil address; the restaurant is still there with the name “downtown” only.