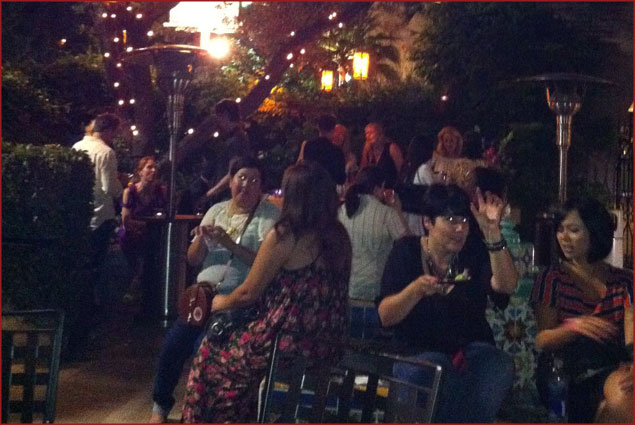 Like most of us, often times I crave culture. Satisfying that craving in Los Angeles is easier than Sunday morning. I got my most recent fix at the Geffen Playhouse, where I saw the theatrical production of the Exorcist. First, a brief history of the structure.

Once a Masonic clubhouse, the Geffen Playhouse now serves as a venue for a multitude of theatrical productions. Constructed in 1929, this unimposing building paralleling Le Conte was among the first 12 buildings in Westwood. The function of the building shifted to a theater when it was sold by the Masons to Donald and Kristen Comb in 1970. Desiring to restore the edifice to its original glory, they redesigned the courtyard and gardens to their former appearance.

Under their ownership, the building was now open to the public. They dubbed the theater the Westwood Playhouse and also included a furniture store and restaurant in the space. The theater underwent a change in ownership to Gilbert Cates when the Comb family donated it to UCLA. The new name of the venue, the Geffen Playhouse, is in honor of a financial gift provided by David Geffen. The interior of the theater is truly a sight to behold, thanks to a $17-million renovation project undertaken in 2001.

Prominent actors and actresses have graced the stage at the Geffen in a wide variety of shows. The relatively small seating capacity allows for an intimate connection between the audience and the production. The venue’s website invites visitors to “get inside the brassiest, darkest, and eeriest season” with a few other adjectives sprinkled in.

Now showing are productions of The Exorcist, starring Brooke Shields, and The Pianist of Willisden Lane, starring Mona Gollabek. Though both fall distinctly under the categorization of dramas, lovers of other theatrical genres have a lot to look forward to in the upcoming season as well. Later in the season, favorites such as the hit comedy Yes, Prime Minister will be staged.

The Geffen Playhouse provides a exclusive theater-going experience by offering themed evenings such as “Girls’ Night Out”. After a showing of The Exorcist on July 19, I attended this particular themed event. Audience members, cast, and crew intermingled in the elegant courtyard, sat alongside the tiled fountain, and sipped wine provided by California’s Martian Ranch and Vineyard.

Caterers and other companies provided refreshments, including a drink created in honor of the show and appropriately named the Red Devil. Along with enjoying each others’ company and savoring wine, spirits and culinary treats, attendees could get a commemorative photograph with the shadow of a devil in the background of the shot.

Along with “Girls’ Night Out,” “Talk Back Tuesdays,” “Lounge Fridays,” and “Wine Down Sundays” augment the entertainment for certain productions which are listed on the company’s website. These events give the audience a chance to meet and greet the cast and crew of the productions, another aspect that adds value to the experience.

David Stollings of New York is currently working as the sound engineer for The Exorcist, and feels privileged to work in such a venue and partake in the themed evenings. “The Geffen Theater is a modern facility built upon the beauty of a 1929 Shriner’s Hall. It is rare to be able to work in a space that is well designed, then step outside into one of two beautiful gardens to enjoy the evening.” 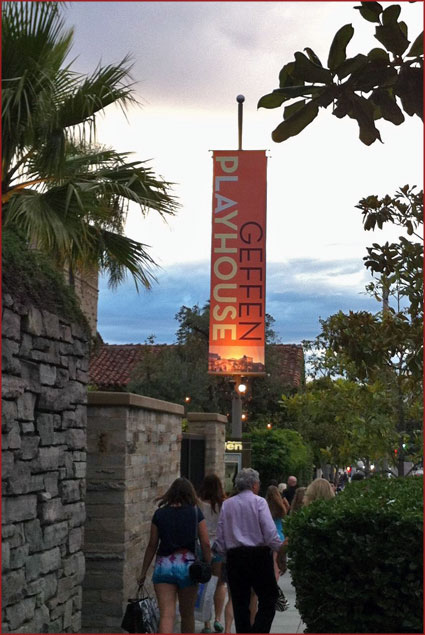