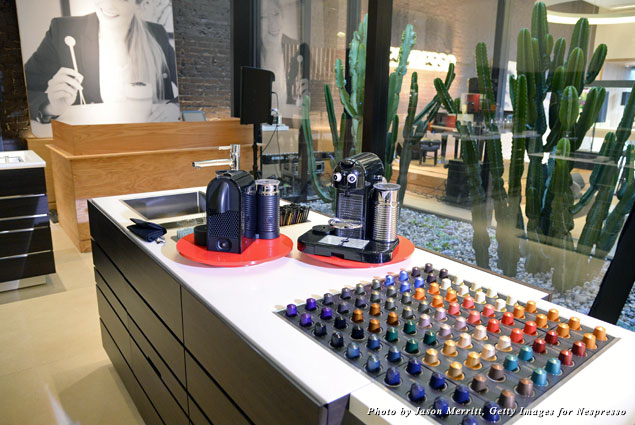 It seems everywhere you look—no matter what metropolitan city you are in—there is an abundance of coffee bars and cafés. With so many choices, the question arises: Where does one go for the perfect cup of joe? There are your chain stores, such as Starbucks and Groundwork, or indie coffee houses, such as Cognoscenti and Intelligentsia, but those who seek something new can look no further because Nespresso Boutique has arrived.

It is no surprise Nespresso, a brand that has become synonymous with luxury, elegance, refinement, and dare I say even sexiness (after all, the company did enlist Penelope Cruz and the “Sexiest Man Alive” George Clooney to be its spokespersons) introduced its flagship boutique in Beverly Hills. Located in one of the most exclusive neighborhoods in the world, the boutique is Nespresso’s sixth and is its largest in the United States. And, keeping with true Beverly Hills style, the Nespresso Boutique grand opening party was a fête to be unrivaled. 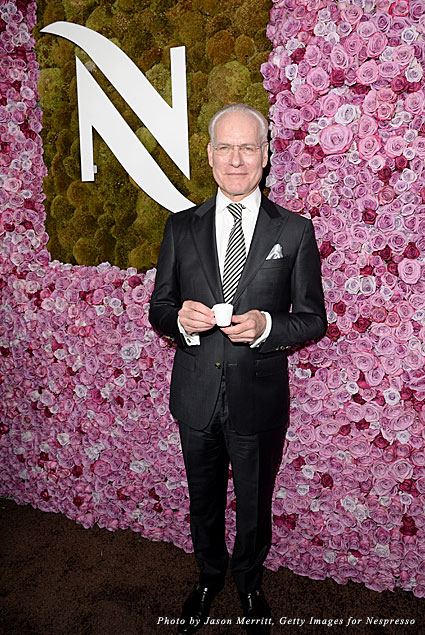 Style guru and design expert Tim Gunn, Nespresso’s new brand ambassador, hosted the swanky affair and was joined by celebrity guests including Grammy Award winner Chris Botti, Daisy Fuentes, Billy Zane, and chef Curtis Stone. The event also included a musical performance by famed producer-songwriter David Foster, who was joined by singer Michael Johns (“American Idol”) in an impromptu performance. I have been to quite a few events in this town, and I have to say this was by far one of the most impressive openings yet. 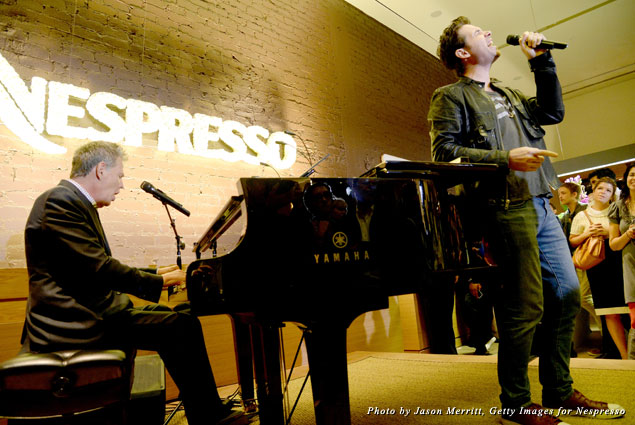 Let me begin with the food. There was a plethora of tantalizing treats to try, including fresh burrata (my favorite), sea scallops, petite fillet mignon, and a seafood station that could rival buffets in Vegas, adorned with stone crabs, oysters, lobster, ceviche, and Dungeness crab. There were desserts galore, and throughout the night there was a free-flow of wines and sparkling rosé, not to mention an inspired cocktail, the Nespresso Manhattan, which would have made Don Draper proud.

Then there was the coffee. Not to sound like a snob, but I have sampled some of the finest beans from around the world in my travels, and I must say the flavors I experienced here were exceptional. I began with a caffè latte with a Vivalto Lungo Grand Cru, a lighter-bodied blend, then had a latte macchiato; the barista tried to convince me to have it made with the Indriya from India Grand Crus (which has an intensity of 10), but as much as I love a strong espresso I would have been up all night if I drank it. Lastly, I indulged in Nespresso’s Moka Latte, with its perfect hint of cocoa; it was by far one of the best I have tasted. 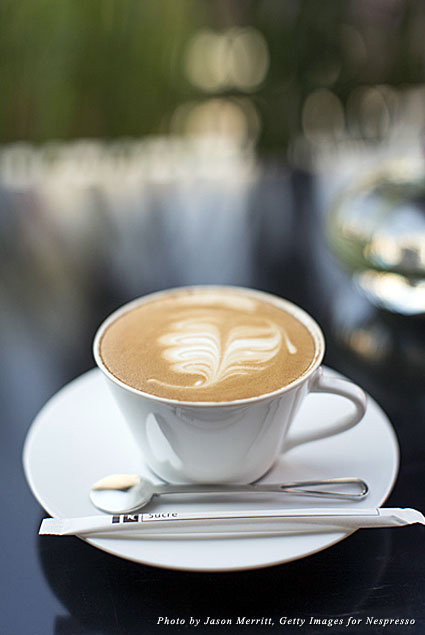 The store itself is stylish and sleek, with an indoor cactus garden, floor-to-ceiling Nespresso coffee pods in a rainbow of colors, an array of machines for novice to expert espresso makers, and an accoutrement of coffee accessories, not to mention a savory menu of light bites. If you are a breakfast person, try the soft poached egg croissant, which will pair perfectly with any of the espresso-based drinks, 21 “Grand Cru” coffees. If lunch is what you seek, there is a savory selection of soups and salads. You can even order a glass of wine with your meal and follow it with one of Nespresso’s freshly made tarts or pastries. Don’t forget to try one of the coffee specialties. 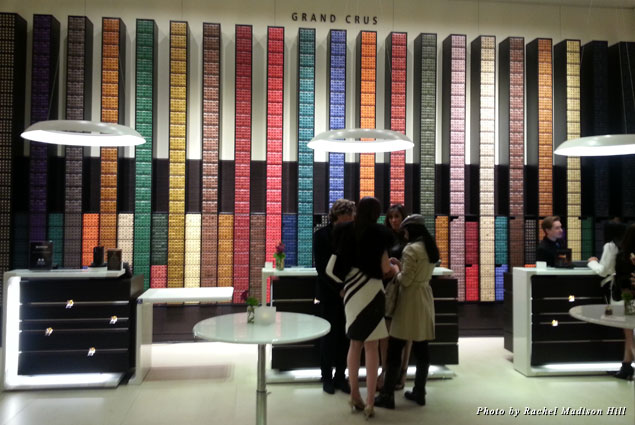 If you live in Los Angeles or are just visiting, make sure you stop by the Nespresso Boutique. Whether it’s to sample one of the barista’s favorite drinks, have a bite to eat, or to peruse the latest machines, you definitely won’t be disappointed.