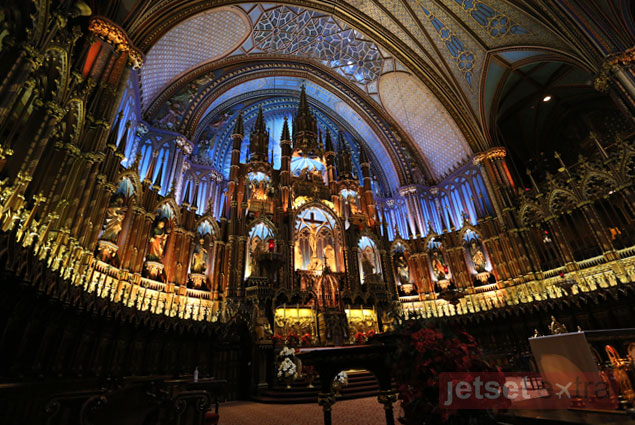 The last leg of our Canadian winter adventure took place in Montreal. We really only had one full day in the city to explore before we had to head home back to Los Angeles. We were growing weary of the snow and the cold, but something about being in Montreal was exciting and drew us out to explore and spend our last couple of days really enjoying the time we had left in Canada.

So what is there to do in Montreal in the wintertime?

This very impressive structure is rich in history and beauty. My kids loved the holiday light show the Notre-Dame Basilica offered at night. We watched the light show, learned a bit of Montreal history, and then explored the very ornate basilica. 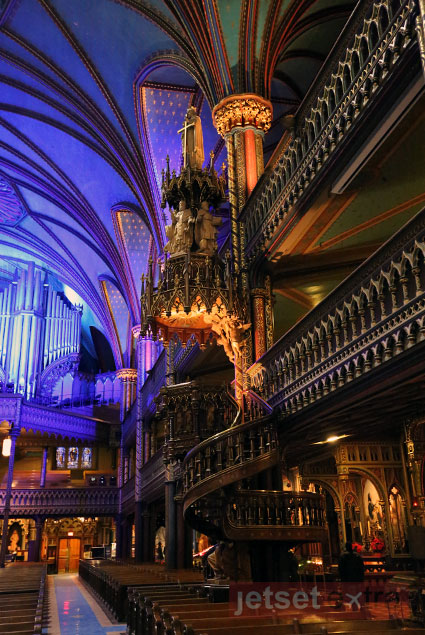 Really no visit to Montreal is complete with out enjoying a meal or two of crêpes and/or poutine. We stopped in at Crêperie Chez Suzette for a quick dinner the night we arrived and the next day sampled poutine at La Banquise. Yes, there is the traditional poutine with gravy and cheese curds, but one must try the Elvis style as it’s not only got the basics but also bacon, sour cream, and caramelized onions. 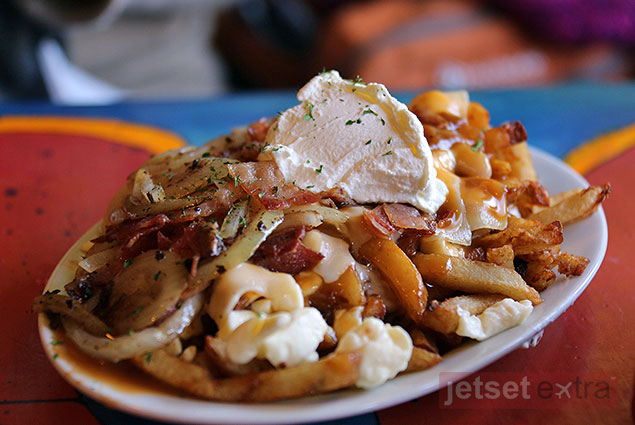 It’s not everyone’s cup of tea, but if you’ve never been to a city or are with people who’ve never been, a city tour is a great idea. You can call any city’s tourism office and ask them to help organize a tour. We met with Nadia Battani at our hotel in the morning and she led us on a half-day tour of Montreal. From the mountaintops to the ocean we saw quite a bit, including some wild foxes. 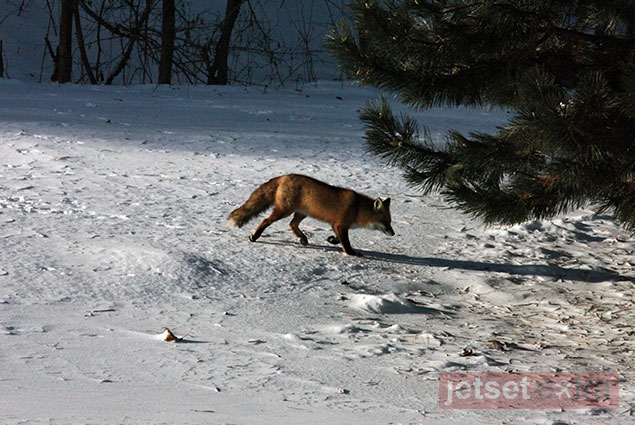 The Biodome is located next door to the Olympic stadium. It’s an interesting place to visit; I had never seen anything like it. The Biodome encompasses many different habitats and animals for those habitats. We saw everything from the tropics to the Arctic. It was very fun for Olivia, who couldn’t get enough of the penguins and “real live” beavers.

The Botanical Garden and Insectarium are located in the same area. Though wintertime isn’t the most ideal time for flowers and plants, the Botanical Garden’s greenhouses are full of wonderful displays of tropical plants and flowers. The Insectarium isn’t for the squeamish. I am not a huge fan of spiders or bugs in general. Some of the spiders in this place are huge. Beetles and stick bugs are here, too, waiting to say hello. 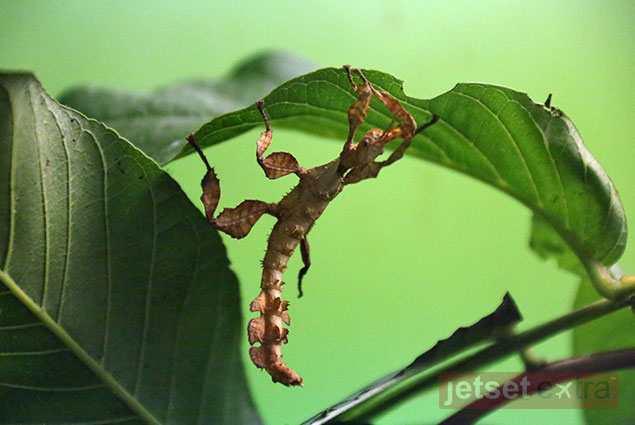 Old Montreal is a fun place to wander and shop during the day with the kids. In the winter, it’s not quite as busy as it is in the summer, but it’s still just as fun.

During our time in Montreal, we stayed at the Hilton Montreal Bonaventure. The kids were intrigued by the hotel’s outdoor heated pool. The weather at the time was -10 degrees Fahrenheit, so the idea of getting to swim outdoors was thrilling to them.

We had a great time in Canada, and ending our trip in Montreal was the best idea. Now to figure out where we are going for our summer vacation!

Montreal: A Great Girls’ Getaway Your Guide to Montréal During the Women’s World Cup