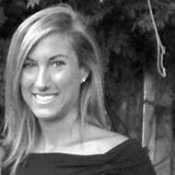 Risa Feldman’s extensive background in marketing, branding, public relations, and events has led her to form New Leaf Events and Marketing. Her role may range from producing the red carpet arrival segment for the Espys to producing the Super Bowl Celebrity Fashion Show and from creating a concept to uniquely launch a new product to interviewing Deepok Chopra for a PBS TV Special.

Risa achieved success in marketing and public relations and gained huge recognition during the 2002 Winter Olympic Games when she produced 65 first-time-ever live televised award segments, which gained her the spot of an Olympic correspondent on the Today Show. For the 2010 Winter Olympic Games in Vancouver, Risa was hired by the Vancouver Olympic Committee Sports Production Department to conduct 150 celebrity interviews which played in all the Olympic venues. Risa lives in New York and Los Angeles.