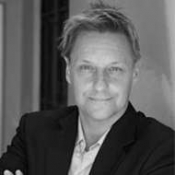 Greg Archer’s popular articles on the entertainment industry, social issues and travel have been published in a number of national and international outlets, including Oprah Magazine, The Huffington Post, Prevention, I.D., Bust, The Advocate, The Sydney Morning Herald, The Monterey County Herald and many others. His Red Carpet interviews appear on The Huffington Post, Examiner.com and GTv.

In addition to being the TV, Film and Arts columnist for the San Francisco Examiner, Greg has been Editor-in-Chief of an award-winning news and entertainment magazine (Good Times Weekly in Santa Cruz, California) for more than five years. His weekly column—and the publication—reaches more than 115,000 readers each week. In addition, Greg has won several writing awards, including two for Best Writer in Readers’ Polls; two for Best Feature story in the California Newspaper Publishers Association’s Better Newspaper Contest. Greg has served on the board of the Santa Cruz AIDS Project, the Santa Cruz Film Festival, and is a member of GLAAD and a strong advocate for human rights. In addition to feeding his love for travel, Greg tries to get out of his own way as much as possible.