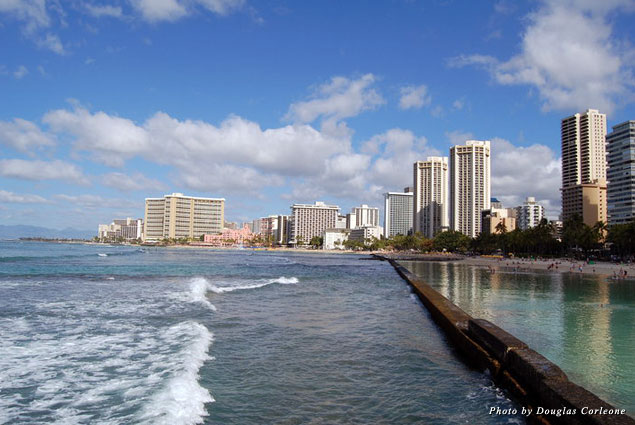 We’ve all at one time or another received a postcard that read, “Wish you were here.”  And I’d wager the great majority of the times we received such a postcard we fully agreed with the sentiment. The joy of travel is something nearly all of us can relate to, even if, like me, you live in a spot of the world that many think is perfect.

I write this from my home office on the leeward side of the Hawaiian island of Oahu. My wife and I moved here nearly five years ago after agreeing the archipelago would be a wonderful place to raise children. (We now have three). Yet not even the sight of the azure ocean or the feel of silky soft sand beneath our feet can extinguish our natural and passionate desire to travel.

I set my first three novels in Hawaii in order to capture a newcomer’s perspective of the islands—and to connect with some of the millions of people who visit the Hawaiian Islands each year. But when it came time to begin a new series, I looked away from my island home to Europe, to cities such as Paris and Berlin, which had captured my imagination years before.

Whether it’s James Bond sipping a martini in a Monte Carlo casino or Jason Bourne motoring through the streets of Mumbai trying to escape his would-be assassins, exotic settings seldom fail to ratchet up the excitement—not to mention the tension—in thrillers. Because while foreign locales can get the adrenaline rushing just by their newness, there is also something slightly unnerving about being in a strange place so far from home.

Maybe you don’t know the language. Maybe you don’t know the laws. Sounds like a recipe for disaster, right? In international thrillers, such as my new novel “Good As Gone,” settings can be transformed into sinister characters. Or they can be used to contrast an awful event, the way I use the intense beauty of Paris to contrast with the sheer dreadfulness of having a child abducted. 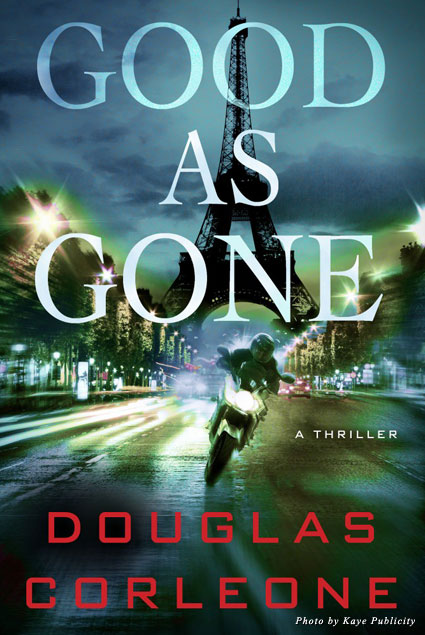 Of course, researching a setting for an international thriller can be a lot of fun. When I was in Paris, I toured the city as only a writer would—by taking note of the sounds and smells and anything else that could add depth to a story. Conversely, such research can amount to a lot of hard work. Even in the loveliest of cities such as Paris, there are dive bars and seedy back alleys where our hero must go to achieve his righteous objective.

As a reader, when I open the pages of an international thriller, I expect to be transported. I not only want to feel the rush of adrenaline the protagonist feels as he chases a potential witness across a busy freeway, I also want to taste the foreign cuisine and smell the cobblestone street following a vicious rainstorm. And of course I want to meet the people. I want those people to come alive on the page. I want to hear their language (even if just for a taste), and I want to hear the words they stumble over when they speak English. I want to hear the strange sentence structure; I want it sung like a song.

In order for readers to feel connected to exotic locales, it is vital writers avoid stereotypes. It’s also essential each foreign character is unique, just as people are in real life, no matter which part of the world you’re visiting.

I’ve discovered the best way to create believable foreign characters is to interview people abroad. Not a formal interview with a tape recorder and a pad and pen, but maybe a casual conversation at an Internet café or a bar. I take note of their speech patterns and the way they react to me when I speak about topics that are purely American. I like to engage them in debate. What’s the greatest sport in the world? American football or soccer? (For the record, the answer I receive is always soccer. But that’s no surprise to an experienced traveler.)

Like any conversation that takes place in a bar, I avoid topics such as politics and religion. But I leave myself open to pretty much anything else.

Some of my conversations continue well after the bars close, and those conversations are the best of all. The Warsaw lawyer Anastazia Staszak in “Good As Gone” is based on an actual Warsaw lawyer, with whom I spent several weeks (years before I was married, of course). The Berlin private investigator Kurt Ostermann is based on a German friend who works as an investigator for a large law firm in Berlin. And the French police lieutenant who makes his first appearance in the very first chapter of “Good As Gone” is actually a composite of several French police officers I had the pleasure to speak with while in Paris.

For the second book in the Simon Fisk series (which will be released in 2014), I chose locations I visited often. The story starts in Los Angeles then moves south to the Cayman Islands in the Caribbean and on to the rainforests of Costa Rica.

There are also certain places I choose not to visit—the jungles of Colombia, for instance. For those locations I conduct extensive book research. I confirm every bit of information using multiple sources because I know it’s imperative I get it right. The Internet, of course, is a tremendous help. Photos are one thing, but to watch a video of a guy driving a Vespa through the decrepit streets of Lisbon, Portugal’s Alfama district is another thing entirely. Lisbon is right there in front of you, and you can almost smell the Atlantic Ocean rising just beyond the confining and crumbling structures of the quarter. (Even though I had previously been to Lisbon, I say, “Thank you, YouTube, for the refresher!”)

When I decide to set a scene in a place I’ve never been, I ready myself for countless hours of reading and other research. At times it seems overwhelming, but on those days I lock myself in my home office here on Oahu, steel myself, and take heart in the fact that the great Bram Stoker had never once been to Transylvania when he wrote his timeless horror masterpiece, “Dracula.”