Traveling to Thailand Through Its Food 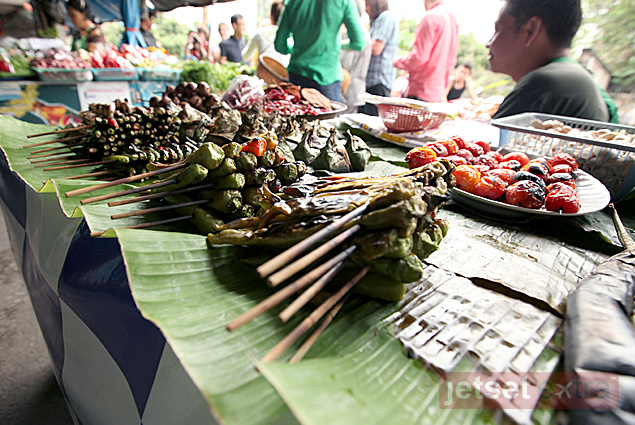 Those of us who do not travel often can still explore a far-away culture through its food, and the food of Thailand in Los Angeles brings us as close to the Thai culture as possible, even though our lands are separated by more than 8,000 miles. Srunyu Ampartrakarn, consul for the Royal Thai Consulate-General, estimates LA is home to the largest population of Thai people outside of Thailand; their influence on the LA landscape is on display through the volume of Thai restaurants located from Long Beach to Valencia.

For the past several years, the Royal Thai Consulate-General has partnered with Le Cordon Bleu, an international culinary school with a location in Pasadena, California, to introduce the Los Angeles community to real Thai ingredients and food. By bringing top chefs from Thailand and partnering with one of Los Angeles’ premier culinary educational centers, the Royal Thai Consulate-General hopes both professionals and home cooks will learn to appreciate Thai culture and food. 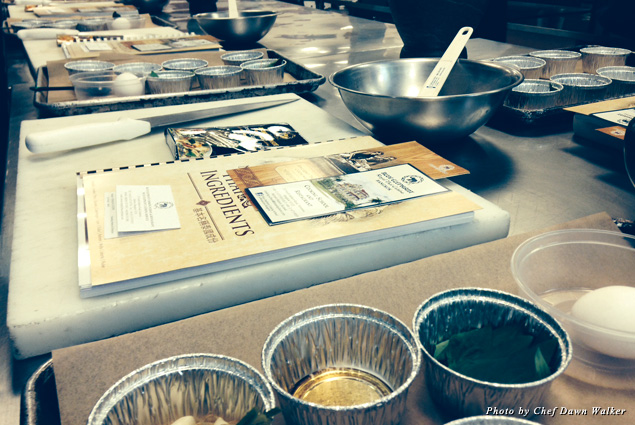 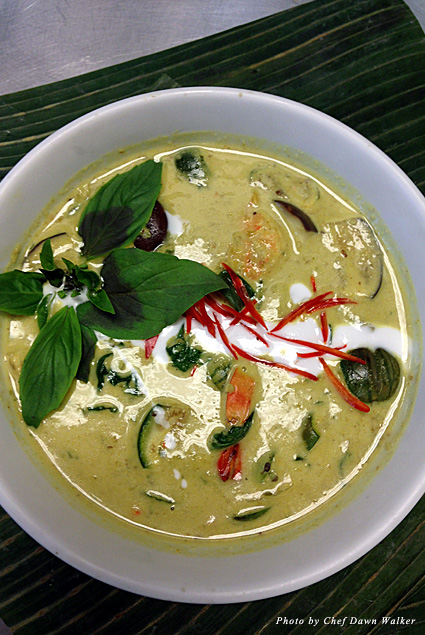 Many Thai dishes have savory, sweet, salty, and bitter aspects to them. The curries of Thailand incorporate several ingredients and spices, bringing intense flavors and textures to the dishes they coat. The salty seasoning comes from fish sauce, an amber-colored liquid made from fermented fish and sea salt.

I enjoyed preparing the duck salad with tangerine sauce. Chef Nooror’s dish was created specially for the Royal Project, a movement to rid Thailand of opium farming for new crops not native to Thailand. This dish is her version of duck a l’orange and showcased the new crops recently cultivated in Thailand, such as tomatoes and spring onions. To prepare it the duck breast is marinated in soy sauce, pepper, garlic, coriander root, oyster sauce, honey, and Palow powder (five-spice) and gently cooked for 20 minutes or until pink, a cooking preparation reserved for high-profile guests. 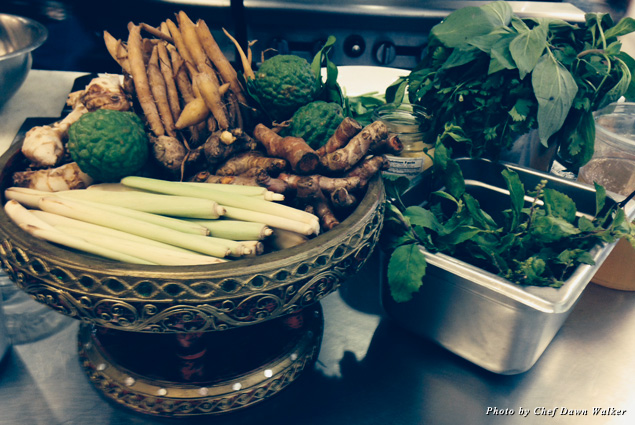 The tangerine sauce was a combination of interesting ingredients, including pickled garlic, tangerine juice, and palm sugar, and was more reduced and concentrated into a sweet and sour coating for the duck. The bird was served over a salad of spring onions, cherry tomatoes, garlic, bird’s eye chili, lychee, onion, Thai saw leaf coriander, orange juice, fresh lime juice, and fish sauce.

Through this dish I learned how food is prepared differently for influential guests (for example, serving medium rare duck versus well-cooked meat). I appreciated chef Nooror and chef Sandra’s descriptions of fine dining in Thailand, which includes serving small portions that are gently cooked and filled with rich, expensive ingredients such as duck, crab, and shrimp. Chef Sandra described her mother’s professional kitchens, where she is known to invite diners into the kitchen to see how clean the kitchens are—something not known to happen often in Western culture. 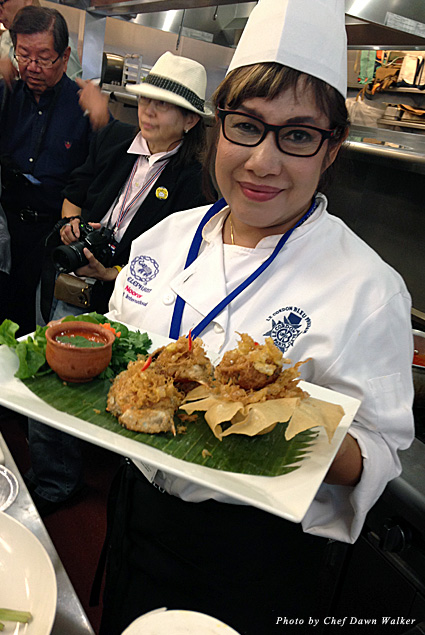 Thai chefs exhibit pride for their homeland through the use of authentic ingredients and simple preparations with complex combinations of herbs, spices, and sauces. The best thing about Thai food is the juxtaposition between savory and sweet and salty and bitter and the variety of textures. The duck salad with tangerine sauce was a perfect example of chef Nooror’s French cooking training using traditional ingredients plated elegantly.

Historic & Hip: An Architecture-Themed Trip to Los Angeles Beverly Hills: A Local Rediscovers the Golden Triangle and Beyond