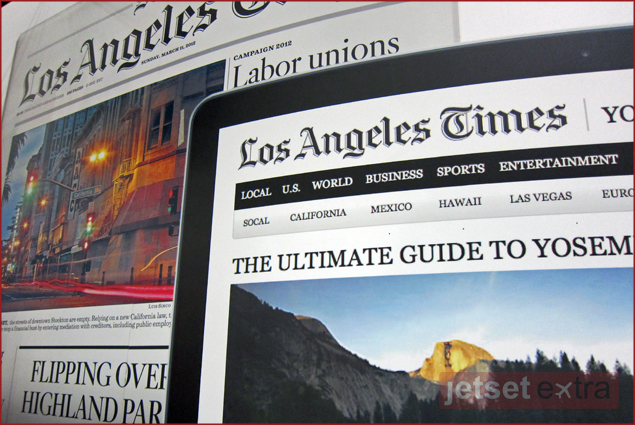 The annual Los Angeles Times Travel Show is a weekend-long flurry of activity, with destination-centric booths, dancers, speakers, music, and the chance to connect with some of the top names in the travel industry. At this year’s show one theme seemed to stand out: technology for travel.

“The future of technology really is about travel,” Joanna Stern, ABC News technology editor, says, adding it is all about tools that make being away from home a better experience. According to Stern, 45 percent of Americans own a smart phone and 31 percent own a tablet—and three out of four active travelers use mobile devices while on the move. 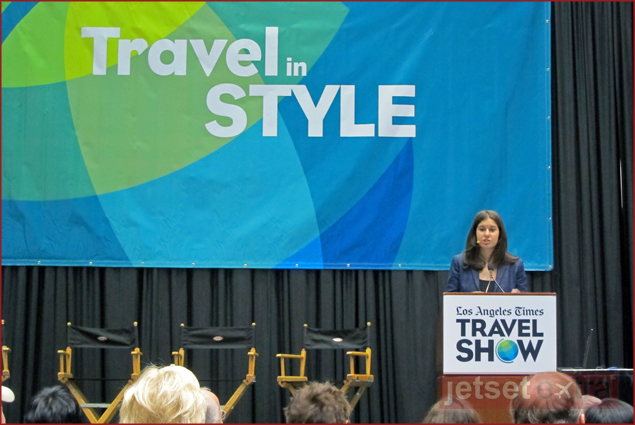 What products are best to bring while traveling? Stern says a common dilemma is whether to bring a laptop or a tablet … or both. The laptop is the workhorse, although it depends what type of work needs to be done. While the tablet is great for play (by downloading games, movies, and television shows), it can also be used for light work with applications such as Pages, Dropbox, and Quickoffice. Keyboard covers for tablets make typing easier and run at around $100, Stern says.

For those who need nothing more than a good book as vacation entertainment, an e-reader might be the best choice due to the use of electronic ink that makes for easier reading in the sun.

And then there’s the smartphone. “This has become so crucial when we’re on the go,” Stern says. The smartphone has replaced physical devices we are used to taking with us while traveling, such as a GPS, a translator, a calling card, and travel guides. 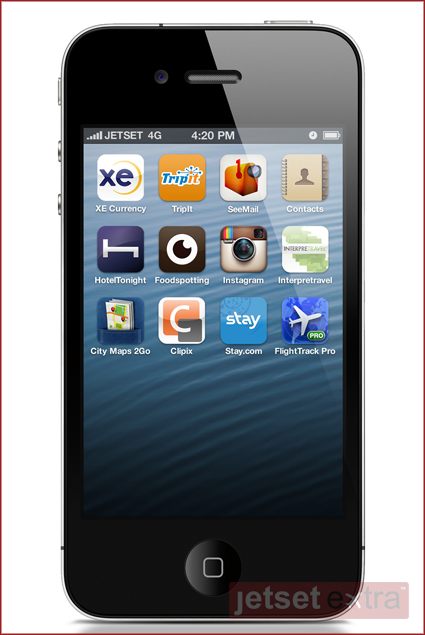 When once travelers might have rented a global positioning system along with a car, many people now need only their phone to access maps and directions while out of town. GPS apps on a smartphone are also often connected to social media, which can enhance the experience, Stern says. One drawback to using these apps, however, is the need for Internet connection, which can be unattainable or expensive when traveling overseas. According to Stern, Google Maps for Android offers offline maps, as does the Lonely Planet app.

For those traveling in a foreign country, applications such as Google Translate can turn the phone into an interpreter. Although Internet connection is often needed for translation apps, Lonely Planet and Word Lens have offline capabilities. When the time comes to call home, Skype offers free calls from one user to another, as does FaceTime for Apple users.

In lieu of travel guides, many people on the move look to Yelp’s ratings and reviews to determine what’s good in a given area. Apps such as Tripomatic help plot an itinerary, while TripAdvisor sends Facebook notifications in addition to helping find flights, hotels, and restaurants.

Apps can be a big help when planning and booking a trip, says self-described frequent leisurely traveler and LA Times’ “Web Buzz” column writer, Jen Leo. Most travel-planning sites, such as Expedia, Priceline, Viator, TripIt, and Kayak, also offer phone and tablet apps, as do big-branded airlines and hotels.

Leo recommends using WorldMate Gold, which not only helps plan a trip but can also let you know if a flight is delayed, book a last-minute hotel, calculate tips, connect with LinkedIn, and give the weather. This app is similar to TripIt, and Leo recommends trying out both to see which one fits best with your travel personality. 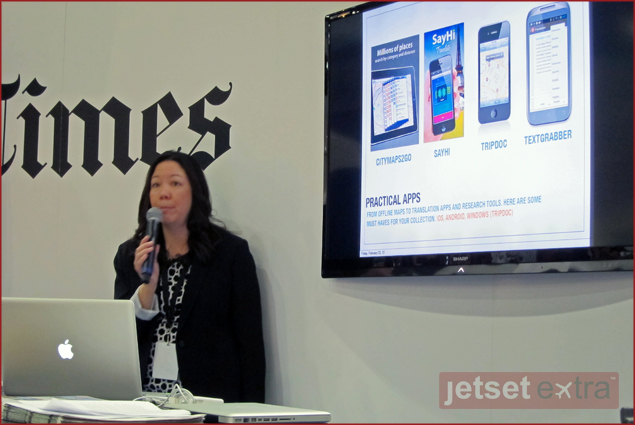 One plus to using TripIt, Leo says, is it connects to an app called GateGuru, which provides information about security lines and the restaurants and stores found in a terminal. GateGuru can be used without TripIt, as well. The visually pleasing AirportChatter also aims to make time at the airport more enjoyable with reviews and ratings about businesses in each terminal.

There are also apps that can help save money while traveling. Airbnb and Couchsurfing offer discounted lodging options, while apps such as Groupon and Travelzoo are useful for finding deals for food and activities.

“When you are researching apps always, always, always read the reviews,” Leo says, adding, “There are so many photo apps it could be a part-time hobby to go through them.” To name a few: O-Snap! Time-Lapse & Stop Motion, Postagram, Fuzel, and KitCam. 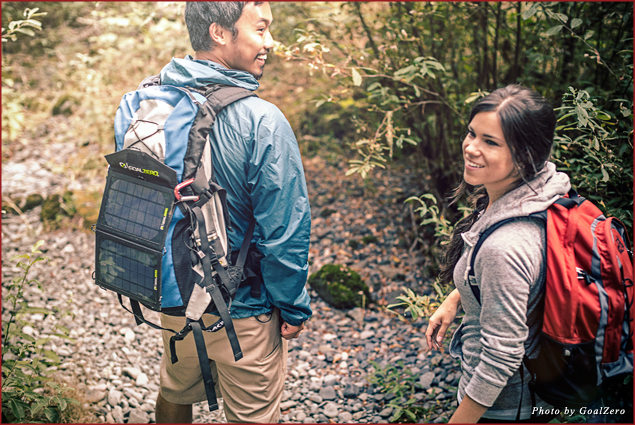 With all the devices and applications available to make every trip a successful one, the challenge remains to keep electronic devices charged and ready to use. That’s where companies such as GoalZero come in. GoalZero, which had representatives on hand at the travel show to showcase and demonstrate its products, offers portable solar battery chargers and panels that provide fuel for everything from smartphones to refrigerators and televisions. Popular with outdoorsy types and emergency preparedness planners, GoalZero’s products can also ensure jet setters can recharge wherever their travels might take them—all that’s needed is some sun.

While GoalZero offers a solution to a low-battery warning, Stern says better battery technology in general is one thing we need in the future of electronic devices. In addition, Stern predicts wearable technology is an upcoming trend, with bracelets and trackers currently used to count steps transformed into devices to map a travel route. The much-discussed Google Glass, a wearable computer currently being developed by Google Inc, has the potential to provide information about a place just by looking at it, Stern adds.

The bottom line? “Travel is going to get even better,” Stern says as technology continues to assist and enhance our jet setting experiences.

Want more from the LA Times Travel Show? Hear from a few of the exhibitors and event attendees in this video: