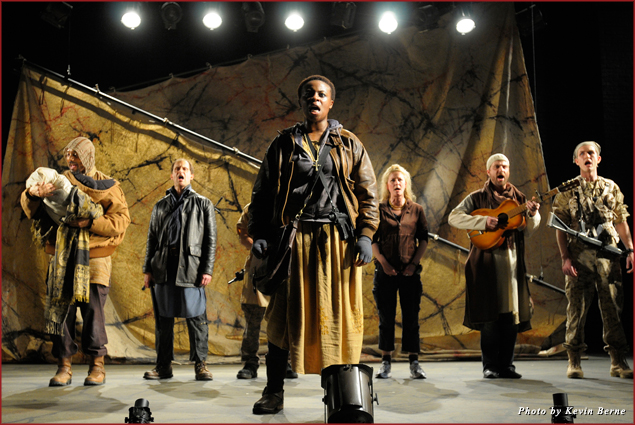 Appearing on stage through March 14th at the American Conservatory Theater (A.C.T.) is a startling production of Bertolt Brecht’s (The Threepenny Opera, Mother Courage and Her Children) modern masterwork, The Caucasian Chalk Circle, as envisioned by Tony Award-winning designer and director John Doyle. It is the world premiere of a new translation by A.C.T. Associate Artist Domenique Lozan, and marks John Doyle’s return to the Bay Area for the first time since his tour with his Broadway production of Sweeney Todd. 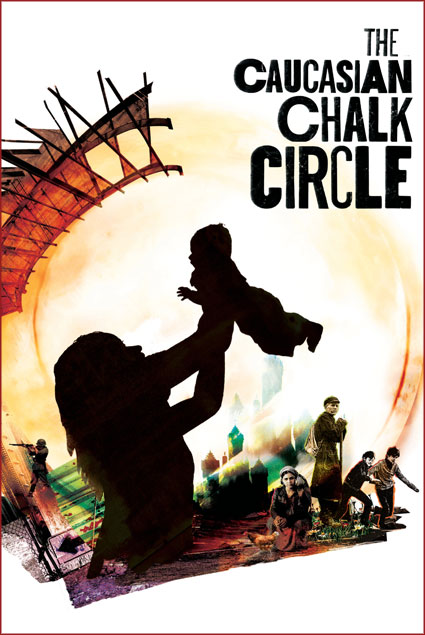 Set in a war-torn society, the play follows a servant girl who unwillingly shelters the abandoned child of her wealthy employer—a child she comes to love as her own, even to the point of sacrificing her own happiness for his safety. When the mother returns to claim her son (and his large inheritance) their combined fates are left in the hands of an unpredictable judge with a dubious moral compass. 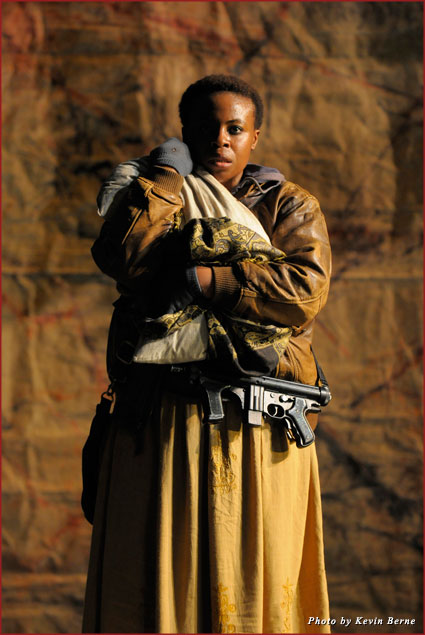 The aesthetic of the play fits what has come to be John Doyle’s signature: a stripped-down stage, actors taking on multiple roles, and music generated by the actors themselves (none of them musicians by trade) often with found objects rather than traditional instruments. I’ve witnessed Doyle’s style used to glorious effect in his stellar 2005 production of Stephen Sondheim’s Sweeney Todd. That show, which was a smashing, award-winning success, showed how visionary and passionate Doyle’s unique portrayals can be. The same principles apply, though to more middling success, in The Caucasian Chalk Circle. The set—made of undefined pipe and drape, chain link fence, sheaves of loose paper, and a few objects salvaged from junk yards—invites the audience to fill the gap, making the scenery “real” through the interactions of the characters with their surroundings. 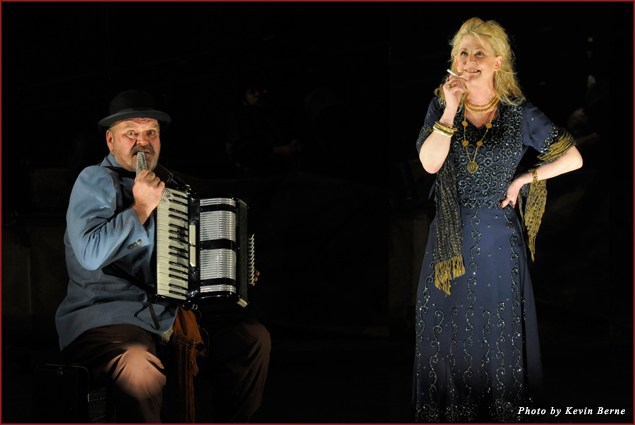 “Brecht is hard,” one attendee was overhead saying of. And so it is. The Caucasian Chalk Circle isn’t a play that allows you to sit back and be blithely entertained. It requires an imagination of your own and a willingness to have your senses shocked. The script is challenging and full of contradictions: the protagonists are deeply flawed, kindness is immediately juxtaposed with cruelty and crassness, and the play demands a deep suspension of disbelief only to break the spell when characters interact with the audience. Couple that with a pared down stage and an unusual score by composer Nathaniel Stookey (The Composer is Dead), and it is theater that makes you work. 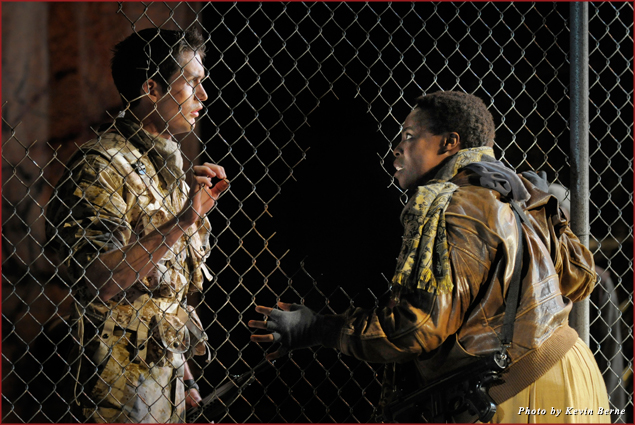 But it is also theater that makes you think. Brecht wants you to ask yourself the big questions: What is fair? Who decides what is right and wrong? Do we trust our judges? Aren’t we all a little good and a little bad? At the end of The Caucasian Chalk Circle, it’s what you bring to the play that determines what you take away.