Tips for Visiting South Africa over the World Cup 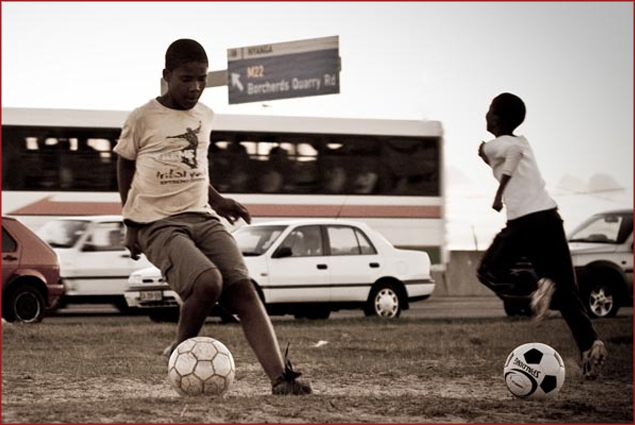 I’m starting with this one because I’m sure it’s on most peoples’ minds. Let me begin by saying that I have been living in Cape Town for over 10 years and have not been a victim of crime. When people watch the news or read articles about South Africa, they get the impression that crime is rampant and you aren’t safe anywhere, this is not correct.

Most crime is opportunistic. So if you do not create the opportunity then the chances of being a victim of crime are much less. An example is leaving something inside a car (eg handbag, items of clothing etc.). If someone is walking past and they spot these items, they will break the car window and steal the items. So always make sure you put everything in the boot (trunk) of the car. Equally, when you are driving around, don’t leave your handbag on the passenger seat. When you stop at a traffic light, someone might see it and decide to smash your window for it. Keep all valuables in the boot.

Another important thing to do is plan your cash strategy. Take note if these tips: 1) don’t carry too much cash, 2) don’t withdraw cash at night unless you’re in a secure place 3) do have a current account with limited funds (you don’t want them emptying out your life savings). Don’t go to ATMs at night in town. If you were a criminal, where would you find your victims? Exactly…walking away from an ATM with a wad of cash.

Be careful which areas you decide to visit. I know that there are tours into townships but it’s not safe to go there on your own. Keep to the main areas.

In general, just be careful. Don’t be flashing your fancy toys (cameras, phones, etc) around when you are walking around town. Someone will see it and decide they want it. If you do happen to be attacked/mugged, don’t fight back. While many criminals are just desperately trying to feed their families and don’t want to hurt you, there are those who actually want to hurt you and are looking for any excuse. Don’t risk it, do what they say.

Transport
We do not have a great public transport system in South Africa. Most people buy a car as soon as they can afford it. In Cape Town and Johannesburg, there is a new Integrated Rapid Transport system. But it has not been well tested, so I can’t vouch for it. Part of the IRT will be a bus which runs from the airport into town. Use that. It will be a quarter the price of a metered taxi. It will take you to the station in town and you can get a taxi from there.

Metered taxis are quite expensive at around R10 ($1.5) per kilometre. Don’t pay more than that. They are fine for short distances but it can become expensive when going further. Make sure you know how far you are going before you get a taxi to take you there.

Minibus taxis are popular with locals and are very cheap. They can be a little unsafe. If you decide to use them, watch your valuables, as other passengers like to help themselves to your stuff. They normally charge about R5 to get from one suburb to the next.

Restaurants
It will be difficult to get a table at most restaurants, I imagine. So I would recommend phoning ahead to book. The standard tip for waiters is still 10% of the total bill and a bit more if you thought the service was good. I’ve had waiters tell foreign friends of mine that the standard tip is 20%. It’s not, believe me.

Beggars
There will be a lot of begging happening. Unfortunately, it is a reality of South Africa that many are unemployed and begging is their only option. We try and encourage beggars to go to night shelters, and so we try avoid giving them money. I would normally recommend that travelors also don’t give the beggars money, but on this occasion why shouldn’t they benefit from the world cup? If you see someone who looks like they need help and you feel like you want to help, feel free to give them something.

Weather
It’s going to be cold. A lot of people picture Africa as a hot place. But let me warn you, it will be cold here in Cape Town. Bring warm clothes.

You’re going to have a great time in South Africa. We’re looking forward to welcoming you.

Spier Contemporary Art Competition and Exhibition A Day at the Races