This Gallows Humor Will Expertly Tickle Your Funny Bone 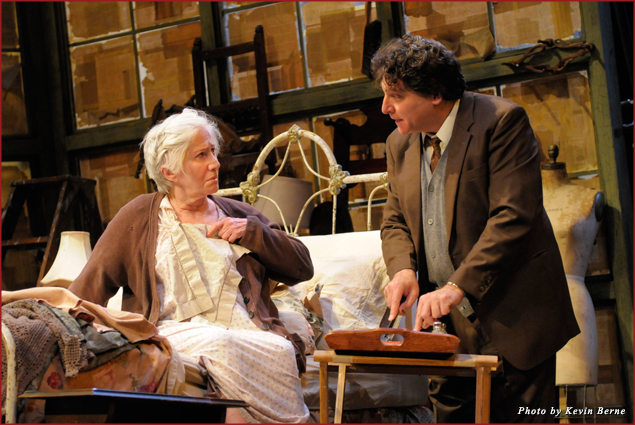 Now playing at the American Conservatory Theater (A.C.T.), Vigil is the tale of an ailing aunt with unexpected longevity and a neurotic nephew who is determined to see her with one foot in the grave—even if he has to help. Written and directed by Morris Panych (The Overcoat), Vigil is a wickedly funny piece of gallows humor that takes a close look at life, death, and family in unexpected ways. 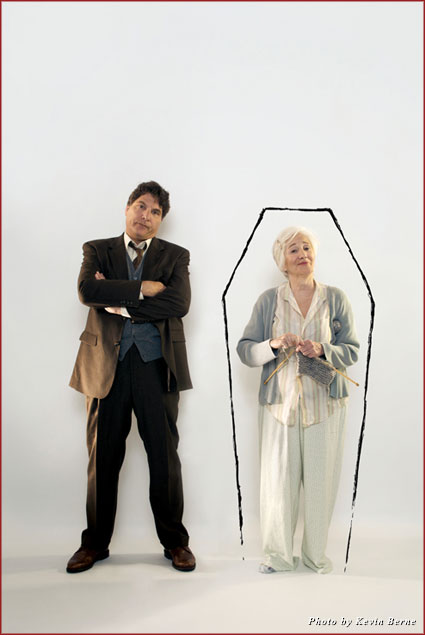 As the play begins, the lights rise and fall on short scenes filled with quips so morbidly funny you’ll feel a bit naughty just laughing at them. The nephew, Kemp, is called to the deathbed of his ailing aunt and couldn’t be more exasperated. From the very first scenes, which find Kemp measuring his Aunt Grace for her coffin before she’s even gone, Vigil lets you know exactly what you’re in for, and it’s not a sappy end-of-days drama. Instead it’s the portrait of a man with no filter between the brain and the mouth, who always says and does what’s politically incorrect, and who doesn’t have the wherewithal to realize just how tactless he really is. Marco Barricelli, a Bay Area veteran actor, plays this incurably insecure curmudgeon with spot-on timing, always pushing the envelope to get the maximum comedic impact from his character’s callous cluelessness.

The role of the aunt is played by Olympia Dukakis, who has inhabited a number of stellar roles on both stage and screen, but who for me will always be the matter-of-fact mother in Moonstruck—a role that garnered Dukakis an Academy Award and a Golden Globe. It’s a subtle and finely wrought performance, as Dukakis’ dialogue is limited to just a handful of lines throughout the entire play.  Her positively cheeky portrayal of an aunt determined to soldier on is a joy to watch.  And when she does get to speak, the lines are real zingers, designed to make you cackle. Dialogue aside, Dukakis says more in the way she tiptoes across a room to sneak a cigarette than some characters do in an entire monologue. 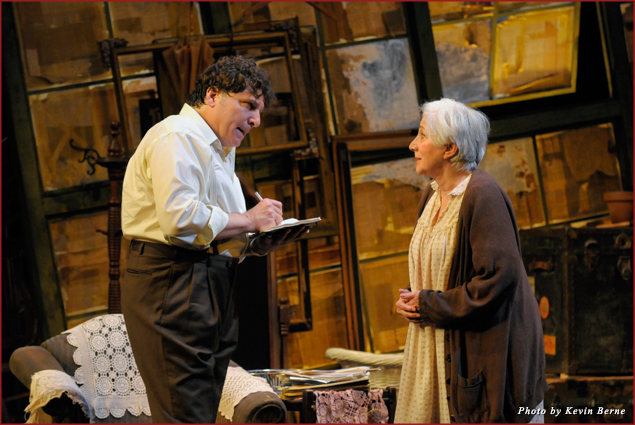 The creative team on Vigil was clearly in sync for this production.  The set, by designer Ken MacDonald who also handled the costumes, is a gem—a run-down attic apartment that puts the aunt barely on the right side of hoarding and whose squalor adds immensely to the seemingly interminable length of the nephew’s visit. Lighting design by Alan Brodie and the sound by designers/composers Alessandro Juliani and Meg Roe give movement and pace to a play that unfolds entirely on one unchanging set. 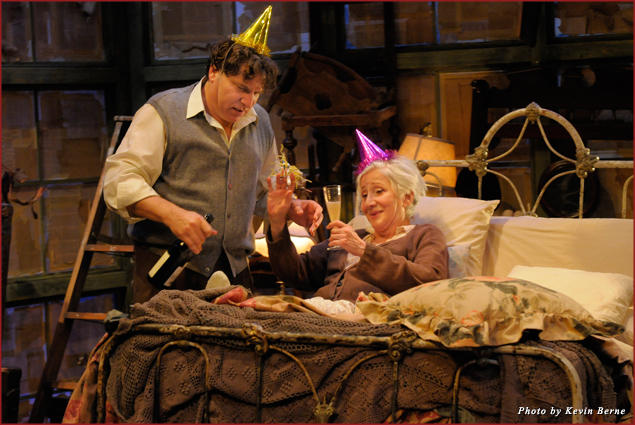 As Aunt Grace improbably thrives, and her nephew’s stay stretches from days to months, the pair’s dynamic shifts and grows as much as it can within the limits of the Kemp’s self-involved nature.  I won’t spoil the ending for you, but suffice it to say there’s a twist in Vigil so well set up, it’ll knock you flat. It’s devilishly clever and a delight to watch unfold.

I Want Candy San Francisco Greets the iPad and Squares Up