“The Trip” 1: Winston-Salem to Nashville 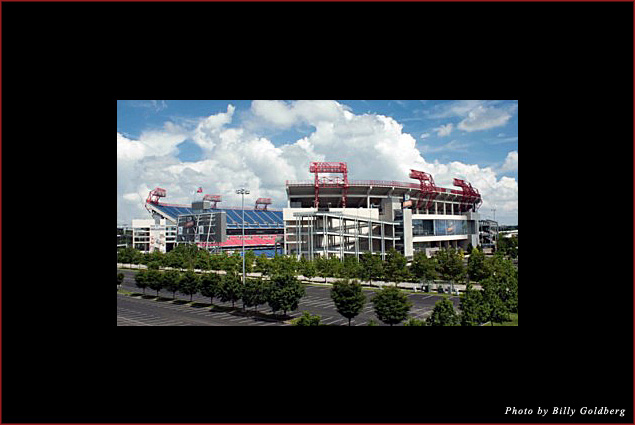 The Friday of the first “The Trip” was all about the drive. We had to get from Winston-Salem, North Carolina, to Nashville, Tennessee, in time to see University of Louisville and Middle Tennessee State University play in LP Field, the home of the National Football League’s Tennessee Titans.

When we finally arrived in Nashville we ran to the ticket window, but eventually bought great tickets from a woman in line who had extra seats. This further supported our position that good tickets are always waiting for us on The Trip. In addition to the good vantage point from which to watch the game, these tickets also provided us with Kyle.

Kyle would become the stuff of legend, and when The Trip has a “People We Met Along The Way” Hall of Fame, he will be our first inductee. He started talking to us as soon as we walked in. Ronnie was wearing a Middle Tennessee State hat and, since we arrived seconds after kick-off, Kyle, an MTSU senior, immediately began telling Ronnie about what “we” did on the kick-off. Ronnie explained that we were there for The Trip, and he wasn’t really a “we.” Kyle instantly became a The Trip fan. He called his girlfriend (soon to be fiancée) and insisted that he be allowed to do trips like ours when he was older. At halftime we bought Kyle and his other not-yet-legal-and-covered-in-blue-body-paint buddies beer, adding to the list of illegal acts, which included scalping tickets and speeding, on The Trip. Not much, but pretty crazy for a couple suburban Jews in the South. Later in the game, Kyle got on the phone with my wife to commend her for allowing such a thing to occur on her watch.

Toward the end of the game, Kyle told us about his grand vision for Middle Tennessee State, how the school was going to improve so much athletically and academically that within five years it would replace Vanderbilt in the Southeast Conference. Here we are, five years later, and while I admire Kyle’s pluck I don’t see MTSU changing its Facebook status anytime soon.

Louisville beat Middle Tennessee State in what ultimately became a one-sided game. Louisville was an unexpected surprise. The team had talent and speed and ultimately finished a very impressive 12 and 1 in the season with a No. 6 ranking.

We were unable to escape to our hotel before Kyle gave us his cell phone number. He had never been to a game in as big a stadium as the one we would see tomorrow and asked us to call him so he could hear the sounds of the stadium. He was the first of many characters we would meet on The Trip, but he got “it” right away. This is something special and Kyle helped us see that.