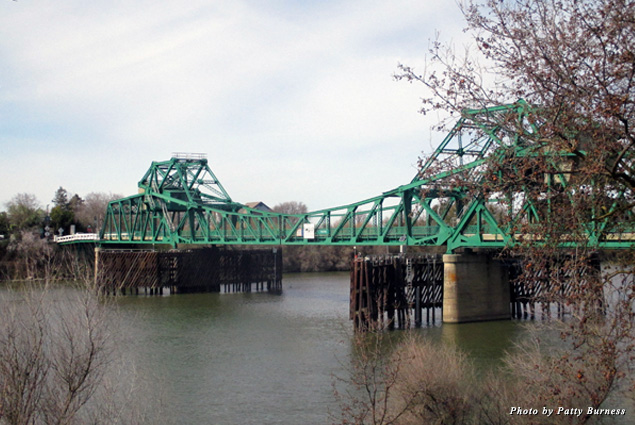 Sacramento is known for its history, politics, and the river that runs through it. It’s also a great base from which to explore the region. On this trip, a girlfriend and I stayed in downtown Sacramento after spending the day in Clarksburg, 20 minutes southwest of the city. And instead of a weekend jaunt, we were gone for a little more than a day—though it seemed longer.

Clarksburg has country roads, draw bridges, and swing bridges over the Sacramento River, as well as acres of farmland, beautiful vistas and its own AVA. More than 35 varietals are grown in the region. The climate is influenced by the Sacramento Delta, which means cool evenings, warm days, and little fog. Many of the original families from the 1850s still have younger generations farming today. 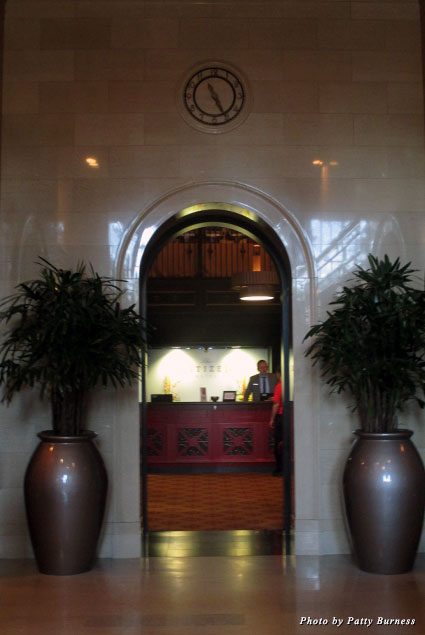 The hotel’s Art Deco interior includes bold colors, high-definition televisions, and good sound systems in the guestrooms. Created to resemble the original office space, the bathrooms on the historic 13th floor have elaborate tile work. As a Joie de Vivre hotel, the Citizen donates a minimum of $200 per guestroom a year to organizations in the community. Guests can also be a part of a giving program at the hotel, which benefits a Sacramento nonprofit.

The Clarksburg AVA encompasses three counties: Sacramento, Yolo, and Solano. Known for Chenin Blanc and Petite Sirah, the wine region includes more than 7,000 planted acres. However, 90 percent of the grapes are crushed at facilities outside the area, so you won’t find much wine with Clarksburg on the label. 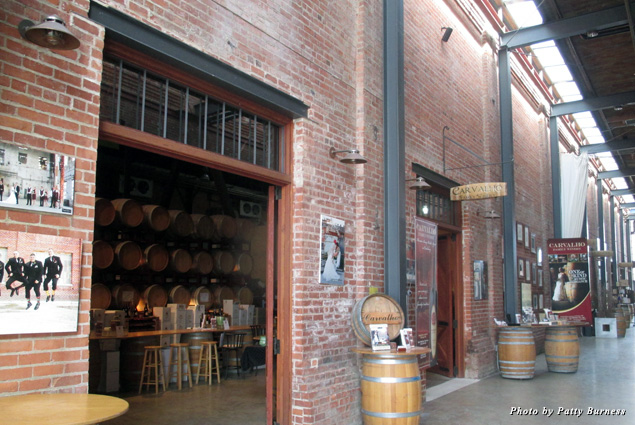 The Old Sugar Mill was brought piece-by-piece by railway to Clarksburg from Utah in 1935 and operated until 1993. Reopened in 2003, it’s now a fun place to taste wine.

Having restored most of the original mill, each interior space—converted into tasting rooms—has maintained its historical character. Exposed beams, pipes, and bricks, as well as high ceilings, lots of wood (including wine barrels), and an easygoing vibe combine to make it a great destination. With 10 wineries, you’ll rarely be without a choice of where to go next—including by the river with wine and picnic in hand.

Rendez-vous Winery is one of the few to use grapes exclusively from the Clarksburg AVA in their small-lot, handcrafted wines. The tasting room and bistro (due to open in August) occupy the airy space at the front of the building with outside seating. It’s an upbeat environment in which to taste some fun wines, such as the 2011 Primitivo, the 2011 Petite Sirah, and the 2013 Moscato.

The spacious tasting room at Clarksburg Wine Company has tables and chairs in addition to a bar so you can settle in and enjoy. There is also a crush facility on site, and the grapes are 100-percent Clarksburg. Try the 2011 Chenin Blanc Viognier with beautiful fruits. The velvety 2012 Pinot Noir has a vibrant violet color. And the 2011 Remenance is a rich blend of Merlot, Cabernet, Cabernet Franc, and Petite Sirah.

Since its beginning in 1868, the sixth generation of the family now does the farming at Heringer Estates. Their passion for the delta farm is evident in the winery’s appealing wines and in their commitment to their community (some proceeds from wine sales go to the local library and other area nonprofits). Try these robust reds: 2010 Purple Thread (a blend of Petite Sirah, Teroldego, Cabernet Franc, Tempranillo) and the 2009 Teroldego. 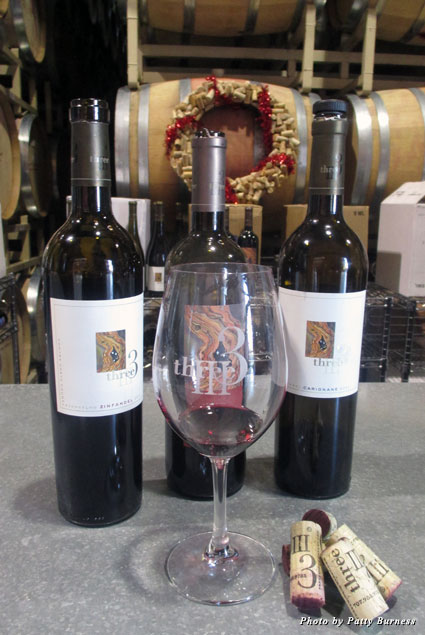 With more than 30 years in the business, Matt Cline is at the helm of Three Wine Company. The two labels, S3x and Three Wine, together comprise more than 16,000 cases. Matt focuses more on old vines from Oakley, California, but does blend Pinot Gris from Clarksburg with Riesling and Chardonnay for the 2012 Escapade. The rich and fruity old vine 2011 Field Blend combines Carignane, Petite Sirah, Mataro, Zinfandel, Alicante Boushcet, and Black Malvoise.

The Merlo Family grows their grapes in the Hyampom Valley, along the banks of the South Fork of the Trinity River and the South Fork Mountains. Their estate produces bold wines that aren’t high in alcohol. Favorites include the 2007 Syrah, the 2009 Zinfandel, and the 2009 Blackbird (a Syrah and Zinfandel blend).

Find shopping such as wines and artisanal products at each of the tasting rooms. And explore the Farm Trail along the river, with its acres of fruits and vegetables in addition to wineries. In downtown Sacramento, Midtown is a unique shopping area. 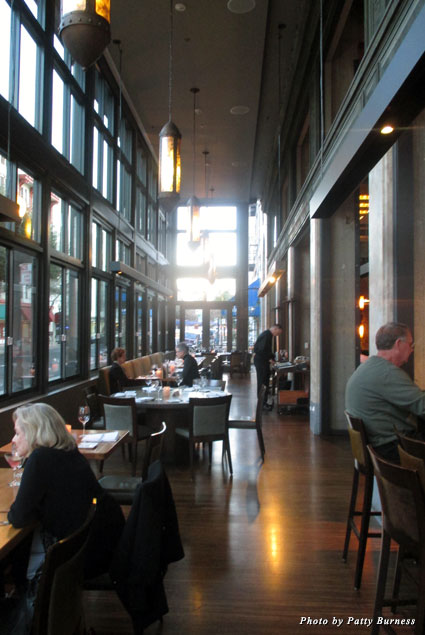 Start your day with breakfast at Grange in the Citizen Hotel. Transformed from happy hour and dinner the night before, the restaurant is a relaxing place to check messages and catch the street scene. Get your mojo working with good coffee, a spicy egg white frittata, and fruit. 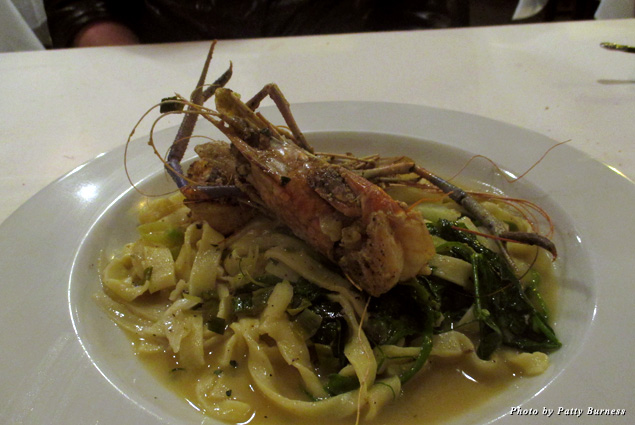 Dinner at Mulvaney’s B&L (in Sacramento’s Midtown) is a culinary delight. Dedicated to the local farmers and artisans, chef Patrick Mulvaney recently cooked at the James Beard House. The menu changes daily and is inspired by whatever is delivered that morning. The night we ate there, we were wowed with dishes including pea shoots and mizuna and blood oranges, pickled chard, and pistachios; house-made fettuccine and grilled jumbo head on prawns with green garlic, fennel, and tarragon; and seared scallops and house-made prosciutto. The luscious apple brown Betty was dripping with caramel and smothered with cream cheese ice cream. Pair with a wine from the restaurant’s international list.

PATTY BURNESS can be found on Twitter at @pattygb.