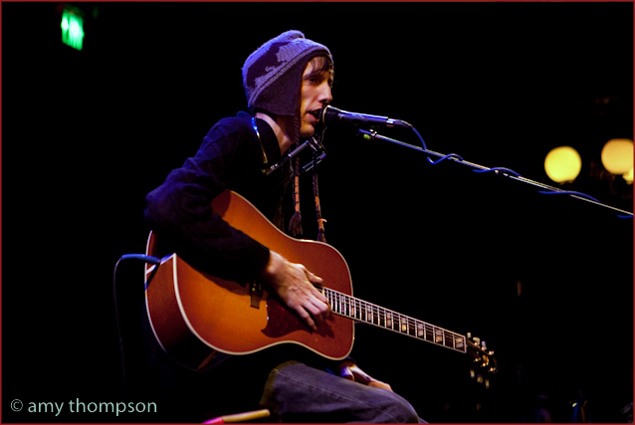 This year’s installment of Noise Pop music and arts festival in San Francisco was a winning blend of local and out-of-town musical talent. Scheduled across eight days, at over twenty venues, and including nearly one hundred bands, the festival was one of the most expansive and exciting recent cultural events in the Bay Area.

2010’s headlining acts tended toward household names (indie rock-minded households, at least): Magnetic Fields, Atlas Sound, Yoko Ono, and Sacramento-based !!! (pronounced “chick chick chick”) were all on the bill. Many of the opening acts, on the other hand, showcased local up-and-coming talent: queer garage rockers Hunx and His Punx, angular indie band Tempo No Tempo and throwback electro duo Sugar and Gold were a mere sampling of the Bay Area offerings, a testament to the depth and diversity of the city’s music scene.

Noise Pop featured a film festival as well, screening new documentaries on topics ranging from the Austin music scene (Austin, Texas: Live Music Capital of the World?) to an exploration of the transformative power and cultural significance of music (The Heart is a Drum Machine). Two art openings, a group photography show at the wine bar Hotel Biron and a group multimedia show at the gallery Project One, rounded out the festival’s self-ascribed goal of “championing independent culture.”

The festival was not always so expansive. Noise Pop began in 1993 by local music promoter Kevin Arnold. Meaning it to be a one-off show, Arnold booked five Bay Area bands at what is now the Independent, charging five dollars for admission. The show proved far more successful than anticipated, and the festival has become larger (in terms of attendance, venues, and variety of musical offerings) each year since.

Arnold and his team have been forerunners of utilizing technology to disseminate information about Noise Pop since close to the festival’s inception. Its first website went live in 1995; you can find links to each year’s site since then on Noise Pop’s current site. This year, an iPhone app was introduced that listed the line-up for each day and mapped the locations of the venues for easy-access concert information.

A high point for this year’s festival was !!!, who performed at the Mezzanine along with local acts Maus Haus, My First Earthquake, and the aforementioned Sugar & Gold. The band’s unique blend of danceable and energetic indie funk was unavoidably fun. The audience responded wildly – rarely does a live act manage to get most of the house dancing manically for the show’s duration. A brave few even crowd surfed, a phenomenon this reporter has not seen in years.

Atlas Sound, a one-man band featuring Bradford Cox of the band Deerhunter, performed a mesmerizing set at the Great American Music Hall. His music is genre-bending, mixing together elements of electronic, experimental, and indie rock to produce a refreshingly innovative musical language. At the core of his performance is the archetypal singer-songwriter, a Neil Young for the 21st Century. His powerful songs were offset by his playful stage banter, revolving mostly around the things that make the Bay Area great.

In an age when artists and independent record labels are suffering financial hardships, it is reassuring that a locally minded and internationally renowned music festival can succeed as well as Noise Pop does. The festival has done a remarkable job of expanding its horizons each year while maintaining its grassroots vibe, standing out as a beacon for the Bay Area’s vibrant musical culture.