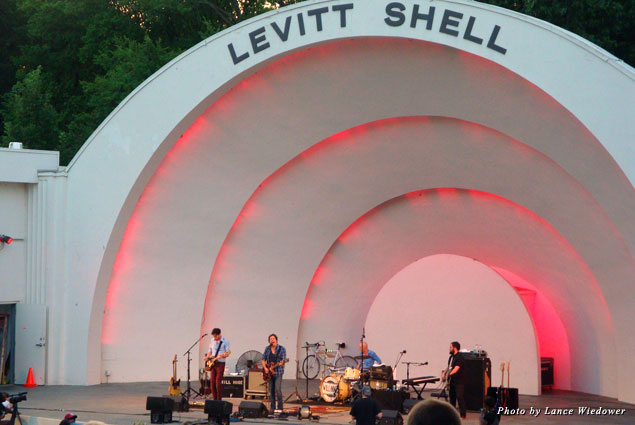 Imagine a young and nervous Elvis Presley getting ready to make his stage debut in front of a crowd that had no idea who he was—and probably didn’t care. They weren’t there for the unknown truck driver from the housing projects of North Memphis. He was just the opening act for country music singer Slim Whitman.

But when Elvis took the stage at the Memphis Shell on July 30, 1954, something happened. Call it magic; call it a gift from the music gods. Whatever you want to call it, that “it” was about to set the world on fire, and it all began on a little stage in the center of Memphis. Whitman never did get to perform that night; the screaming girls wouldn’t let Elvis off the stage.

That spark of lightning, which lit the flame that became known as rock ’n’ roll was Elvis’ first-ever live performance. And it took place on the modest band shell known today as the Levitt Shell, located in the heart of Memphis in Midtown’s Overton Park and home to numerous concerts and events throughout the year. 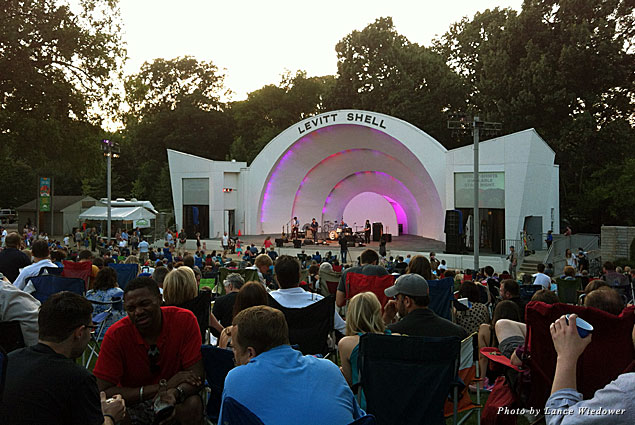 The just-completed summer concert series at the Levitt Shell saw 30 concerts from late May through mid-July followed by the Indie Memphis concert film festival, which takes place weekly through late August. And as the summer heat begins to break in September there will be a fall concert series before the facility closes for the winter months. Attending concerts at the Levitt Shell has become a must-do event for Memphians. 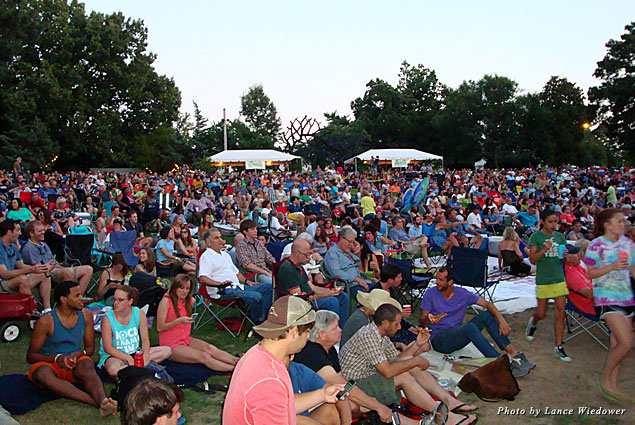 There have been thousands of performances since Elvis’, although it took a near miracle to keep the music going as the facility sat slowly falling apart for years. But, after the Friends of the Levitt Pavilion Memphis Inc was formed in 2005 to lead the restoration efforts of the facility, the Levitt Shell today flourishes as one of the marquee attractions in Memphis. It might go unnoticed on the tourist map, but it’s at the heart of life in Memphis from mid-spring to late fall with concert and movie series taking place several nights a week.

Concerts, movies, and events have taken place at the Levitt Shell since 2008. On any given spring or summer night a diverse crowd of several hundred attendees spread out picnic blankets and lawn chairs on the gentle hill leading down to the stage. Couples on dates, families with young kids rolling down the hill, and groups of friends out for a relaxing night of free music fill the park. 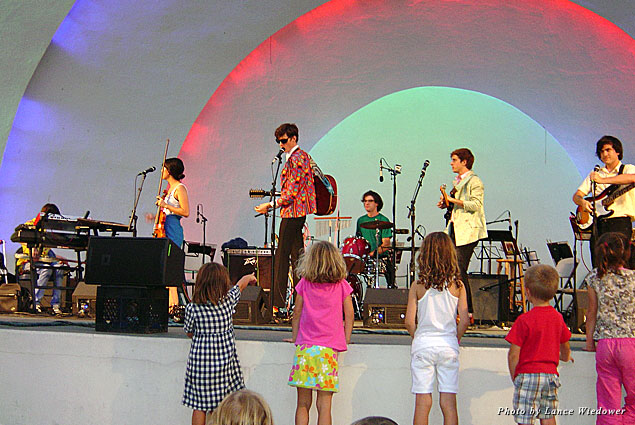 Concertgoers are welcome to bring in their own alcohol and food, and there are also concessions and food trucks lining the park. 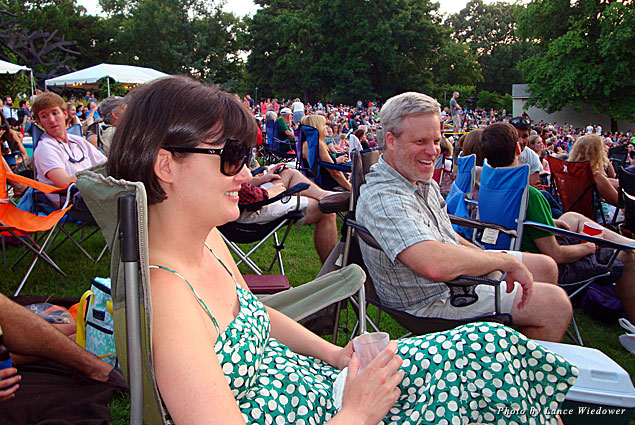 And the music isn’t just local bands trying to get started in the business. Sure, there are plenty of local acts, but they often represent the best of Memphis’ rich music heritage ranging from Grammy-nominated acts such as North Mississippi Allstars to many of the legends who recorded at the well-known Sun Studios. The 2013 summer series saw national headliners such as Drivin’ N’ Cryin’, Will Hoge, Son Volt, and Todd Snider’s What the Folk? Fest.

As with many things in Memphis, a city near the top in the number of listings on the National Register of Historic Places, it took a few battles by preservationists to keep the Shell the treasure it remains today. The city of Memphis and the Works Progress Administration built the Overton Park Shell in 1936. It was one of 27 shells built during the Great Depression by the WPA and is one of only a few remaining today.

In its early years the Shell was home to orchestra performances before becoming famous for what is considered the first-ever rock ’n’ roll show, when Elvis stole the stage. There were efforts to destroy the Shell beginning in the 1960s, but supporters were able to limp along until 2005 when the Friends of the Levitt Pavilion Memphis was formed to lead the restoration efforts of the facility.

And today, if it’s a Thursday, Friday, Saturday, or Sunday in the warm months in Memphis, the music continues at the Levitt Shell.