The Last Spring Equinox for Mayaland? 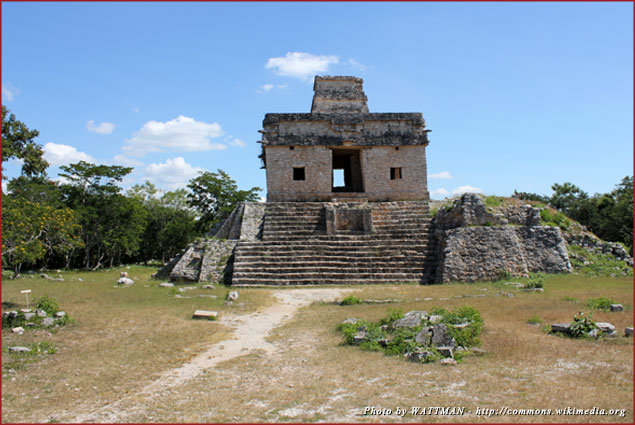 March 20, 2012, marks the spring equinox, and never is it more significant to view the magical displays and scientific and mathematical revelations of the Mayan culture and people than with the Mayan masterpieces of both “Dzibilchaltún” and “Chichén Itzá’s” archaeological sites.

Luckily, we are months away from doomsday – December 21, 2012 – when the Mayan calendar is set to expire. While there are thousands of articles, discussions, reports, and special TV programming on the 2012 Mayan Prophecy, we do know that one thing is for certain; the spring equinox is set to arrive in a week and once again, will put on a show that many will not soon forget!

It’s difficult to pronounce “Dzilbilchaltún,” pronounced “Tz’ibilchaltun,” and even to spell it. It’s much easier to remember “Temple of the Seven Dolls,” which incidentally, does not refer to the Xbox “Fable” treasure hunt game of the heroes needed to be collected. Let’s get serious! The spring equinox is big stuff, especially if you are living in Mayaland, (the regions of the Mayas) like me, and only months away from the end of the Mayan calendar or “The end of the world!”

Dzilbilchaltún, “Place of the Stone Writing,” is roughly 10 miles north of the colonial city of Mérida, and approximately 209 miles from Cancún. This magical place is said to be the mother city of the Maya because of its antiquity, which was thought to be continuously occupied from 1500 BC until the Spanish conquest.

What is remarkable about this mysterious location is its thousands of buildings or structures yet to be excavated in more than a 10-square-mile radius!

Each year, in the early hours of the spring equinox, the rising sun casts a light directly through the door of the temple and out another door, a fine example of the Mayan’s love of astronomy. This annual international event is attended by thousands of visitors from around the world!

When the light diminishes from the doors of the “Temple of the Seven Dolls,” it is time to travel to ”Chichén Itzá” to catch a glimpse of one of the “Wonders of the World” and a World Enesco Heritage Site, “El Castillo.”

“Chichén Itzá” is an impressive site with numerous structures, each one with their own amazing history. While we could write until doomsday on these structures, “El Castillo,” is the name of the pyramid that will put on its annual impressive show in the next days. On the day of the spring equinox, in the afternoon, the sun directs its light to one side of the pyramid which cast triangular shaped shadows down one side of the pyramid to form a slithering snake, which is said to be the featured serpent or deity “Quetzalcóatl.”

Now, perhaps this isn’t impressive enough but to the Mayan people, the calendar was their way of life. Stop and ask yourself, how important is a calendar to my daily life? We chart births and birthdays, holidays, work, school, political elections, poker games, and all sorts of other important events.

We sort of go with the flow, but to the Mayan people, a calendar was much more. In a sentence, the Mayan calendar served as the Mayan’s religious worship, more importantly, time. The calendar was fundamental for tracking and correlating the most significant elements necessary for their lives; the lunar and celestial system and perhaps the most important component to them, the sun.

Astronomy and astrology helped in their cycles of planting and harvesting, and in their worshiping and sacrifices, combining astounding mathematical practices to the equation. The scholars of the world have noted that the construction of the Mayan calendar is profoundly accurate and considered to be a “phenomenal brilliance.” For this, they have been admired and continue to baffle and astonish, while being attentively examined and studied.

While one phenomenon may not be significant enough for the traveler, perhaps two phenomenons in the same day might prove the mathematical geniuses the Mayans truly are!

Fortunately for us, the “Temple of the Seven Dolls,” named for the seven figurines that were found on the site, will put on its brilliant display once again for its visitors. In Chichén Itzá, the great serpent will transmit its shadow for the world to see, while people will be wondering if this may actually be the last occurrence of the spring equinox? I am certain that you’ll never look at your calendar in the same light again!

The states of Yucatán and Quintana Roo are the safest regions in México to travel. The Riviera Maya is the number-one Caribbean destination, with world-class lodging, activities, and numerous cultural exhibits.