The Holiday Spirit in the U.K. 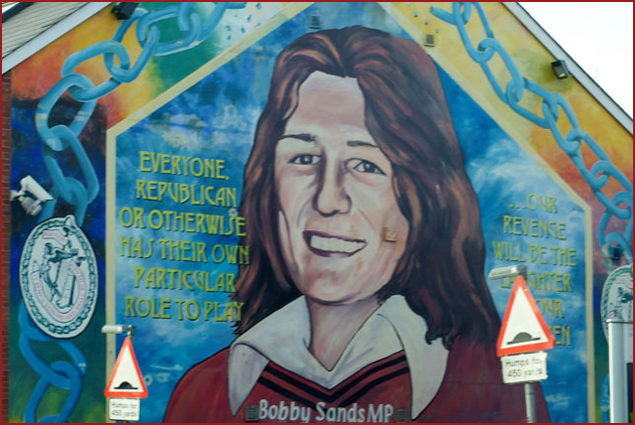 After years of spending most holidays working in the hospitality industry I was able to spend this holiday season with friends and family. For years, my sense of “holiday spirit” involved being awaken by the screech of the digital alarm begging to be stomped upon, along with its evil neon digits taunting me with flashes of 5:00…5:00…5:00. What a stark difference it is to gradually rise to the sounds of the rumbling radiators, an old house creaking restlessly, and the scent of tea steeping downstairs. This occurs only in the homes in a generational gap; the children are old enough to sleep-in but young enough to only be considering having children of their own.

In the days leading up to the 25th of December, this having been my first time traveling to London, we spent our days in true tourist fashion: Winter Wonderland in Hyde Park in all of its crowded, mulled-wine drunken glory; harried visit to Harrod’s, dodging wide-eyed tourists, eager Hermés salespeople, and partaking in a wee whiskey tasting in the basement; the required race around the city to soak up the sights and ensure photographic evidence. Smelling chestnuts roasting and seeing holiday display windows goes a long way in nurturing a spirit of optimism. We spent Christmas morning exchanging grumpy good mornings, knocking back liters of tea or coffee until shifting, en masse, to the living room for gift exchanges. 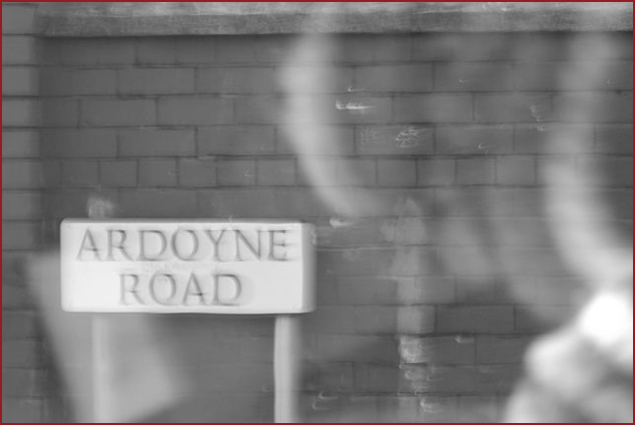 Our host family in London is Irish. Part of their family holiday tradition is to visit their “local” (The Ox & Gate, 341 Oxgate Lane, NW2 7HS, London) in the early afternoon for a pint where they meet with the extended family for smiles, laughter and craic. I tagged along, where I met Uncle so-and-so and Granny, and experienced a buzz of holiday joy and hopefulness for the coming year.

My wife still works in hotels, so after a life affirming Christmas Day spent together she had to return to Marrakech, having sacrificed New Years for Christmas. With my dual statuses as both privileged kept man and amateur traveler I was destined for other things. The Emerald Isle.

I arrived into Belfast and immediately met by bitter cold and a biting wind. Grabbing a coffee at the nearby Café Renoir, I set about planning my accommodations and plans for my stay. I should explain that when I travel solo I rarely plan anything beyond the purchase of a guidebook. I think this could be due to stubborn spontaneity, wanting to travel and experience whatever or wherever the wind takes me; I tend to think it boils down to laziness. With the exception of a few long, aimless walks around an unknown city, my travel strategy has yielded positive results.

Belfast is a city with a soul. Underneath the surface, some report, lurks a hardening of political lines, but the city is no longer one to avoid out of fear. I walked the downtown streets alone in the evenings with nothing more than a sidelong glance from a stumbling, over imbibing local. I was blessed to receive a guided tour of the Troubles hotspots of Falls and Shankill Roads from my uncle, a Belfast native whose formative years were those of the Troubles. Who would have thought that the polarizing political murals would one day become a “must see” for tourists? One cannot recommend enough a Black Cab Tour for those without the “luck” of having family who lived through the horror. There are poignant reminders of your locale such as the Union Jack whipping in the wind above City Hall and the Red Hand of Ulster (many times associated with the loyalist paramilitary groups such as the Ulster Volunteer Force) marking walls around each corner. Though it is a city with a violent not-to-distant past, present day Belfast is a quickly developing city of tourism, good food and a cheery nightlife. 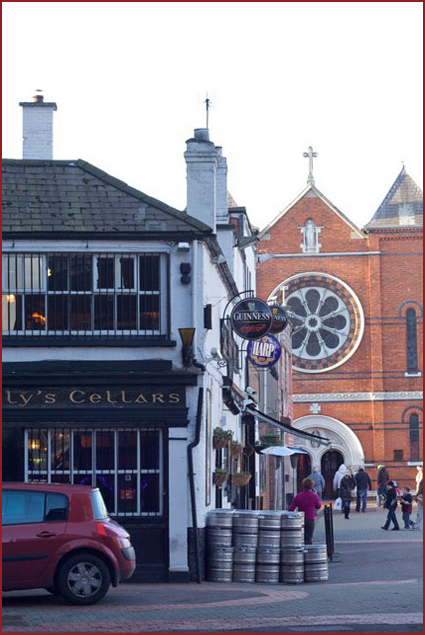 For a mid-afternoon snack of stew and a pint, look no further than the traditionally authentic Kelly’s Cellars (30-32 Bank St, Belfast) unexpectedly located down a quiet, narrow lane. In the University area of town, just down the street from Queen’s University, Botanic Avenue is lined with cafés, clubs, and inviting restaurants like AM PM (67-69 Botanic Ave, Belfast). If some late night “trad” music and a jovial conversation are your thing, Fibber McGee’s, behind Robinson’s Bar, is your best bet.

With no plans set in stone I decided to take a guided tour along the coast through County Antrim up to Giant’s Causeway. One day after my arrival, I was on a packed “luxury” tour bus with seats built for people the size of leprechauns being driven by an upbeat tour guide, Ian. Ian had pleasant smiling face with a story for every sight and an extraordinarily corny sense of humor that warmed the soul.

We rode along the roadways hugging the coastline for most of the way. We visited the nine glens of County Antrim and our ride was peppered with stories of Scottish cattle, Winston Churchill’s inheritance of the Londonderry Arms hotel, how seemingly every person of fame had a connection with Northern Ireland, and tragic tales. We came upon a rocky outcrop that formed a hole through which one could see the sea. It was called “Madman’s Hole” Ian explained in a soothing, even tone. A man once surprised his love by proposing “on this very spot.” She became overjoyed and in jumping up, hit her head, “and tragically died.” This was to become a consistent theme in Ian’s storytelling.

Later, in the town of Ballycastle, our guide pleasantly described summertime festivals, views we could expect to see, and the history of some memorable residents of the nearby town of Ballymoney, the Dunlop brothers. The brothers Dunlop, Robert and Joey, were something of local heroes for their motorcycle racing prowess. Alas, both brothers were “tragically” killed while racing motorcycles. Soon after, upon arrival at the remains of Dunluce Castle, perched perilously on an oceanfront cliff, ever the optimist Ian described castle life in Northern Ireland. He went on to describe the castle’s former occupants and the lady of the castle who wanted to move further inland. She finally got her wish after the whole of the cliff supporting the kitchen crumbled into the sea, and “tragically six of the kitchen staff were killed. At least it wasn’t the whole castle!”

I hope I am not giving the impression that the tour was not wonderful. It truly was. The price of £17, through Allen’s Tours, was just right for a seven-hour guided tour including Carrickfergus Castle, views of the nine glens of County Antrim, Carrick-a-Rede rope bridge, Giants Causeway, Dunluce Castle and Bushmills Distillery. Unfortunately, for my alcohol-enjoying-tendencies, Bushmills Distillery was closed for the holiday season.

We made it to Carrick-a-Rede rope bridge. This bridge was built by fishermen, supposedly over 300 years ago, to retrieve their nets hung just off the coast. It is now a tourist attraction for its exceptional vistas and death defying bridge crossing. Just before disembarking to hike for a view of the bridge, Ian broke into a reassuring anecdote:

“Ladies and gentlemen. You are about to experience the famous Carrick-a-Rede rope bridge of the County Antrim. For those of you afraid of heights or afraid that this bridge is unsafe, I want to assure you that it is safe. The bridge was originally built with only one rope for holding. In the rope bridges entire history no person has ever died in crossing.”

After so many fatalist anecdotes leaving Ian’s lips, one could sense a collective sigh of relief.

“Unfortunately, one day not too many years ago a woman was crossing the bridge while holding her wee terrier in her arms. The dog slipped from her grasp and tragically… fell to its death.”

Where to Stay:
The Merchant Hotel
35-39 Waring St.
Belfast BT1 2DY
Telephone: +44-0-28-9023-4888
Fax: +44-0-28-9024-7775
Currently undergoing an expansion due for completion this summer. The Merchant is a restored Victorian building, formerly the headquarters of the Ulster Bank, occupying space within the city’s commercial center with luxurious accommodations.

Tara Lodge
36 Cromwell Road at Botanic Ave
Belfast BT7 1JW
Telephone: +44-0-28-9059-0900
Fax: +44-0-28-9059-0901
Situated only steps away from the university area of Botanic Ave, Tara Lodge offers comfortable and efficient furnishings in a pleasant environment. This four star guest house offers a personal experience one might not find in a larger hotel at a lower rate.

Europa Hotel
Great Victoria Street
Belfast BT2 7AP
Telephone: +44-0-28-9027-1066
Fax: +44-0-28-9032-7800
While secure and inviting now, the Europa famously holds the record for being the most bombed hotel in Europe due to playing host to visiting dignitaries and political foes.