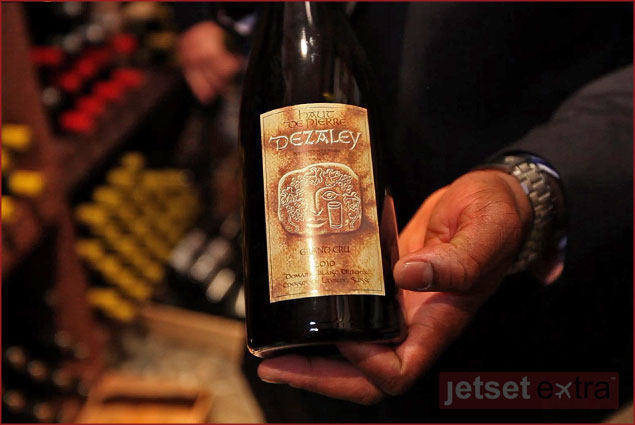 Switzerland is known for its chocolate and cheese, but did you know the country also produces some pretty spectacular wines?

Jason and I were introduced to winemaker François Grognuz of Cave des Rois, who gave us an impressive tour of the Lavaux wine region. We left our hotel in Vevey and drove about 15 minutes to Lavaux where we then proceeded to climb the tangled roads through the terraced vineyards. As we climbed to the top of the hillside, a striking view was revealed. We could see the terraced hillside with vines ready for spring and the glory of Lake Geneva with the backdrop of the Swiss Alps across the lake. It really could not have been a better vantage point. 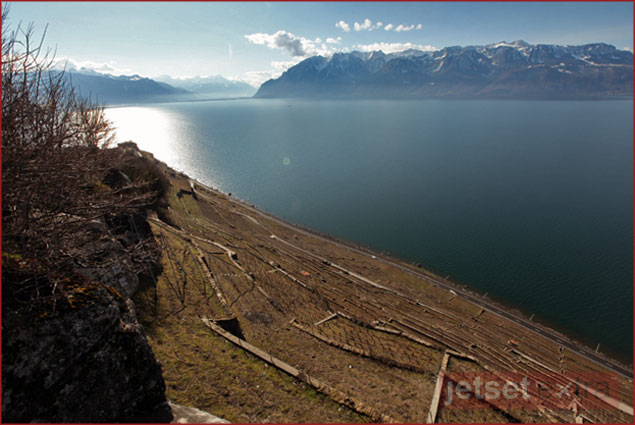 François shared with us the history of the region. Long story short, the Swiss began making wine as far back as the ninth century. Monks from France were asked to make the journey to Switzerland to teach its residents the art of winemaking in order to satisfy the wants of the Roman Empire, which had settled in the area at the time. The monks were dissatisfied with the land in the region so they put the locals to work and taught them the technique of terracing. The wine and farming took off from there; the monks and brothers of the monastery leased out the land to local farmers and wine growers until larger entities came to control the area. 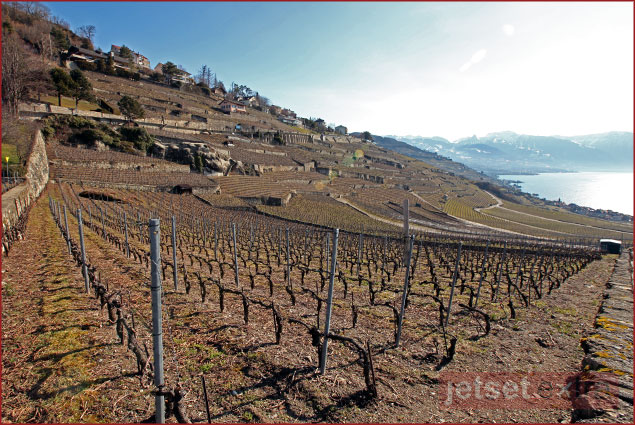 François introduced us to a friend of his named Christophe Chappuis, who is also from a long line of winemakers in the region. His family was actually one of the first to cultivate and grow wine in Lavaux. Christophe’s winery is called Domaine Chappuis, and it has been producing wine since 1335. The family home and wine cellar is in the heart of the Rivaz village, which is adjacent to Lavaux. After seeing Christophe’s wine cave and the 200-year-old barrels of wine, we were invited to taste some of the wine, including Dézaley, a very soft but fresh white wine that is easy to drink. Lucky us, we took two bottles home. 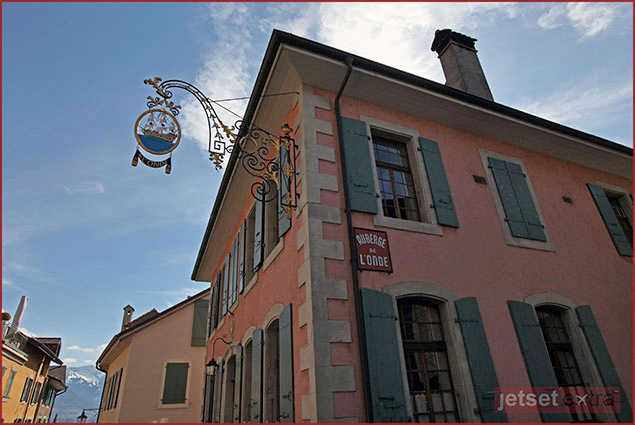 François and Christophe then took us to meet one more very special person in the area. Not far from Christophe’s place is a quaint little restaurant called the Auberge de l’Onde, managed by sommelier Jerôme Aké Béda. The restaurant itself is a historical building where many famous people and artists came to dine, including Charlie Chaplin, who made the region his home for more than 20 years. Jerôme talked with us about François’ wine and how he promotes many of the area’s winemakers.

The next time you are in Switzerland don’t forget about Lavaux and its wine. It’s something everyone should see and enjoy.

Planes, Trains, and Automobiles All the Way to Switzerland