Swimming With the Sharks: Warm Waters and Gentle Giants 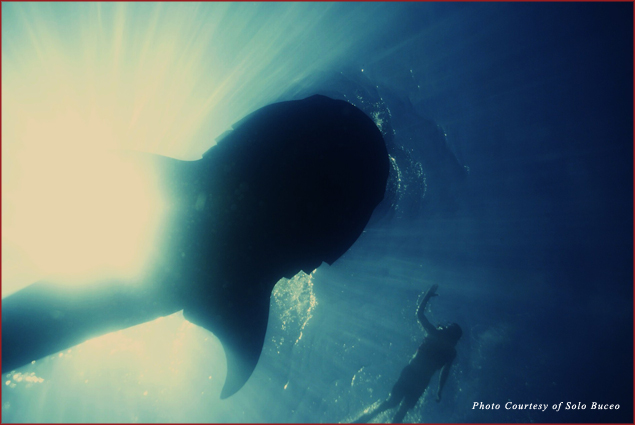 You’re bobbing in a dive boat on the open ocean, flippers and snorkel at the ready, about to jump into an area teeming with the dozens of the largest shark fins you’ve ever seen. Are you afraid? Not if you’re diving into the warm waters about an hour off the coast of Isla Mujeres, Mexico. There you’ll find an impressively large population of whale sharks as they congregate in these temperate waters from May to October to feed.

Whale sharks are imposing, slow-moving filter feeding sharks found in tropical and warm oceans where they feed on micro-algae, plankton and krill. Their tiny food of choice seems incongruous with their mammoth size—whale sharks can reach up to 12 meters in length and weigh over 15 tons. At times there might be up to 200 sharks in these waters during the high season. 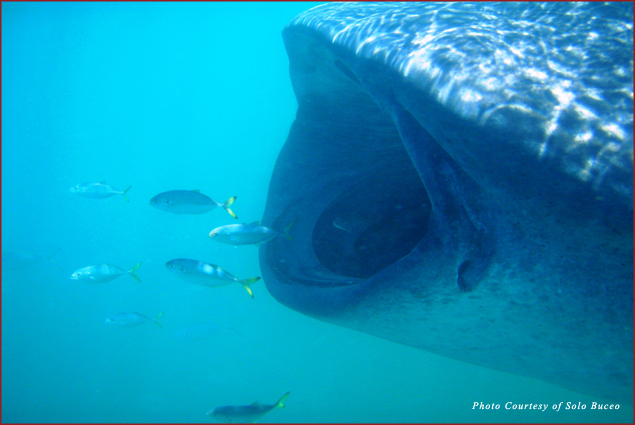 Despite their frighteningly finned shape in the water, once you dive in with these gentle giants you’ll see whale sharks have their own signature style. With gray bodies and white bellies, the sharks are dotted with whitish-yellow spots and lines that are unique to each shark. Their mouths are massive sucking tubes, often over a meter wide, that filter in plankton as the sharks propel themselves through the water. Watch long enough and you’re bound to see a small fish or two fearlessly swimming in and out of a whale shark’s gaping maw. 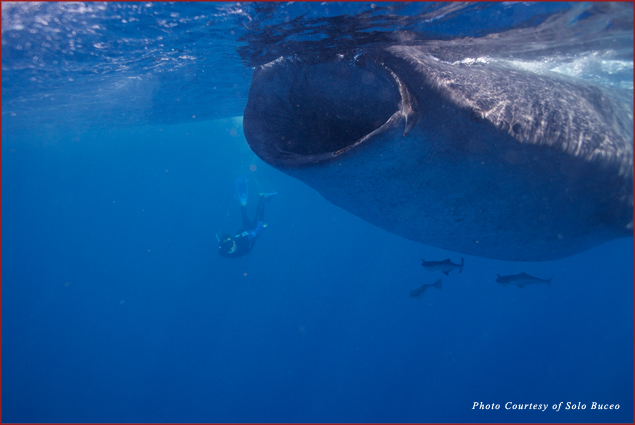 It is astounding to swim with these creatures. On a recent snorkeling excursion I jumped in to find myself nearly eyeball to eyeball with an enormous whale shark within minutes. As they lazily circle their feeding grounds, gulping down their tiny prey by the gallon, you can easily swim after them or wait for one to come to you. The scale of these sharks is only truly appreciated up close. Each massive, pulsating gill was the length of my arm from armpit to fingertip. Those extraordinary mouths are like a beefed up shark version of Steven Tyler mid-wail, gaping and huge enough to swallow our small dive instructor if she got too close, though we’re certainly not their flavor. 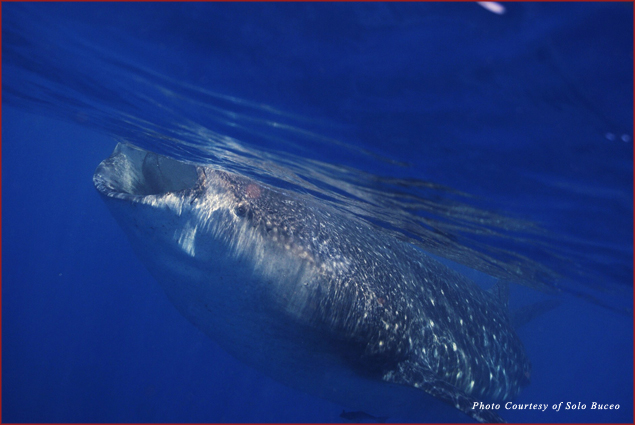 Swimming with whale sharks is quite safe—one only need to keep an eye out for their large tails to avoid a bit of a smack as they swim by. There seemed to be a natural curiosity for our boat, and the animals were not shy about swimming near us. At one point I had lifted my head up to find the next fin to swim after, when I heard an excited burble emanate from a nearby snorkeler. I popped my goggles back in the water to find a huge whale shark swimming gracefully just beneath my feet. 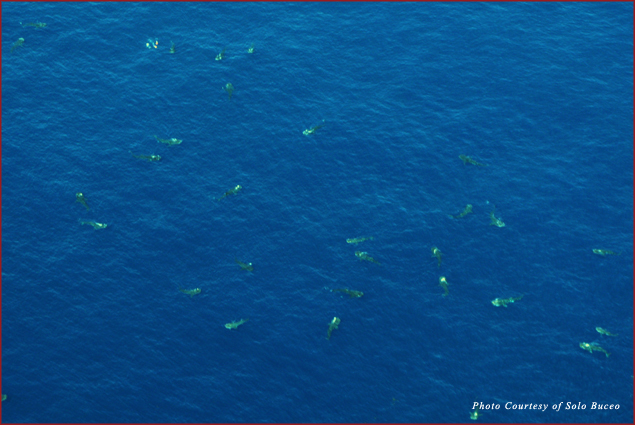 Make Cancun, Mexico the point of departure for your whale shark adventure. A word to the wise: Take your Dramamine to ward off any motion sickness. This whale-sized wildlife won’t be found in the shallows, so expect a long, bumpy ride to the open waters where they feed—a ride that’s absolutely worth it. On the way back you’ll find smoother sailing, so just kick back, soak up the sun, and let the rocking of the ocean remind you of your morning spent bobbing in a blue sea with those magnificent whale sharks. For more information on whale shark tours visit solobuceo.com.

Art You Can Dive Right Into: The Underwater Sculpture Museum