Summer of Steins at SFMOMA and CJM 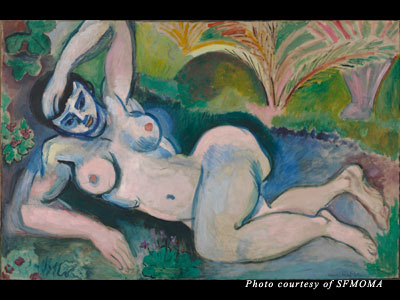 Two prominent San Francisco museums are bracing for big summer shows sure to attract crowds of art lovers from near and far. “The Steins Collect: Matisse, Picasso, and the Parisian Avant-Garde,” produced in collaboration with the Metropolitan Museum of Art, New York, and the Réunion des Musées Nationaux, Paris, opens at the San Francisco Museum of Modern Art before traveling to Paris and New York, while “Seeing Gertrude Stein: Five Stories” is on view across the street, at the Contemporary Jewish Museum – an exhibition jointly organized with the Smithsonian’s National Portrait Gallery.

Deeply researched and brought together in the most exhilarating way, the story of prominent art leaders of the 20th century unfolds in two different narratives, endlessly complementing one another. Iconic works of modern art at SFMOMA, collected by the Steins, whose patronage brought about a revolution in painting and sculpture at the turn of the century, include Matisse’s Woman with a Hat (1905), in its day called the “nasty smear of paint” and a creation of a “wild beast;” exquisite paintings by Renoir, Picasso, Cezanne, Toulouse-Lautrec, Pierre Bonnard, Edouard Manet, Felix Vallotton, and Henri Manguin, to name a few. 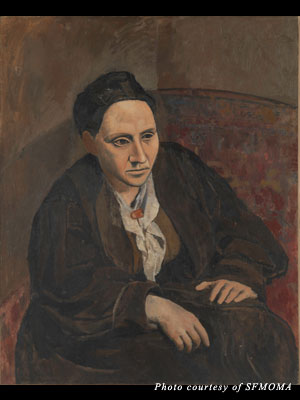 Plenty of biographical material is presented on Gertrude Stein, an American celebrity author and supporter of arts, and on her brothers Leo and Michael Stein, and Michael’s wife, Sarah Stein, all of whom were profoundly interested in Parisian avant-garde, created art themselves, and dared to pursue their choices and affirm their tastes in time when currently famous artists were mere outcasts.

The SFMOMA show presents approximately 200 paintings, sculptures, drawings, prints, and illustrated books along with historic photographs and archival documents. The Steins Collect will premiere at SFMOMA on May 21 and be on view through September 6.

SFMOMA’s Live Art program will restage an opera based on Gertrude Stein’s original play, Four Saints in Three Acts (1934), by composer Virgil Thomson. The opera will be presented in collaboration with the chamber opera group Ensemble Parallèle, with original music and visuals by composer Luciano Chessa and video/performance artist Kalup Linzy. Performances of the opera will take place Thursday through Saturday, August 18 to 20, at Yerba Buena Center for the Arts (YBCA). 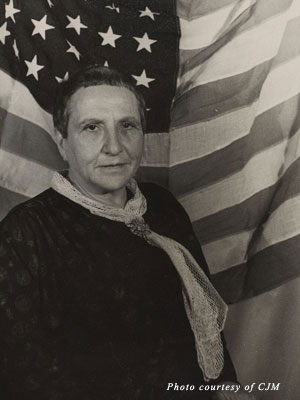 “Seeing Gertrude Stein: Five Stories” at CJM will concentrate more on Gertrude Stein (1874-1946), a famous modern writer and a style-maker, supporting talented artists of all genres, especially in her expatriate Parisian years. 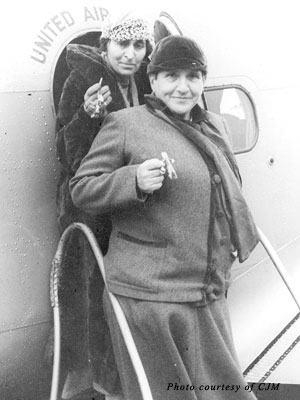 The CJM show devotes a lot of space to Alice B. Toklas (1877-1967), Stein’s life-long partner, and presents a number of photographs and artifacts attesting the aesthetics of dress, home décor, entertainment, and food that both Stein and Toklas created together in their shared household.

The exhibition was created by by lead guest curator Wanda M. Corn, a professor at Stanford University, and associate curator Tirza Latimer, a professor at the California College of Arts. On view through September 6.