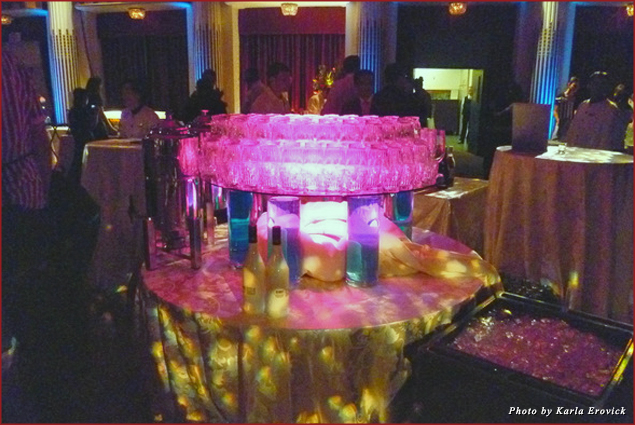 And what a fun event it was! The Westin St. Francis, one of my favorite Grand Hotels of San Francisco, was the venue for this decadent event. The room was alight in a pink wash with dessert stations arranged around the room. The center of the room featured some of the more innovative beverage stations. 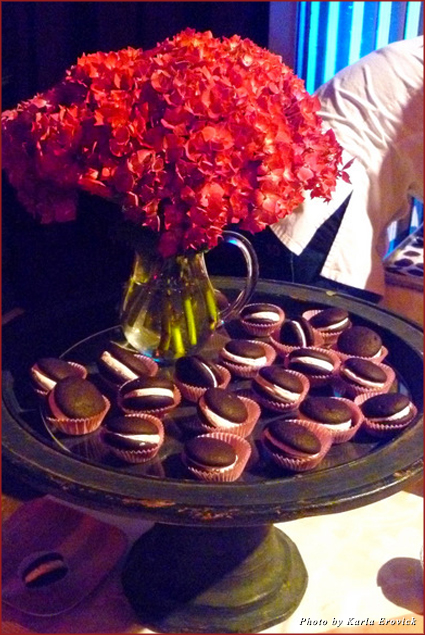 Prior to the official start of the event, the buzz was palpable as pastry chefs hurried to finish creating their signature desserts. As the doors opened, the crowds rushed in while final touches were being made and desserts were being plated. Many desserts included artisan ice cream pairings, such as Blue Bottle coffee ice cream. The decadent use of meringue, cream, foam, sorbet, chocolate and caramel combined with seasonal fruit was more than indulgent. 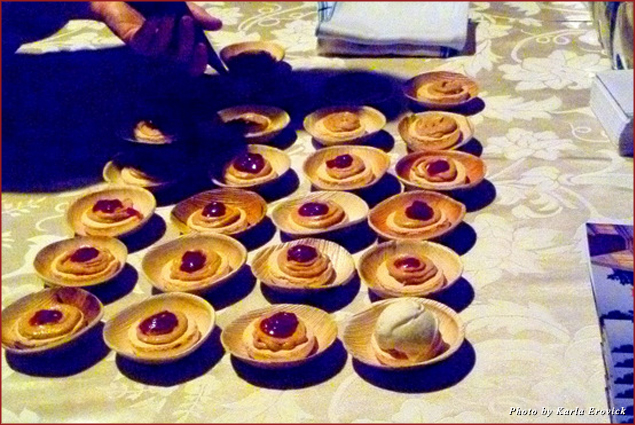 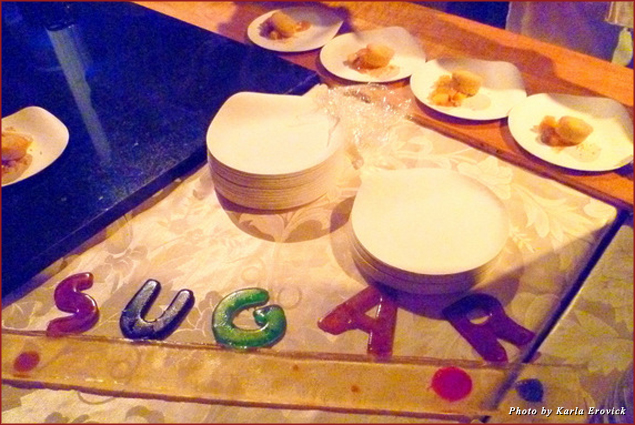 What’s Sugar without a little Spice? Check out our coverage of the SF Chefs 2010 Spice Party.