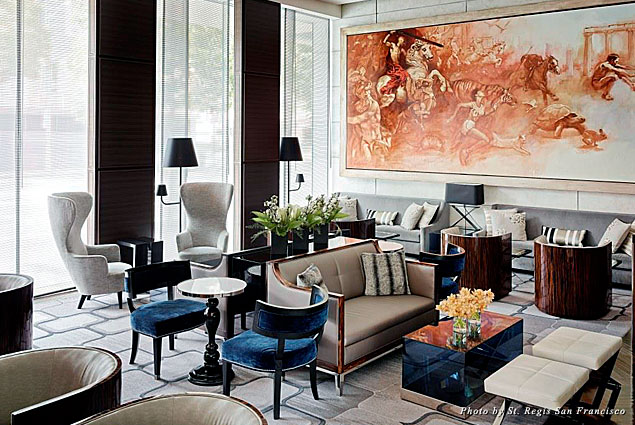 I was St. Regis hopping and, after a week of sun and gorgeous food in Punta Mita, Mexico, my pal Carl Emberson (general manager of The St. Regis Punta Mita Resort) convinced me to stay at The St. Regis San Francisco while I was passing through to see an old boyfriend.

As far as romantic, urban weekend escapes in America go, San Francisco makes it consistently into my top five. A born Bostonian and current New Yorker (with an unending list of places I’ve lived in along the way), I expect a lot from my cities, and San Fran combines a bit of big-city feel with a charming, European vibe. It also has a killer Chinatown, which to me rivals New York’s version any day. I was sold.

The St. Regis San Francisco’s contemporary and unassumingly posh property opened in 2005, a modern-day take on the St. Regis legacy born more than a century ago in New York City and today spanning 30 luxury hotels and resorts at the best addresses around the world. (The newly opened property in Abu Dhabi is on my list for 2013).

The wow factor hit me head-on as soon as I entered the newly refurbished lobby, which features art installations, custom-designed chairs, sofas, and hues of gray, silver, smoke blue, and champagne meant to conjure the iconic fog that frequently veils the city. “Totally genius,” I said to myself about the color palette. It is contemporary glamour at its utmost. 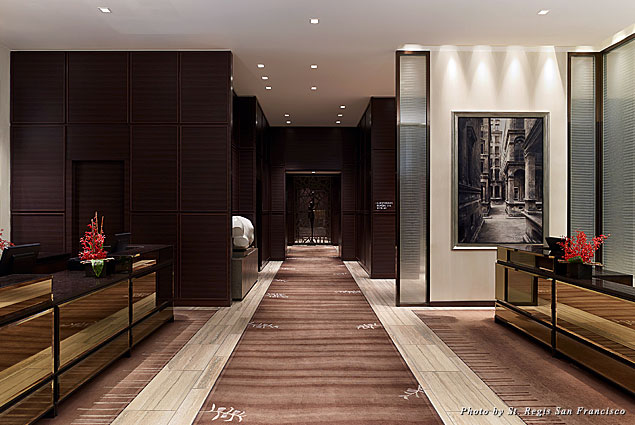 The hotel is located in the lively SoMA (South of Market) district, which once served as industry central but is now home to hip restaurants, cafés, bars, a bevy of startups, striking new skyscrapers, condos, and live-work lofts.

“San Francisco is a city like none other in the world; it strikes a beautiful balance between its rich history and its vibrant, youthful culture,” says Theresa Fatino, interior designer for the St Regis San Francisco’s recent lobby refresh.

As my friend and I had booked a special romance package (why not?), this meant chilled champagne and fresh flowers awaited us in our suite, and we were treated to a glorious breakfast in bed each morning. Bliss. 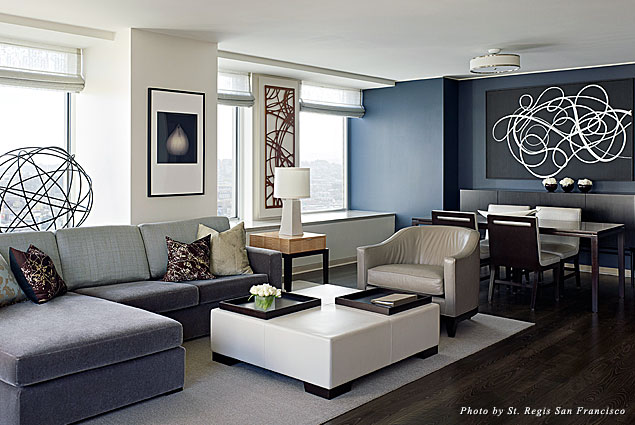 Besides making each guest feel like pampered royalty, the St. Regis San Francisco boasts stunning views of the cityscape and is the ideal jumping-off point for the art aficionado. 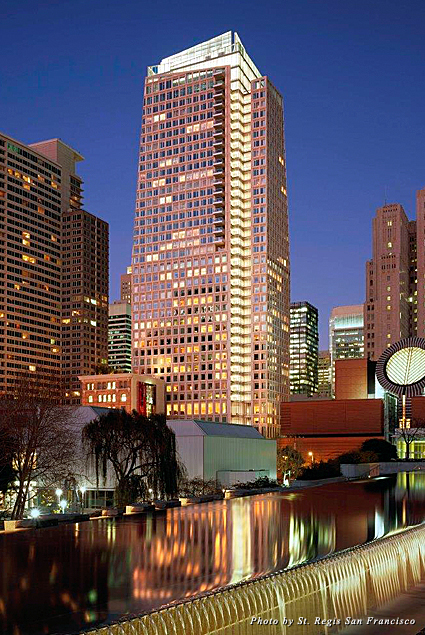 Not only is it situated right next door to the San Francisco Museum of Modern Art, but the St. Regis San Francisco also actually plays host to the Museum of the African Diaspora. 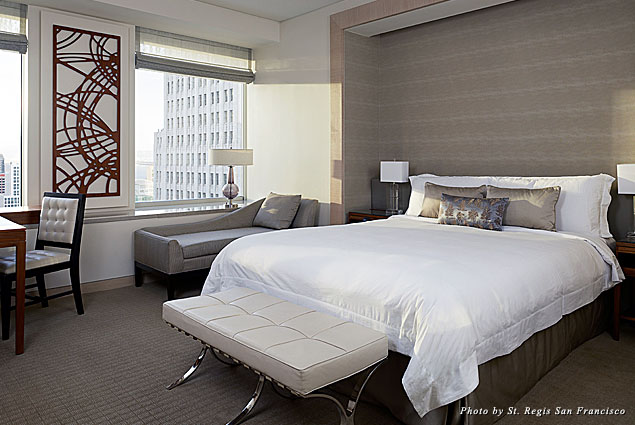 Guests of the hotel have access to its personalized services and amenities, including 24-hour concierge and room service, nightly turndown service, and the signature St. Regis butler service.

While we didn’t take advantage of the expansive private fitness center and yoga studio, I did take a morning dip in the 50-foot, heated indoor infinity pool each day and have an incredible, hour-and-a-half-long signature Remède Spa customized massage. Reméde Spa is exceptional.

We spent our days trawling vintage stores in the still-hippie Haight-Ashbury neighborhood (host of the 1967 Summer of Love), hopping on and off cable cars, strolling through the city’s Botanical Garden, and taking in sunset views of downtown from Twin Peaks and Potrero Hill.

After a long day of traipsing through one of America’s most walkable cities, we loved the fact that we could rest our weary bodies in a deep soaking tub before freshening up for aperitif and dinner. 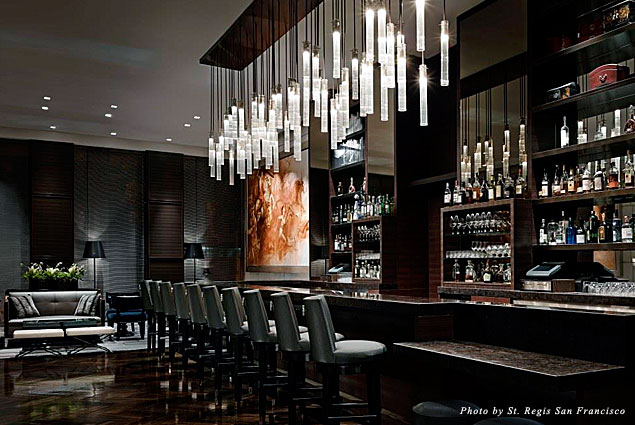 Both of us huge wine and food fanatics, we promised to give ourselves something to look forward to next time we’re both passing through San Francisco and indulge in the hotel’s “Town and Country” package that includes an exclusive private tour and wine tasting at Ram’s Gate Winery, wine country’s hottest new destination, in Sonoma Valley.

San Fran, I promise to be back soon.