Spooky Cities: Ghosts and Ghouls Around the Globe 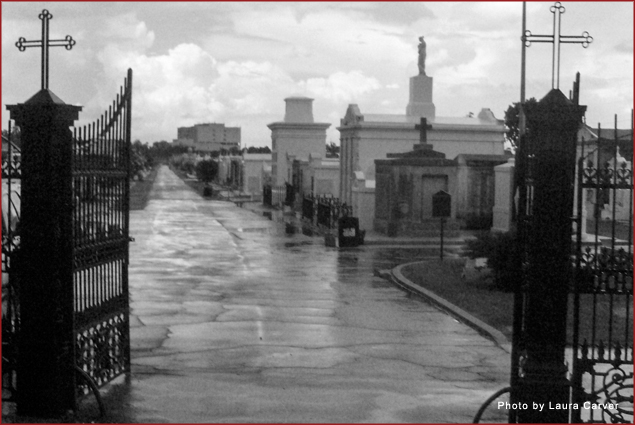 Dark, ominous shadows, an apparition seen from the corner of your eye, the brush of something against your skin when you’re alone in a room…What sends chills up your spine? With Halloween coming up fast, we here at Jetset Extra got to thinking about scary spots around the globe. At these destinations you’ll find creepy thrills year round. Here are a few of our favorites: 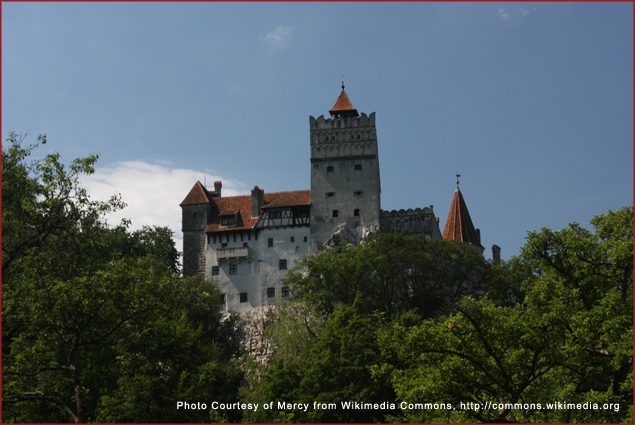 Track Dracula in his native habitat. First visit Curtea Veche, the old Princely Court. Built in the 15th century by Vlad Tepes, a.k.a. Vlad Dracula, local legend has it that Vlad kept his many prisoners in dungeons beneath the Court that extended out into the city. Here you’ll find ancient tombstones, a bust of Vlad himself, and the remaining walls, arches, and columns of those dank, musty dungeons. Other Dracula sites include Snagov Monastery, where Vlad the Impaler’s remains supposedly are buried, the ruins of the original Dracula’s Castle, Peonari Fortress, and Bran Castle, the inspiration for Bram Stoker’s fictional Dracula’s dwellings. When you’re not stalking the monsters of the night, stay downtown at the Carol Parc Hotel for a comfortable, un-haunted sleep. 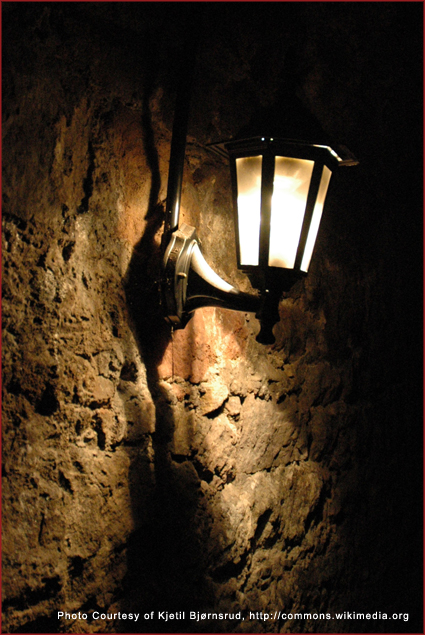 Beneath the streets of Edinburgh is a dusty, drafty warren of catacombs and tunnels, many of which just might be haunted. Visit the Edinburgh Vaults, a series of chambers that once held taverns and tradesmen and were a breeding ground for crime. It’s said that 19th century serial killers Burke and Hare stashed the bodies of their victims here before selling them to a nearby medical college for dissection. Looking for a paranormal experience? The Vaults are reportedly haunted by ghosts such as “Mr. Boots,” a former inhabitant who killed a prostitute in his room. The victim’s shadow sometimes appears on the wall. Companies like Mercat Tours and Black Hart’s Underground City of the Dead will take you on tours of these candlelit catacombs. 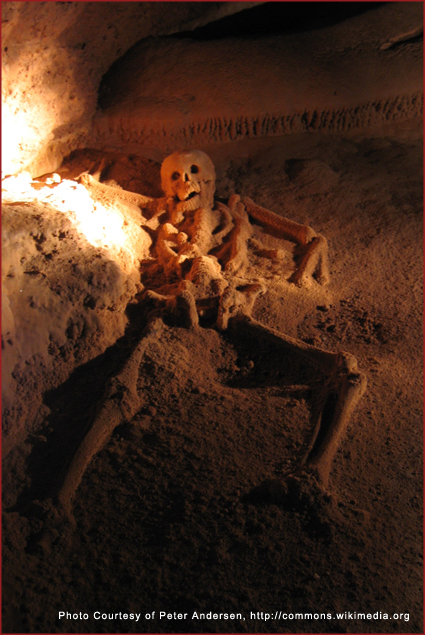 Near the town of San Ignacio you’ll find the Actun Tunichil Muknal cave, an ancient Maya archeological site where the bats and predatory spiders aren’t the only things making your skin crawl. Enter the cave through its gaping mouth with a swim in cold water up to your neck before walking, barefoot and clammy, on hallowed ground. This creepy cave contains skeletal human remains, including the bones of small children and the famous “Crystal Maiden”—the skeleton of a teenage girl presumed to have been sacrificed, whose bones calcified naturally in the cave making them sparkle. Even the remains of cave’s ancient pottery will give you shivers. The artifacts are marked with “kill holes” that show they were used ceremonially and with deadly purpose. Click here for information on cave tours. 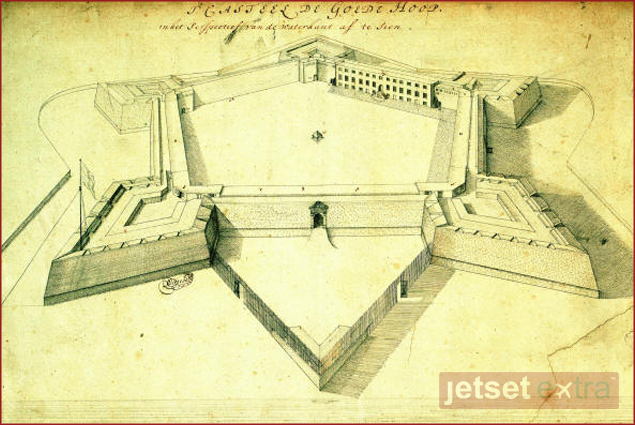 Cape Town’s Castle of Good Hope was built in the 1600s to protect the harbor from foreign threats, and also held prisoners and slaves. In one excruciating form of punishment, prisoners were kept in a pitch-black hole in the dungeon, then blindfolded and brought outside, where they were forced to stare directly into the sun which reportedly made them go blind. The dungeon was adjacent to the torture chamber. At the time Dutch law required criminals to confess before sentencing, and prisoners housed next to the torture chamber, hearing the screams, were more likely to confess. Some say the prisoners’ screams can still be heard by tourists visiting the castle, which is now a museum. A building with this kind of history is, of course, haunted. Rumors of spectral visitors include sightings of a black hound, a former governor, and a former first lady of the colony. 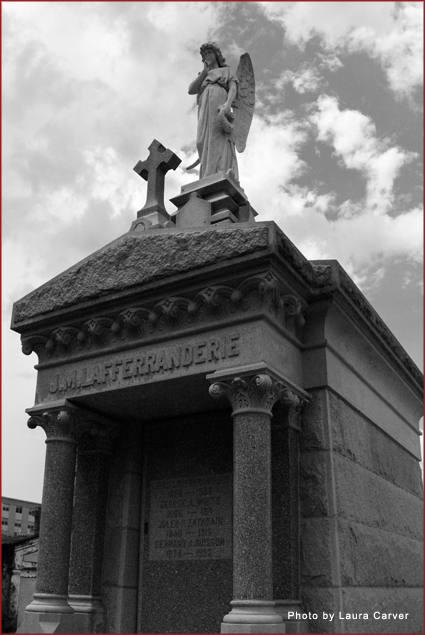 With its elaborate funeral ceremonies, haunted bayous and voodoo legends, New Orleans is a city steeped in mystery. Its beautiful cemeteries and their elaborate above ground tombs frequently attract tourists, whether they’re looking for great photos or for paranormal activity. Saint Louis Cemetery is New Orleans’ oldest and most famous cemetery, with over 100,000 people laid to rest in just one square block. The burial site of Grand Voodoo Priestess Marie Laveau, legend says when at Laveau’s tomb you can awaken her magic. First, knock three times to wake the dead. Then mark the tomb with three Xs in chalk and knock three times more before making a wish. Be sure to leave a small token as a tribute. Next, spend the night in the historic Le Pavillon Hotel, which is reportedly haunted by a teenage girl from the 1800s who was scheduled to board a ship when she was struck by a carriage and killed. Also spotted on the grounds are ghosts who appear to be from the 1920s, including an aristocratic couple and a young man who plays pranks on the cleaning staff. One added bonus from the hotel? Peanut butter and jelly sandwiches as a late night snack each evening. 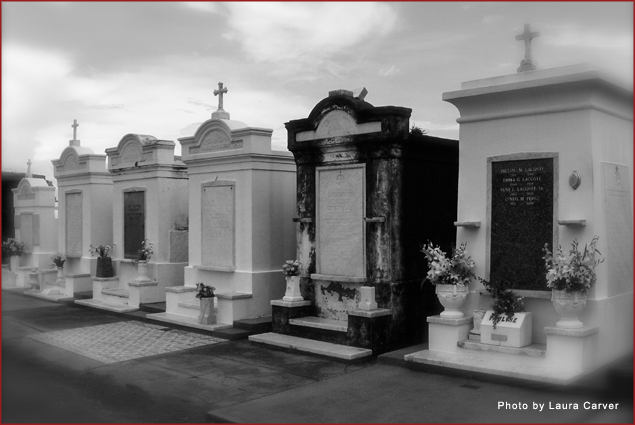