Soccer Fever in Berlin and So Much More 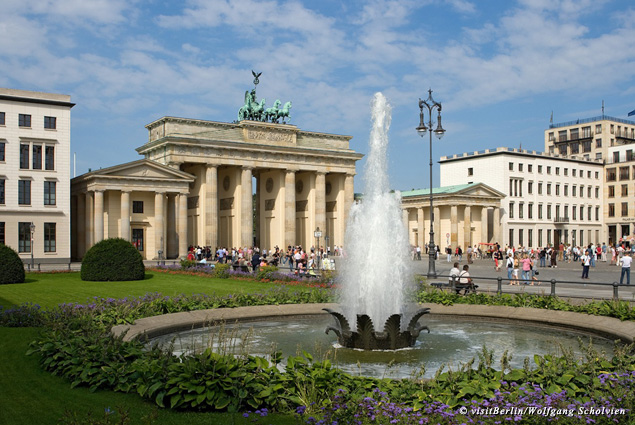 Berlin is always worth a trip, but when a major sporting event is coming to town, this hippest of all European capitals kicks it into another gear. Berlin will be hosting the 2015 UEFA Champions League Finals on June 6 at the Olympic stadium, the historic sports venue built for the Olympic Games in 1936. But there is much more to see and do than watching a soccer (or football, as the Europeans will insist) match. But consider yourself warned—you will want to do it all!

If you aren’t among the lucky few who have scored a ticket for the coveted finals, don’t worry—Berlin’s got you covered. On June 4, both finals teams will introduce themselves at the Fanfest at the Brandenburg Gate, and there will be an opportunity to have your picture taken with the original UEFA Champions League Cup.

On the day of the finals, you’ll be able to cheer on your favorite team at public viewings at countless locations all over the city. Numerous bars, cafés, and open-air venues are inviting you to watch the football spectacle live. International soccer and German beer—it doesn’t get much better than that! Favorite spots are the Alt Berliner Biersalon in the heart of the city’s West End, Cosmo Lounge in Berlin’s fashionably edgy Friedrichshain district, and the FC Magnet Bar in trendy Mitte. 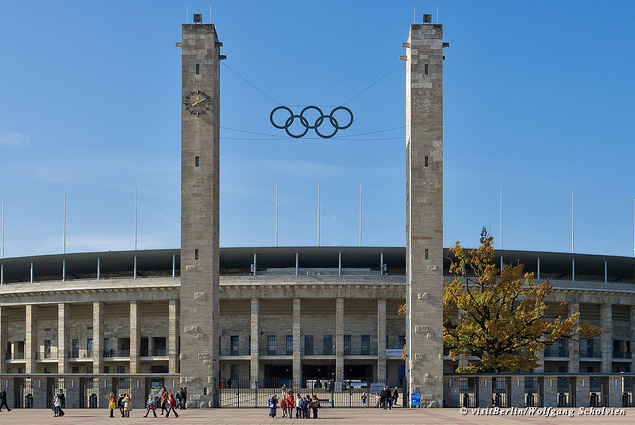 Hungry? You’d better be because Berlin is a heaven for food lovers. Over the past few years, the city has increasingly become a tasty hot spot where trends are not only followed but also forged. The German capital is where creative kitchen magicians meet culinary free spirits, all driven by their sense for experimentation, cosmopolitan outlook, and passion for quality. The city wows both with the largest number of Michelin restaurants in Germany and a fabulous range of international taste adventures.

Scoring a table ahead of time is a must at Berlin’s latest dining darlings that smoothly blend coolness with culinary artistry. With the opening of his restaurant Crackers, Berlin nightlife impresario Heinz “Cookie” Gindullis is once again making headlines. In his newest venture, he’s transformed his former club Cookies into a cosmopolitan gastro-cathedral with an impressively lofty ceiling. The kitchen is helmed by Stephan Hentschel who treats patrons to pike-perch ceviche, quinoa burgers, and free-range pork from a rediscovered pig breed. Hentschel also masterminds the menus at Gindullis’ other restaurant, the upscale-vegetarian Cookies Cream and the popular breakfast spot Chipps.

Following the success of Restaurant Tim Raue, Sra Bua, and La Soupe Populaire, Studio Tim Raue is the fourth outpost of the eponymous two-Michelin-starred chef. Decked out in eclectic-minimalist décor, it is part of Factory Berlin, a start-up campus in a former brewery in the Mitte district. At lunchtime the space doubles as the cafeteria for the creative minds of Soundcloud, Mozilla, and other resident firms. The menu features several globally inspired dishes for less than 10 euros, while dinners are more elaborate four- to 10-course affairs.

“Brutally local” is the philosophy of Nobelhart & Schmutzig, the new restaurant of star sommelier Billy Wagner. All ingredients hail from producers in and around Berlin as well as from the nearby Baltic Sea (no exceptions!). Everything is fresh and seasonal or naturally preserved by using traditional methods such as pickling, brining, and fermenting. With no menu, guests don’t have a choice in what’s being served, family-style, right in the kitchen. A bit like supper back at home—only with a glorious 10 courses. 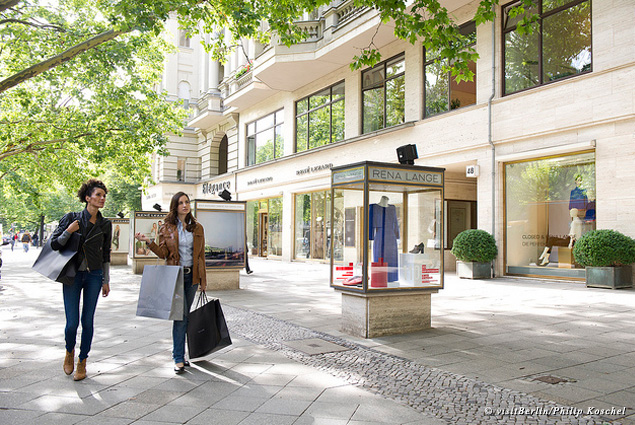 Berlin offers an extraordinary variety of shopping in its large shopping centers, department stores, small shops, and exclusive boutiques. Lovers of fine designer fashions and bargains or trendsetters looking for the latest fashion will be right at home in the German metropolis.

Bikini Berlin in City West just celebrated its one-year anniversary. Germany’s first concept mall, a stone’s throw from the Zoological Garden, is aimed at sophisticated, trendy, style-conscious shoppers. Its three floors combine fashion, lifestyle, and restaurants, as well as pop-up stores rented to young designers. The highlight: the 80,000-square-foot rooftop terrace with breathtaking views over the city. Located between the zoo and the Kaiser Wilhelm Memorial Church, Bikini Berlin is an ideal starting point for discovering shopping in City West since the Kurfürstendamm (also called “Ku’damm”) and Tauentzienstraße, Berlin’s best-known shopping promenades, are within walking distance.

At Wittenbergplatz in Schöneberg you will find the Kaufhaus des Westens, or KaDeWe for short, the largest department store in mainland Europe. For luxury lovers there is a wide range of women’s and men’s fashion from international designer labels—six floors of cosmetics, jewelry, books, CDs, tableware, and home accessories. The delicatessen department alone is worth the trip and has to be seen to be believed.

On Tauentzienstraße, price-conscious buyers will find a variety of international chains, such as Zara, H&M, or Benetton, as well as sports fans’ meccas such as Niketown and adidas.

The western part of Ku’damm features exclusive designers such as Lagerfeld, Lacoste, and Tommy Hilfiger. Luxury labels such as Bulgari, Chanel, Luis Vuitton, Valentino, and Gucci can be found between Uhlandstraße and Adenauer Platz. The quieter side streets to the right and left of Uhlandstraße have lots of charm. High-end boutiques can be found in magnificent buildings in turn-of-the-century architectural style, with an exclusive range of fashion and design, along with chic cafés and restaurants. 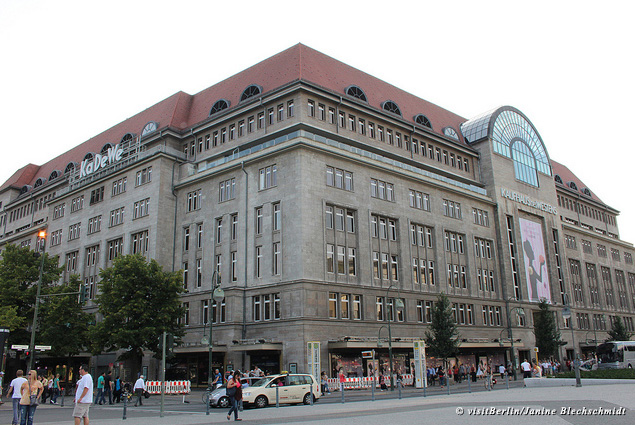 Over the last two decades, Berlin’s club culture has reached near-mythical status and has, to no small degree, defined the German capital’s cool factor. It has incubated trends and sounds and launched the careers of some of the world’s top DJs, including Paul van Dyk, Ricardo Villalobos, Ellen Allien, and Paul Kalkbrenner. People of all ages, backgrounds, and sexual orientations mob the town to bond with locals in their pursuit of a good time. And with no official closing time for clubs and bars, Berlin really truly is 24/7.

Electronic music—in its infinite varieties—continues to define Berlin’s after-dark action and pull in punters from around the world. In fact, out-of-towners now account for up to 80 percent of carousers at such clubs as Berghain, the dark, multi-floor labyrinth in a former power station where hedonism rules with abandon and the world’s best DJs compete for time at the decks.

Another scene stalwart that’s lost none of its magnetism is Watergate. The tricked-out electro temple has top line-ups and a magical location on the Spree River with water-level pontoons for sunrise watching.

Berlin’s techno mother ship, Tresor, founded in 1991 in the eponymous vault of an abandoned department store, is also going strong in its second location amid the raw industrial beauty of yet another power station. In January 2013, it got a new neighbor in Shift, which sees itself not so much as a club but an eclectic and experimental performance space. 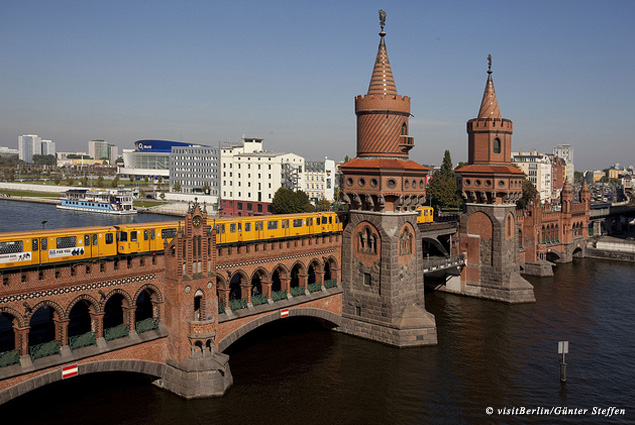 Information and Getting Around

With the popular Berlin Welcome Card visitors can now choose any of the eight different tickets offered, depending on the length of their stay and their sightseeing preferences. The Berlin Welcome Card comes as a 48-hour and 72-hour ticket, as well as a 5-day pass. The card grants free public transportation inside Berlin’s city limits, as well as a city guide booklet and up to 50 percent discount on more than 200 top tourist attractions, cultural events, and services.

Are You a Tourist or a Traveler?