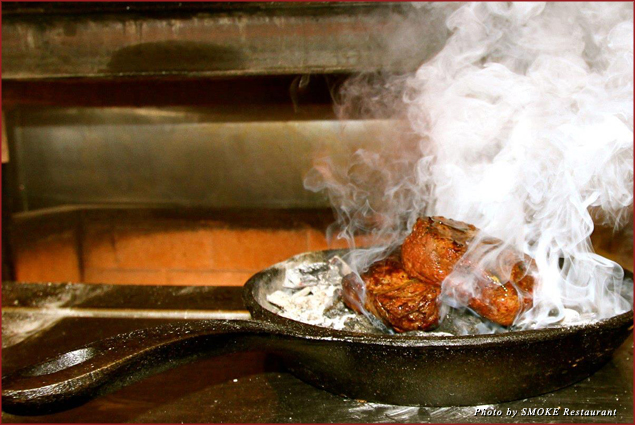 I’ve said it before, and I will say it again. West Hollywood is where the cool and hip things in L.A. happen. I had a couple of friends in town from New York and wanted to take them out to a great dinner, so I called a friend who recommended Smoke on Melrose.

Smoke was opened by Broseph’s Restaurant Group (BRG) in September of this year. It sounded like a fun place to take my friends, so we made a reservation and headed out. As a cook and self-proclaimed foodie, I always say, “I love a restaurant that does a few things really well vs. a restaurant with a larger menu that does things poorly.” Smoke keeps it simple; their menu is one page and leads you from one part of your meal to the next, so you never worry that you’re missing anything.

Not just a steakhouse, this place rocks out with ravioli stuffed with goat ricotta, eggplant, and smoked tomato as well as chicken liver pâté with red wine gelée and fig toast. But their steaks are the specialty of the house. With offerings from their Kobe filet mignon to bone-in, dry-aged ribeye, guests reallycannot make a bad choice. I enjoyed a medium-rare New York steak that was juicy with the flavor so many steaks are missing—BEEF! Nothing is more disappointing than going to a restaurant and ordering a steak only to taste nothing but seasonings or sauce. Smoke captures that flavor and delivers it well. 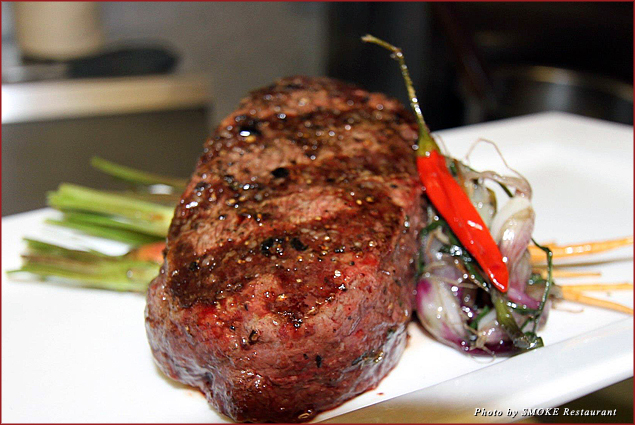 In true chophouse fashion, all the sides are ordered à la carte. So we decided to eat family-style and order a bunch of appetizers to sample and share. First up were Brussels sprouts with bacon and sherry. Don’t turn your nose up! These little green-leafed lovelies were perfectly tangy from the sherry and rich with the flavor of bacon. Seriously, these are probably my favorite side dish.

Next was the parsnip creamed spinach. I know, I know—creamed spinach sounds like typical steakhouse fare, but listen up—this dish rocks a serious flavor and texture combination! Parsnips have a very smooth and creamy texture when mashed (almost like a perfect mashed potato). Then, when mixed with the earthy flavor and rough bite of spinach, it’s like heaven! The group at the table devoured the spinach so fast, I was glad I got to it first. We also enjoyed trying the grilled asparagus with béarnaise sauce—a classic—broccolini confit with chili and ginger, and mac & cheese with bacon and lump crab—a delightful mix-up to the same ol’ dish you might find elsewhere. 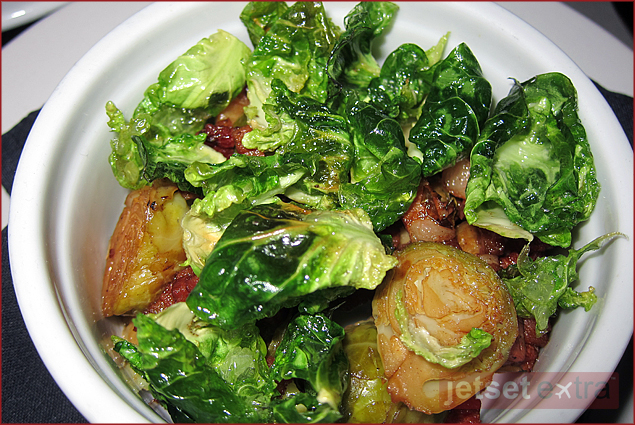 What else is there to say about this restaurant? The decor is chic, with fire accents and black velvet jacquard on the walls; the crowd is young and happening (but not so young that I felt old); and the servers gladly provide drinks from the bar and recommendations from the menu if you can’t make up your mind.

When you find yourself in West Hollywood, be sure to call Smoke. Even if you just stop in for a cocktail and appetizer, you’ll be happy you did.