SF Chefs – What a Party! 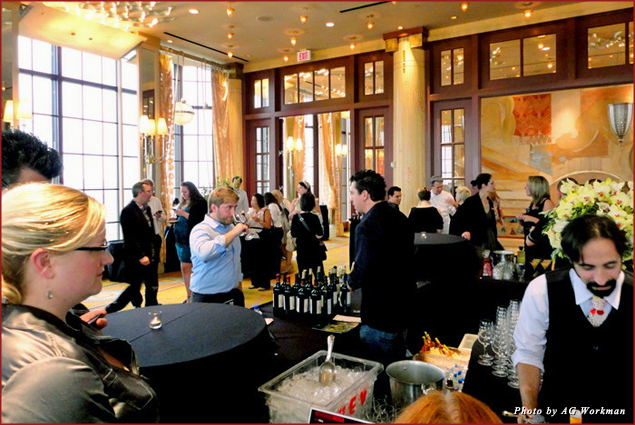 SF Chefs is the year’s biggest celebration of the San Francisco food and beverage industry. This is not only a popular event with the foodie crowd in San Francisco, but also with international food lovers. In addition to great food, wine, cocktails, and music, there were some fun after-parties. While the chefs were working hard preparing delicious bites for the fans during the day, once the aprons came off, they were ready for some fun. 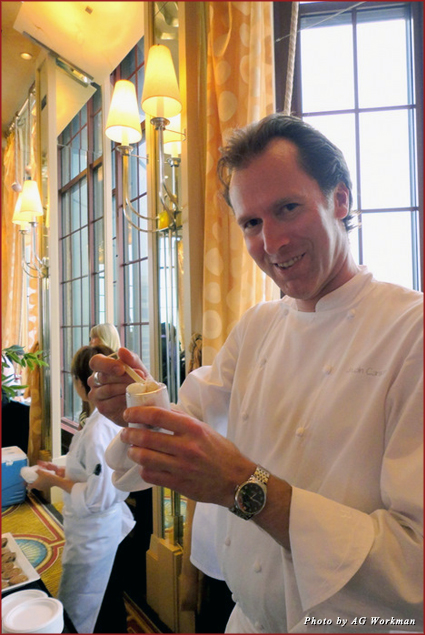 City Club of San Francisco hosted the late-night party on Friday. This art deco private club was the setting for food lovers, chefs, and hipsters enjoying cocktails, savory and sweet delicacies, cigars, and a selection of port, whiskey and scotch. A highlight of the evening included chef Hubert Keller as DJ spinning tunes for the crowd. In addition to his passion for music, Keller is the chef and owner of Fleur de Lys, one the top French restaurants in the nation, as well as Burger Bar and Fleur. 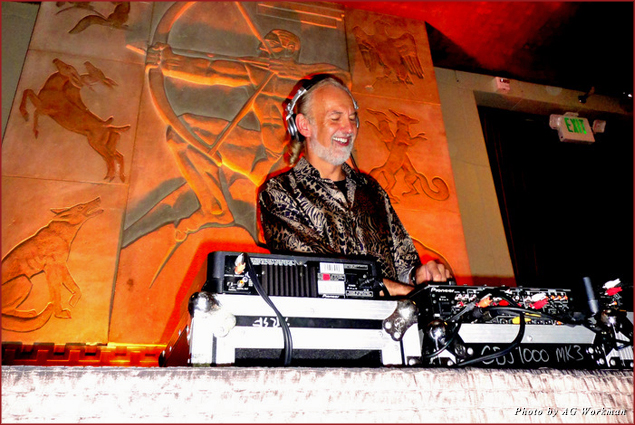 The City Club was transformed into a hip lounge with DJ tunes, lounge furniture, and cocktail tables. Guests enjoyed fresh oysters, lamb bites, charcuterie and cheese platters, sliders, and other delicious appetizers. The Cigar Lounge offered a selection of the finest Nicaraguan cigars, along with single-malt scotch, whiskey, small batch bourbons, and port for the discerning patrons. The late hour allowed the chefs a chance to enjoy themselves after a busy evening at SF Chefs or in their own restaurants. 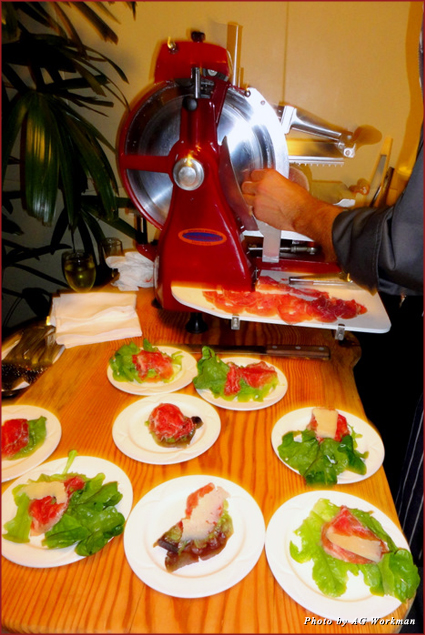 The Sugar and Spice Party was held on the top floor of the Westin St. Francis with panoramic views. A DJ was playing upbeat music as guests noshed, sipped, and enjoyed the sweet and savory delights. Chefs delighted in utilizing spices in a new way. Some of the spices used included anise, cardamom, sumac, Ras el Hanout, turmeric, chili, pepper, and more. The genius of it all was that these spices were used primarily in sweet dishes rather than savory. 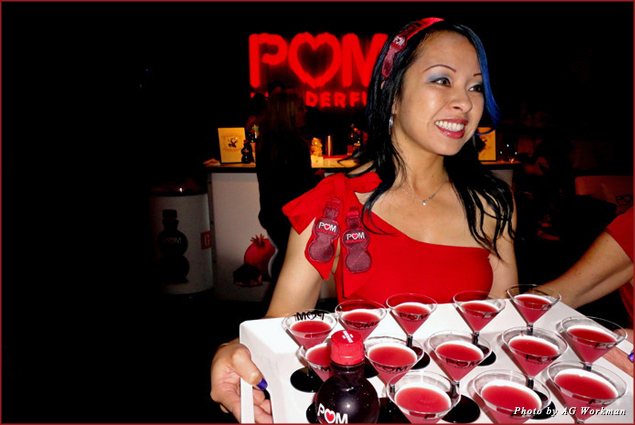 For most people the Grand Tasting Events, held in a large tent in Union Square, were the highlight. They included both day and evening events. The day tasting, Classic San Francisco, also offered food and wine seminars and cooking demonstrations. The night-time event, Decadence After Dark, featured a DJ and live music, in addition to the delicious food and drinks. POM hosted a lounge for guests to sit and sip POM beverages and snacks in a red-and-white themed salon. POM girls wore red dresses and carried trays of POM cocktails. 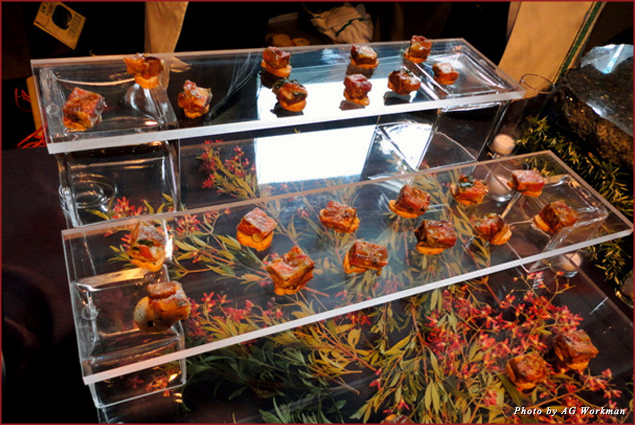 Guests were snatching plates of food as fast as chefs could prepare them. The audience ranged from hipsters to boomers to foodies of all ages. It was exciting to see and taste food from new and upcoming chefs, as well as old favorites. Beverages ranged from wine and beer on tap and by bottle to specialty cocktails and juices. 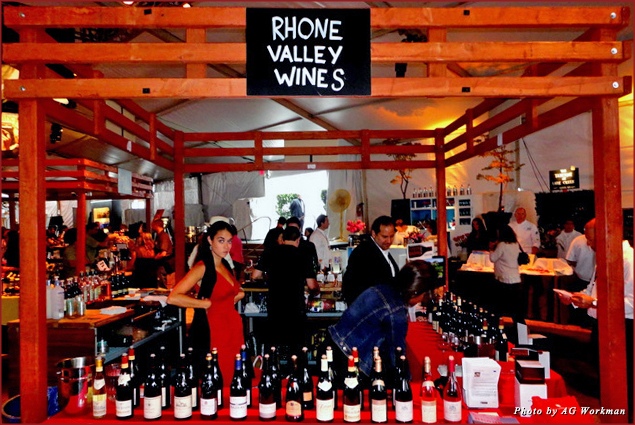 Another highlight was the food and wine seminars, which were open to the public. The Russian River Pinot Noir Tasting included wines from some of the Russian River’s best known wineries. The session guided attendees through each of the wines, including the terroir and how to sip, sniff, and swirl before tasting. Russian River has the ideal climate for Pinot Noir and chardonnay, and guests learned what makes these wines special. At the end everyone received Wine Spectator gift bags with a bottle of Pinot Noir, a Wine Spectator magazine, and a corkscrew. 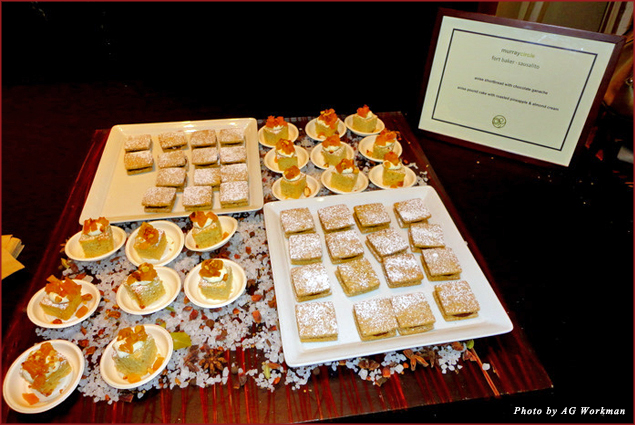 For many food and wine lovers, SF Chefs is a highlight of their annual activities. The event always sells out; many last-minute travelers were disappointed to learn there were no tickets or hotel accommodations. Plan ahead for next year’s event and make hotel reservations months in advance. Purchase tickets as soon as they become available, to ensure that you can experience this quintessential food and wine event. The event raises money of local charities – this year they raised $25,000. Be as decadent as you wish, it’s all for a good cause.

Read about the Celebrity Chefs from SF Chefs 2011 and the events that made it so remarkable. 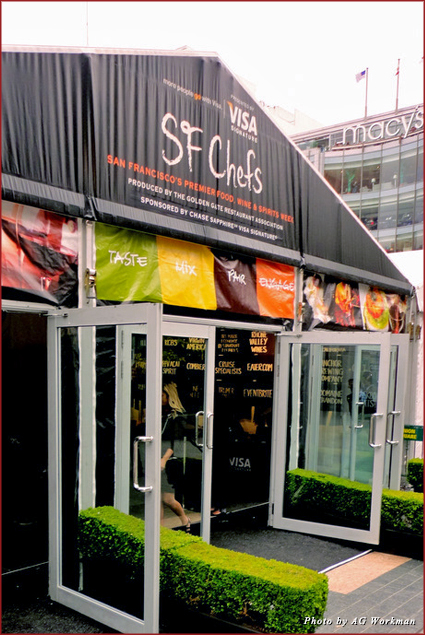 Details: SF Chefs Events are held at the Westin St. Francis and in nearby Union Square during the first week of August. Grand Tasting Events are held Friday night, Saturday during both day and evening, and Sunday.

Read about why historic Westin St. Francis Hotel is one of San Francisco’s Grand Hotels and a favorite of locals and visitors.