SF Chefs Spice It Up at Spice Party 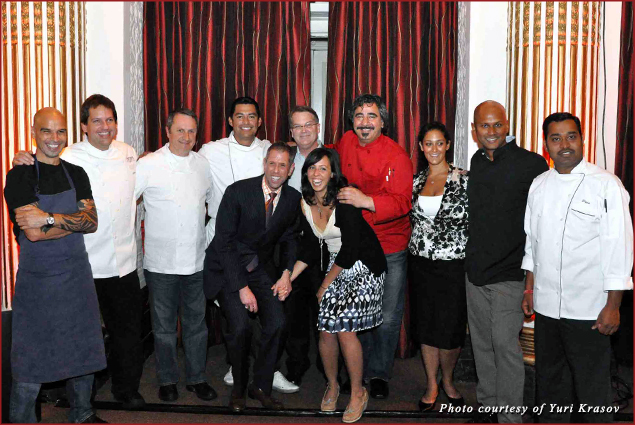 Held at the Colonial Ballroom of the historic Westin St. Francis, the SF Chefs 2010 Spice Party was presented by Frontier Natural Products Co-op (Ellen Bouchard, brand manager) on the eve of the Opening Night. 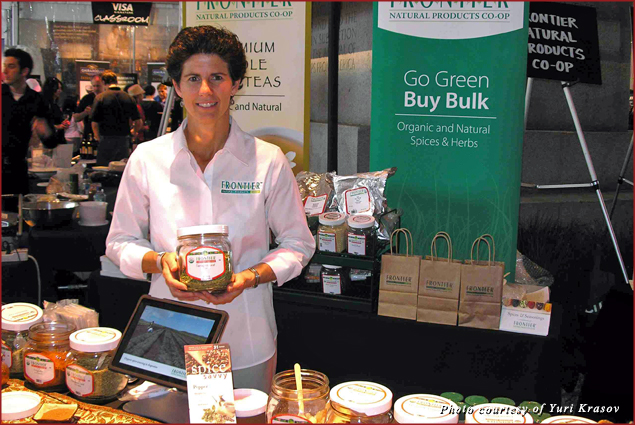 Some of the best chefs in the city faced the challenge of using similar spices in ethnic dishes, all originating from far-removed countries and cultures. 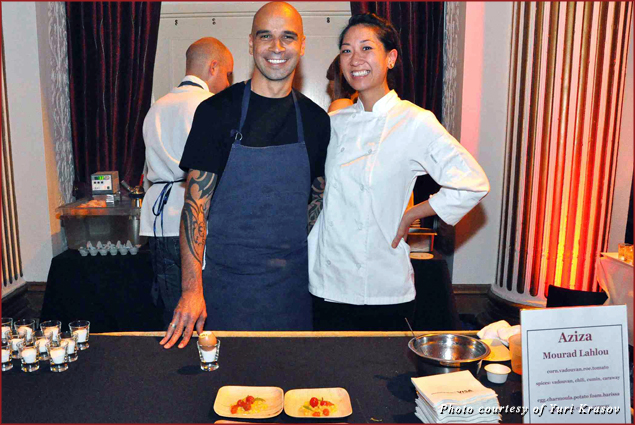 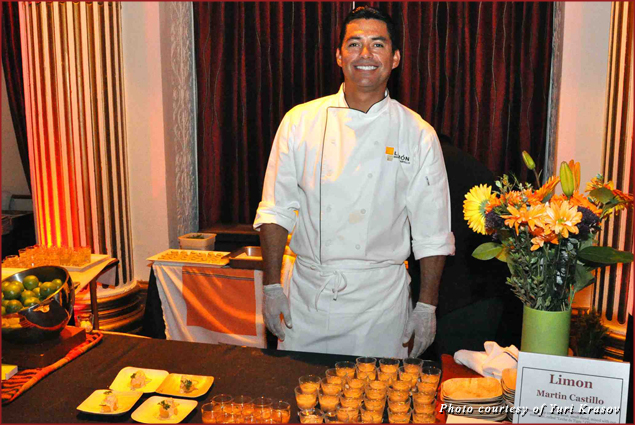 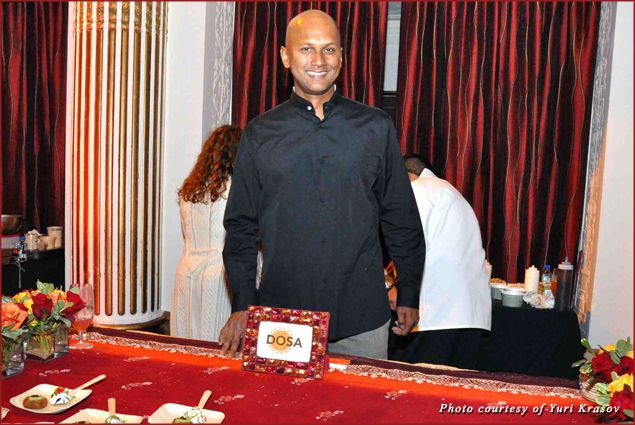 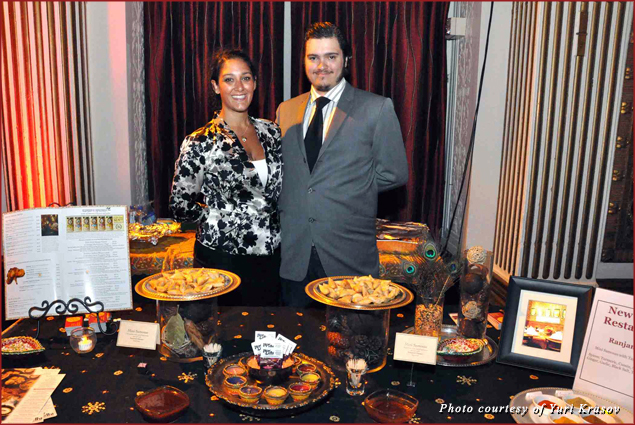 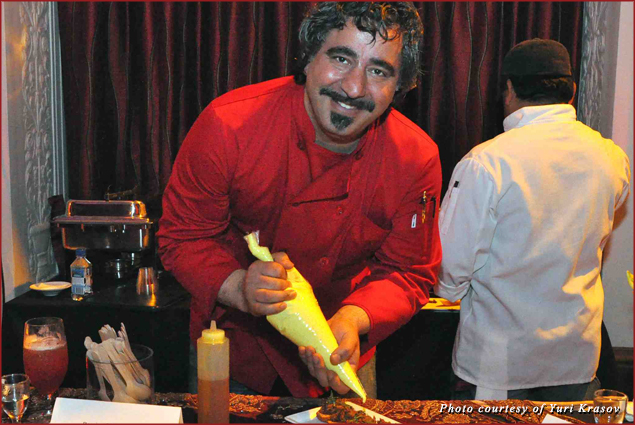 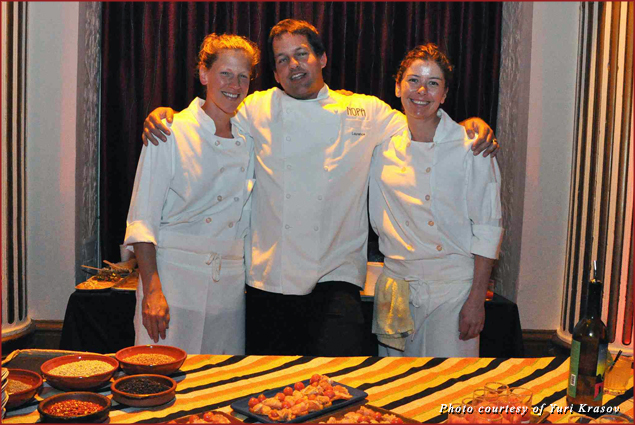 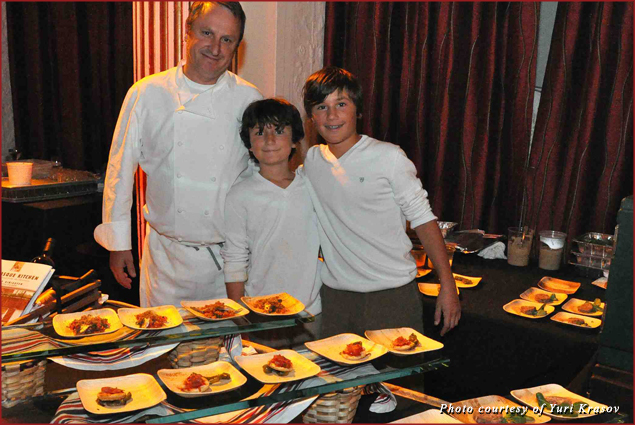 Gerald Hirigoyen (Piperade) got some help from his two young sons, and wowed the crowd by lining up his marinated sardines with coriander and tomato concasse, Piperade tartlets with Serrano crisp and piment d’espelette, and 5-spice oxtail salad with herbed vinaigrette, star anise, cinnamon, cloves, Sichuan pepper, and fennel seeds. 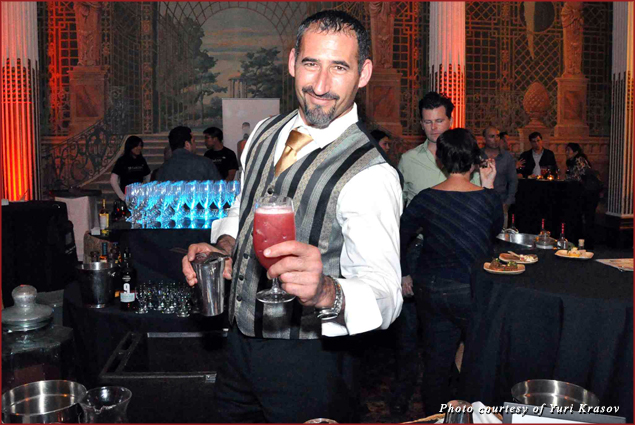 To wash this festival of spices down, David Nepove mixed up A New Frontier with (ri)1 whiskey. 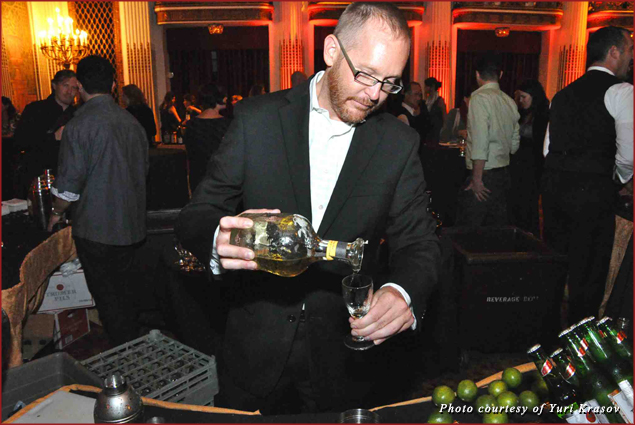 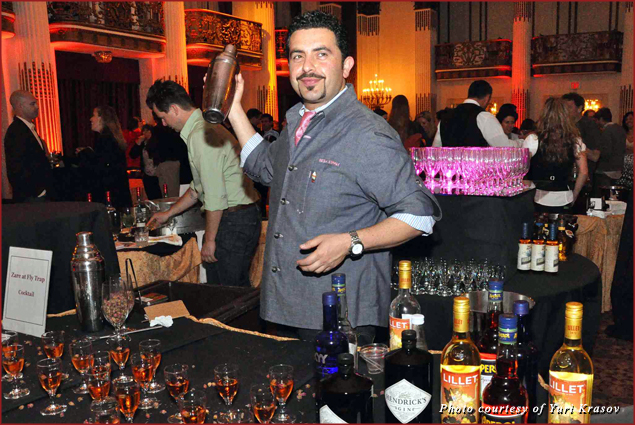 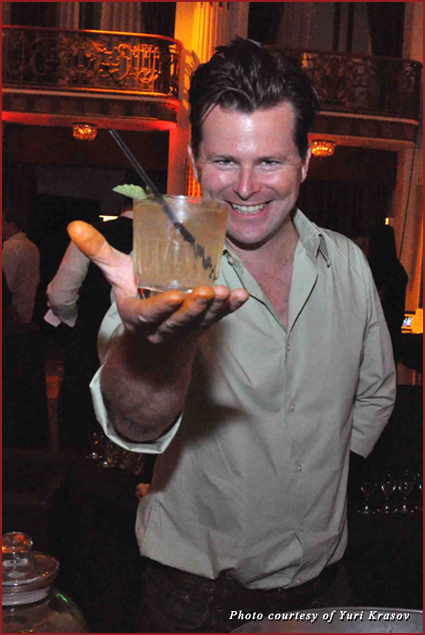 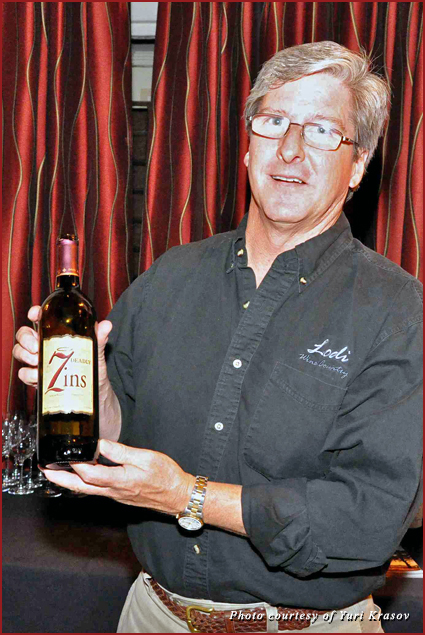 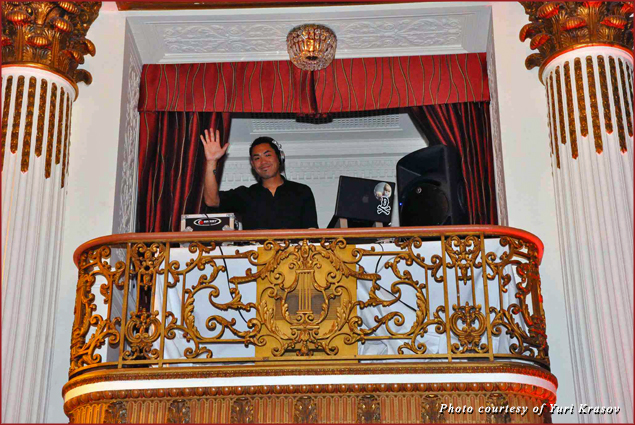 And DJ Daniel J. Louie covered it all with the sounds of music. Want a little Sugar with your Spice? Check out our coverage of SF Chefs 2010’s Sugar Party!