SF Chefs Fork It Over Foodraiser 2010 Leaves No Fork Unturned 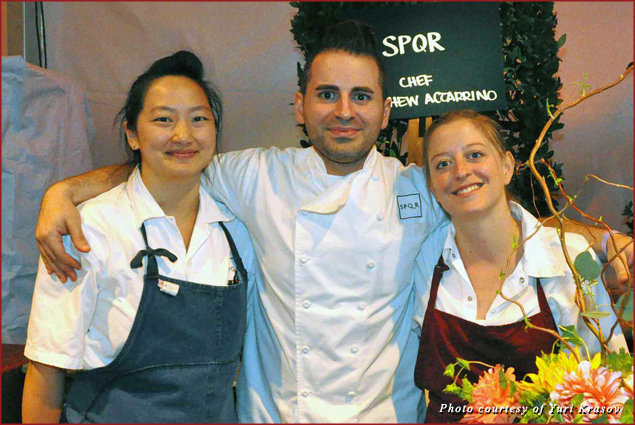 Featuring lamb supplied by the California Lamb Producers, some of the city’s beloved chefs were crafting their masterpiece morsels at the Tasting Tent on Saturday at SF Chefs 2010. Matthew Accarino (SPQR) who makes all his pasta in-house, delivered some heavenly lamb and apricot stuffed potato gnocchi with browned butter and crisped sage leaves. 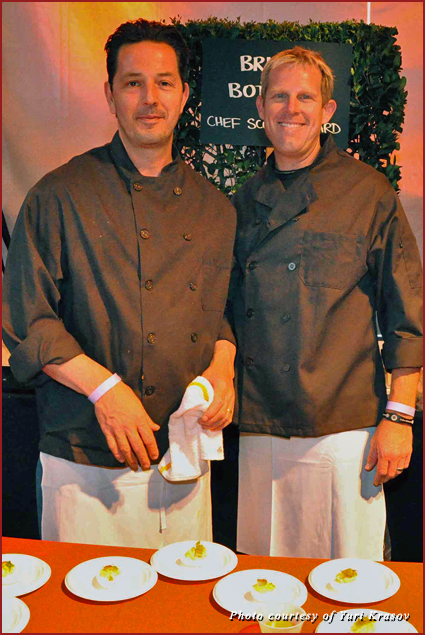 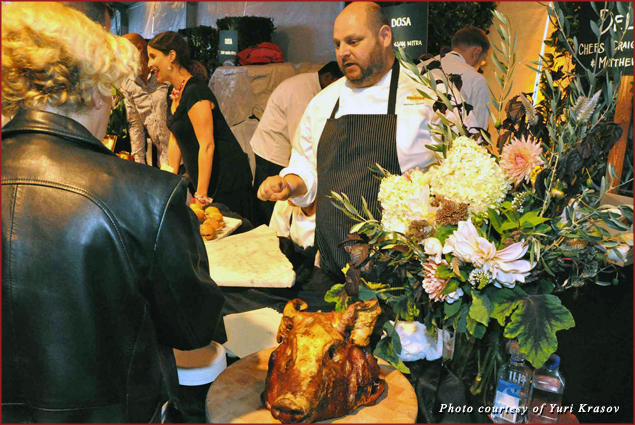 Craig Stoll and Matthew Gandin of [not only] the Mission hipsters’ beloved Delfina and Pizzeria Delfina put together a finger-licking pork sandwich with salsa verde. Steve Connolly of Blue Mermaid was pouring his chunky crab and corn chowder trying to keep up with the demand. 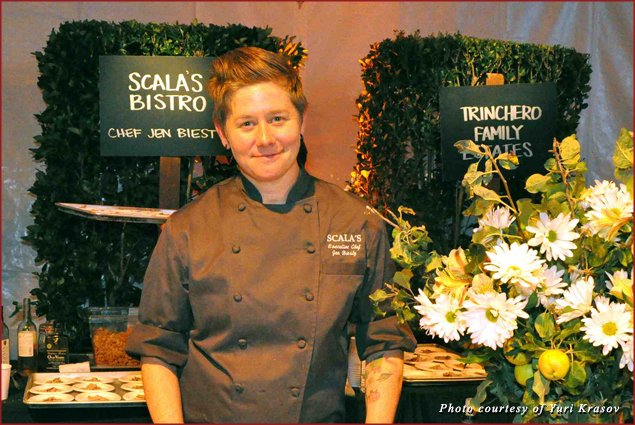 Jen Biesty of Scala’s Bistro at the legendary Sir Francis Drake Hotel ventured into the underappreciated territory of organ meats. Her braised lamb tongue sandwiches with olive oil, salsa dragoncello, picked chili and anchovies were the toast of the tent! Robbie Lewis of Bon Appetit Management Company put his lamb shoulder pieces on the most delicate eggplant puree. There were other amazing chefs and out-of-this-world treats, too numerous to try or mention all, showing their support for the Golden Gate Restaurant Association Scholarship Foundation which benefited from the event’s silent auction. 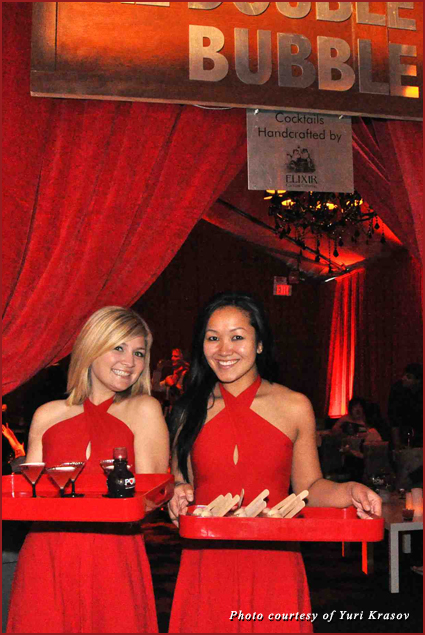 Pom Wonderful, Hendrick’s Gin, and Murrieta’s Well red were flowing freely, as well as Tres Agaves margaritas, made with agave nectar, and other libations, while Sunday’s a Drag ladies daintly enjoyed their drinks and hors d’oeuvres. 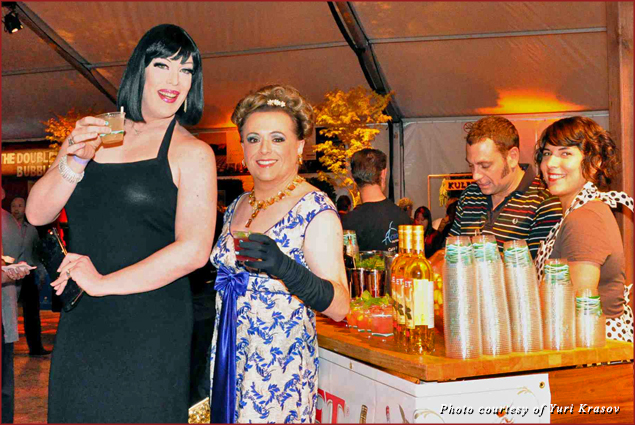