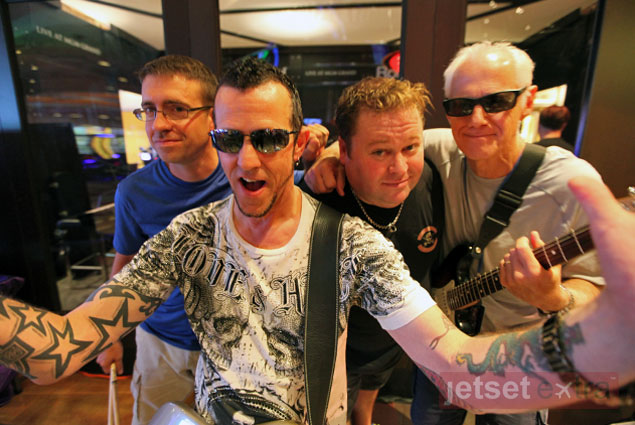 Have you ever wanted to live like a rock star? Ever dreamed of playing with a rock ’n’ roll band in front of hundreds of screaming fans? Well, guess what—you can. In Las Vegas lives the Rock and Roll Fantasy Camp, where the Average Joe rock ’n’ roll fan can learn to play in a band of other wannabe rockers with real rock ’n’ roll celebrities, such as Stephen Tyler from Aerosmith; Kane Roberts, who played lead guitar with Alice Cooper; and Rudy Sarzo, who played bass guitar with rock bands including Ozzy Osbourne, Quiet Riot, and White Snake.

I took my friend Jimmy Dunn with me to the camp, where what he thought would be a good time ended up being one of the best times of his life: 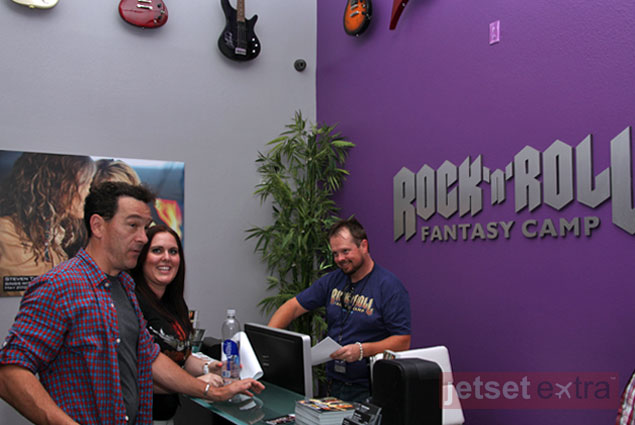 MAB: Would you go back again? What band would you like to play with?
JD: I would go back again, and the reason is because of the camaraderie. It was truly a bonding experience for me, both with the professional musicians and the fellow campers. It wouldn’t matter what band.

MAB: What was it like to perform on stage with your band for the first time?
JD: Performing on stage for the first time was a bit of a nervous experience, but as soon as we got to the first chorus of the first song it became a whole lotta fun. It’s really great to know we had support from our counselor, who was also playing with us. 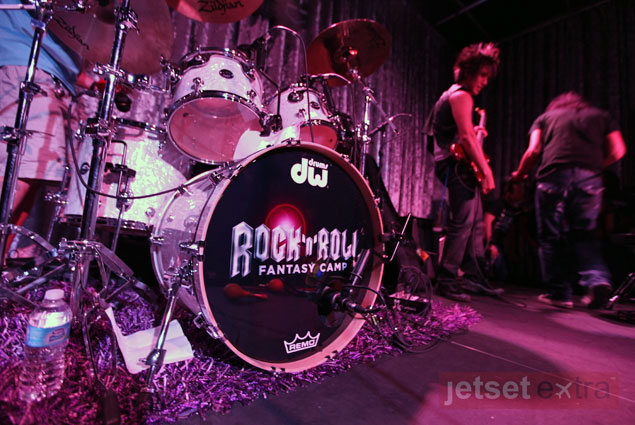 MAB: What was the thing that impressed you most about RRFC?
JD: The most impressive thing about RRFC was the genuine interest the counselors took in all of us. RRFC must really hand pick them because all of them were so engaging and generous with their time. Rudy Sarzo came into our practice space to give Tracy, our bass player, some pointers about band dynamics with the bass. He didn’t have to, he just wanted to. All were genuine teachers.

MAB: What was it like as a guitarist/singer to play with people you’ve never met or played music with before?
JD: As the singer/rhythm guitar player, it was surprisingly easy to play music with these strangers, mostly because everyone there was already a semi-accomplished musician. Kane was able to hear what we all brought to the table and found our common ground easily. Material we all like always makes the music making easy. I’m glad we had the freedom to pick what we wanted to play. Once we had that agreed on, it was so much fun learning our parts together. 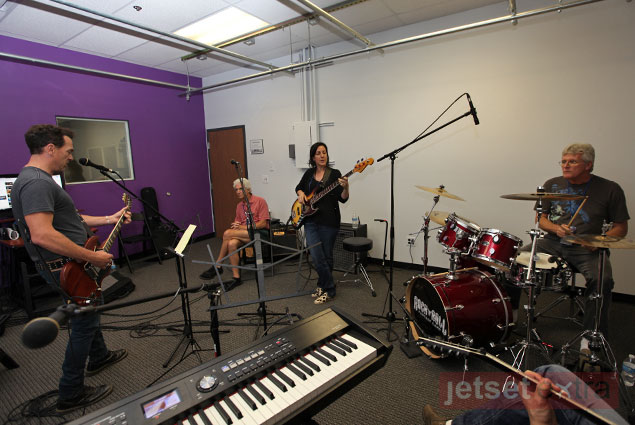 MAB: Did you learn anything about yourself at RRFC?
JD: I was surprised to learn how much I loved to make music with others. Playing by yourself is one thing; being in a band is entirely different. It had been a long time since I had been in a band, and I now know I need to make this a part of my life again. Making music with others is now a priority. Our final departing note from Kane was he hoped he inspired all of us to continue to make music and make it a big part of our lives for the rest of our lives. It is now a source of great joy for me, and RRFC gave me that.

MAB: What did you think about the featured band, YES?
JD: YES was quite a treat! All of our bands got a chance to play with the keyboardist and drummer. When do you get a chance to do that? The drummer actually played the drums backwards to the Stones tune we were doing, just to have fun. The private, almost one-hour-long show we got from Steve Howe was a hell of a treat, too. 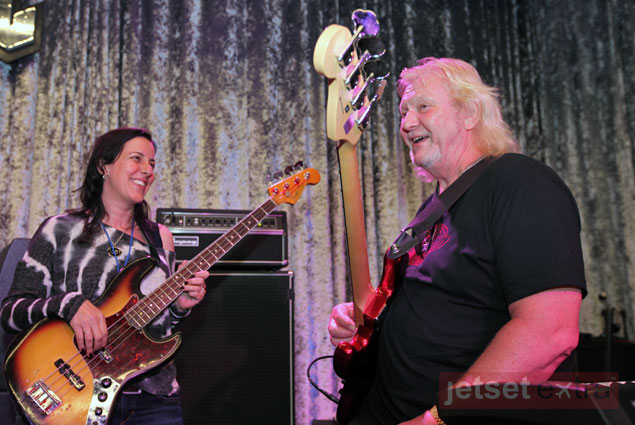 Additional Comments: “I made so many friends at RRFC. When that many musicians get together to concentrate on just playing music for that many days, it is a truly bonding experience. Our job for the week was to be real musicians. That is a hell of a fantasy to deliver, and they do it. When I got home I felt as though I had been gone for a month!”

“RRFC was a magical experience. Besides getting to play music all day with incredibly talented musicians and an amazing rock star counselor, I actually had hands-on coaching by one of my all-time idols, Rudy Sarzo. The camp manages to create an incredibly warm and supportive environment that bonds everyone together, so by the time you play on stage you are really prepared and comfortable with your band. It was just awesome beginning to end, and I can’t wait to go again!” – Tracy Boomer, Bass Guitar Player 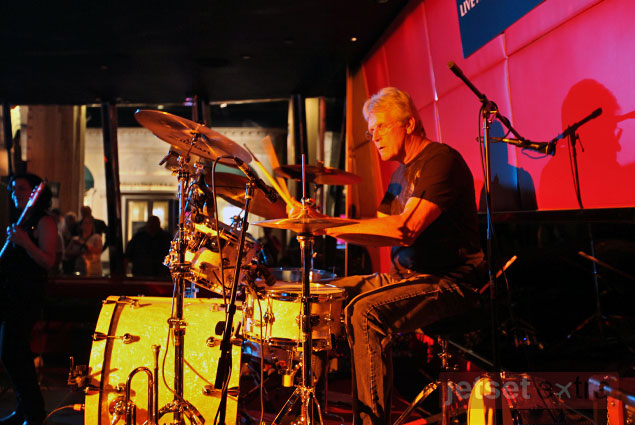 “When I signed up for RRFC, it was all about interacting with YES. And although that was completely amazing and a once-in-a-lifetime opportunity to play onstage with YES, I can’t help but say, when I think back about the whole program, the highlights for me were the interactions with the amazing counselors and what we learned from them as students. My counselor, Kane Roberts, was beyond amazing. His patience, his attention to detail, and his articulation in his explanations, not only to us as individuals but as a band as well, were remarkable. This is a man who has written numerous songs with major airplay and toured the world, and he showed us the same respect he would give his fellow musicians. His abilities as a musician and a teacher are brilliant. There aren’t enough words to describe my experience with him.

Our band, Sausage Fest, was comprised of musicians from various parts of the country, backgrounds, and levels of experience. They were an extreme pleasure to work with. But once in our rehearsal studio together, we were all focused on the task at hand. I personally was impressed with all their abilities and would play with them anytime, anywhere. We definitely kicked ass on stage!

I had heard people state RRFC is life changing, and I wondered how that could be. I can now say I completely understand, and it’s true.” – Jim Mitchell, Drummer

Upping the Airline Stakes: Off to Vegas With Virgin High Rolling: Distinctive Experiences on the Las Vegas Strip