Phoenix Is Coming to the Hollywood Bowl—With Video to Boot 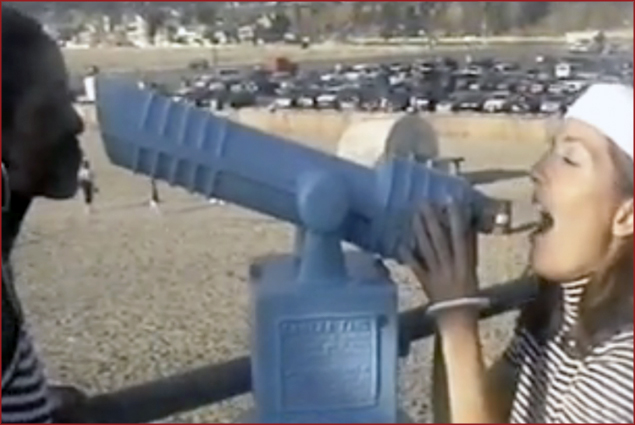 I want to share a classic, silly little video my friend Mat McCarthy directed. It’s called “That’s My Sister” and it stars myself and Kemba Russle, whose comic genius is right on point.

It was an homage to the 1970’s tv shows we all knew and loved, like “Rhoda” and “Three’s Company” etc. We were best friends and sisters and well, supposedly that’s it. We did have the same last name after all. Just inseparable and carefree. 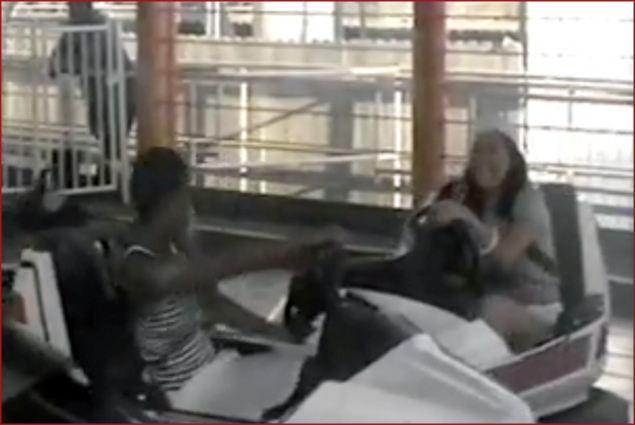 We did a series of them together and I would gather additional footage on trips I would take around the world. Wherever I traveled I would bring my character’s signature glasses and scarf and throw them on whenever I was on a camel say, or in some exotic place. I waved at the Pope wearing my costume on his first tour through the Middle East, when I ran with the pink flamingos in the Masai Mara, in Kenya as Linda Renee, and even used an African friend as my sister’s stand in. My favorite was when we crashed a a SAG strike in a park and I came carrying a sign that had old 70’s slogans on it. “Power to the People” on one side and “Women’s rights now” on the other. It was pure poetry to march through the crowd with an out of context sign while in my black velvet, bell-bottomed power suit and saddle up to none other than 70’s icon Elliot Gould while he was conducting a pow wow just before the speakers came on. I nudged my way in there like I belonged and he nodded to me in a familiar way that must have made him feel like he was having a flashback. 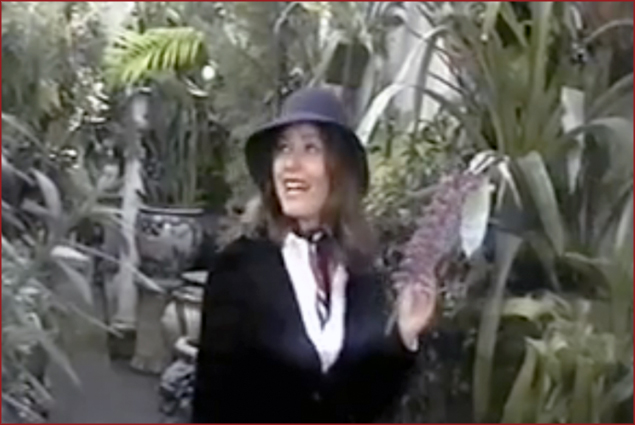 The first video was done to the music of Phoenix and the band loved it. They even asked to meet Mat while he was in Paris and contacted him in LA when they were passing through to play their first American show with Air at Sundance.

We hung out with the whole lot of them at the Magic Castle Hotel. One of them asked me why Americans have so many different kinds of milk. Not sure what he meant, I looked over to see that he was chugging out of a quart of half and half. Horrified, I asked what the hell was he doing? He said he wasn’t feeling well and figured he should have some milk because its supposed to be good for you. But he was confused by all the numbers in the aisle; 2%, 1%, low fat, whole milk. He settled on half and half thinking it was the lesser of all evil. I just had to burst his bubble by telling him that he was creating a load of mucus in his system by drinking that, or any other kind of milk. I continued by saying mucus carries disease and is not good if you are already feeling bad and about to go out into the freezing cold. He rose dramatically threw it away. We all got a good laugh out of it. I’m glad he took heed.

Phoenix will be playing at the Hollywood Bowl on September 18th
Find tickets and hear their groovy sounds live!

See the full video of “That’s My Sister” below: