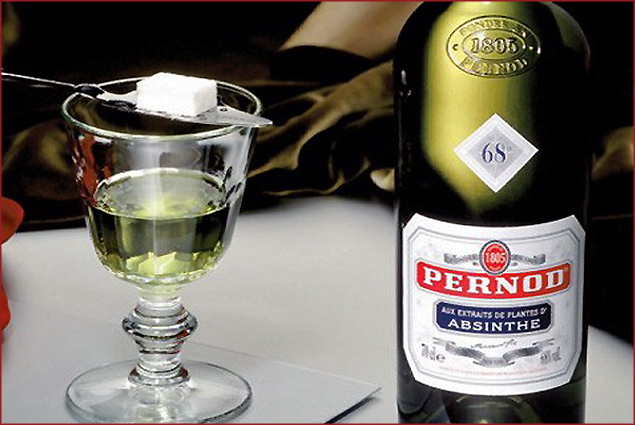 Since I have to wake up at the crack of dawn for work every morning, I’m usually very adamant about going to bed before midnight. However, I do make exceptions for “special nights” – nights where something so cool and yummy occurs, I would feel regretful the next day/week/month if I missed out.

Last week was one that could be classified as a “special night.” Pernod Ricard hosted an “Absinthe Excursion” on Tuesday night, around Boston, showcasing the use of Pernod Absinthe in a wide variety of cocktails. For those of you who are not familiar, Absinthe is a greenish, 136-proof spirit distilled from Grand Wormwood, Fennel, and Star Anise (Anise being its dominate flavor profile). The spirit originated in Neuchatel, Switzerland and was greatly popular in late 19th- and early 20th-century France. Absinthe was subject to much controversy (some said it caused drinkers to hallucinate and go insane) and was banned in 1915. However, a revival occurred in 2000 (a new beginning for a new millennium, as I like to say) and drink returned to full scale international production in 2007. I’ve only tried Absinthe once before during one crazy summer in Europe, and that was in its pure form, which led to a fairly ridiculous night. Game on Boston!

All the Absinthe aficionados met up at Stoddard’s for the first leg of a soon to be long night. We started off with a Sazerac (rye whiskey, simple syrup, Pernod Absinthe, bitters, garnished with a lemon twist) which was served with half-shelled Island Creek Oysters. The oysters were tasty, but I thought the Sazerac was a bit too aggressive, alcohol-wise. 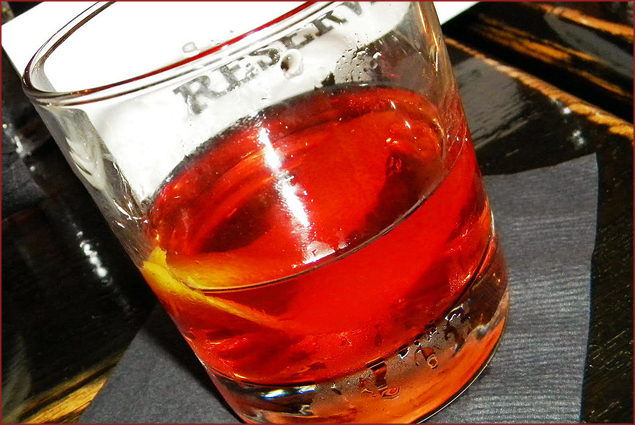 The next drink we had was a Corpse Reviver #2 (gin, Lillet, lemon juice, Cointreau, Pernod Absinthe) paired with lobster hush puppies and avocado cream. The lemon juice was too bitter and was overpowering the drink. The hush puppies were in dire need of salt (and inedible without the avocado cream). This course was a fail. 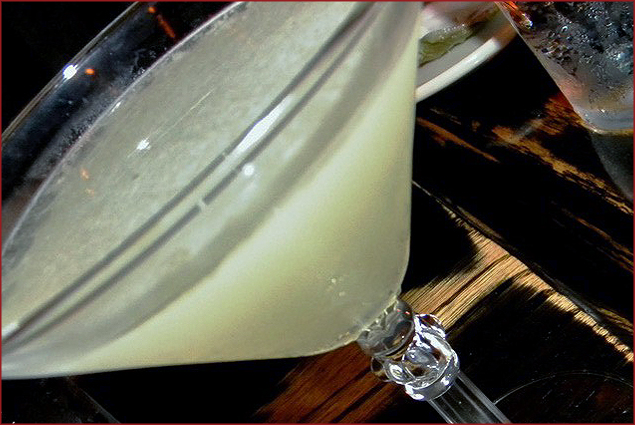 The last drink at this stop was something called The Happy Fanny (Goslings Rum, green Chartreuse, simple syrup, bitters, Pernod Absinthe, and lime juice) – named after a (happy) customer named Fanny. This was served with a Gouda and cask ale fondue. 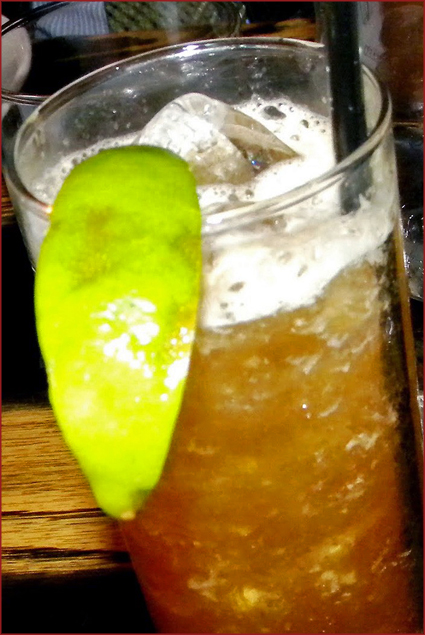 Integral to the history of Absinthe is the 5 step French traditional ritual associated with drinking the drink in its pure form – which was the last drink at this stop. Basically, you pour a measure of Absinthe in a glass (Step 1), then place a sugar cube on a flat perforated spoon on top of the glass (Step 2). Afterward, you drip ice cold water on the sugar cube to dissolve it (Step 3) and then add three to five parts water to the glass (Step 4). Finally, its bottoms up (Step 5)! 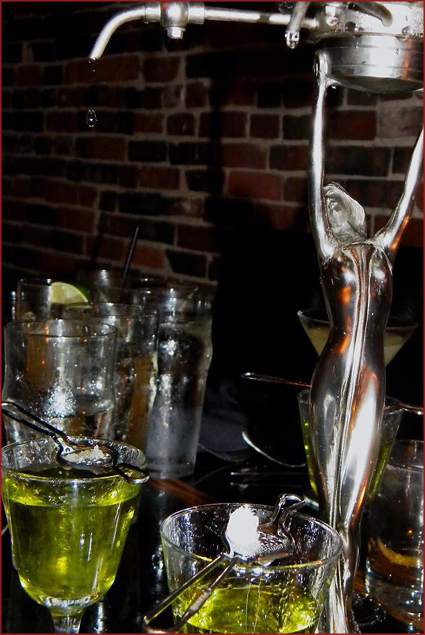 By this point of the night, I was already feeling a bit tipsy (Absinthe is rather strong and I’m not a seasoned drinker anymore) and a bit worried (as Stoddard’s was only the first stop). Luckily, we had this bad boy deliver us straight to the next location!

I had heard quite a bit of positive chatter about Russell House Tavern from the blog-o-sphere, so I was really pumped that this was our second pit stop. The first drink here was called Carlito’s Tears (Milagro Tequila, Pernod Absinthe) and this was paired with a chilled jumbo shrimp and honeydew melon dish. The lightness of the shrimp and honeydew was a great foil to the heaviness of the drink. 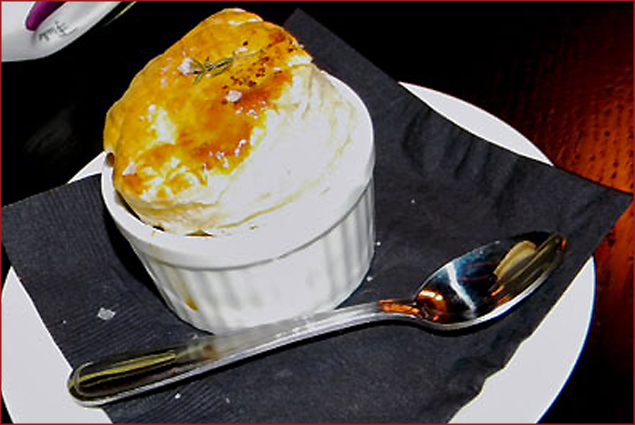 The next drink was called Mountain of Gold and it was paired with a Short Rib Wellington (slow braised, served with roasted mushrooms and topped with a puff pastry crown). I don’t quite remember the drink, but the Short Rib dish really hit the spot – the rich and hearty short ribs contrasted nicely with the flaky, buttery pastry topper – my fave dish of the night! 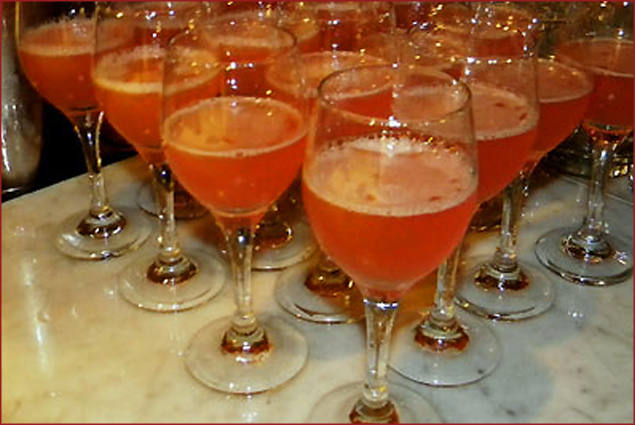 The last drink at Russell House was called the View from Italy, which was made with bourbon, absinthe, and rum and served in a highball glass. This was paired with a chicken liver pate, fig jam on a piece of melba toast. Due to my fear of organs and dark liquor drinks, I passed on both. 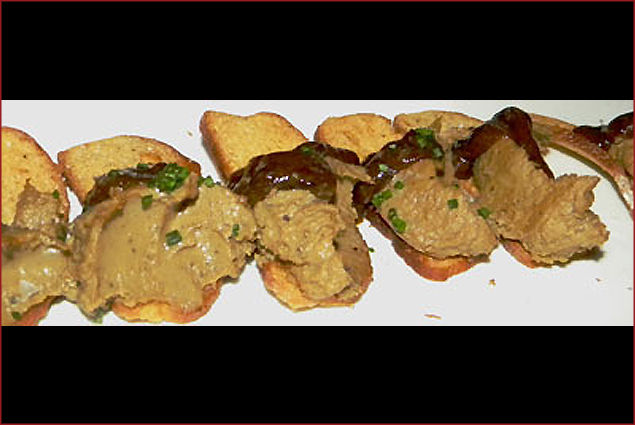 The final stop of this “foray” took me to Drink, a South Boston hot spot well-known by cocktail connoisseurs for its custom blend drinks and intimate comfortable setting. There was no waiting around at this Milk & Honey-esq bar (which was surprisingly packed for a random Tuesday night) – all the libations were already set out for our party! My favorite was the strawberry syrup infused absinthe cocktail , topped with an egg white foam – certainly the most eclectic drink of the night. 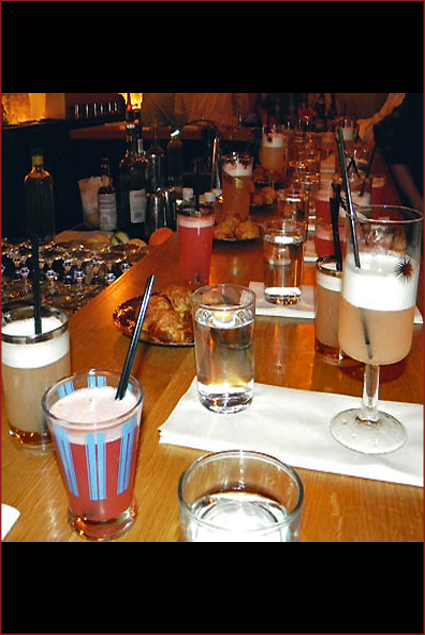 And not only were the drinks good, the food was excellent as well. We had fries with sea salt, mini grilled cheese sandwiches topped with caramelized onions, bacon wrapped dates, and steak tartare from a jar! 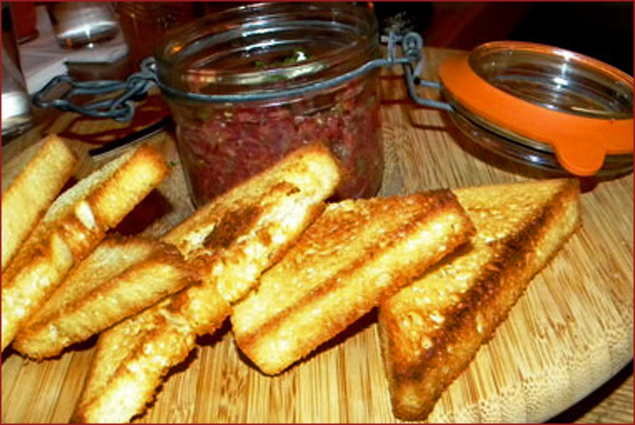 And as the clock struck midnight, I dragged my not so sober self home, Green Fairy in tow to illuminate the way!

A Shining Beacon in Boston