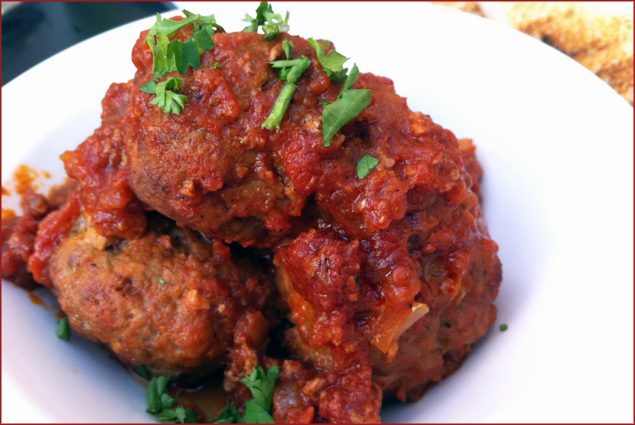 One of my favourite restos in Halifax at the moment is Pipa on Argyle St. Actually, since Pipa opened in 2008, it’s been a favourite. It’s a husband-and-wife-run resto that specializes in Brazilian and Portuguese food. One of the things that I find appealing about this spot is the fact that most of the dishes are unfamiliar, and each one is a new adventure!

As luck would have it, the very day that we decided to head out to dinner and not get into the drink, pitchers of sangria were $5 off. Obviously we ordered one; white sangria with peaches and strawberries. It was an incredibly hot evening, and this delicately sweet bevy was just the thing to quench my thirst. Since we planned on taking our time, I asked that they put ice only in the glasses so as to not water down our ‘punch’. 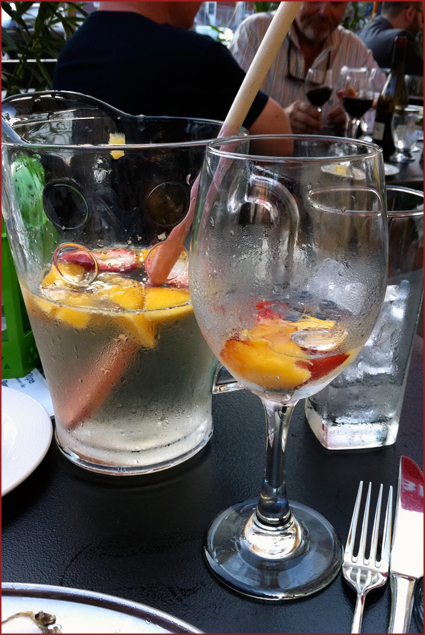 As is often the way at a spot like this, my eyes were bigger than my belly and I ordered three apps; my friend ordered one plus an entree. Loving a good game of chance, he often leaves his choice up to our server – in this case, the owner, who suggested the pork and clams. He prefaced this meal with more crustaceans – an order of Black Point oysters – while I ordered lobster soup, hearts of palm salad and lamb meatballs.

The soup was broth-based, with chunks of potatoes and other veg. I checked it out before ordering, as I’m not particularly fond of a creamy chowda on a hot day like this. It was O.K. There were nice pieces of lobster, but it was lacking in flavour. My friend’s oysters were super tasty and sea-salty fresh. Served with some of Pipa’s uber-spicy green salsa, they set my mouth to waterin’. 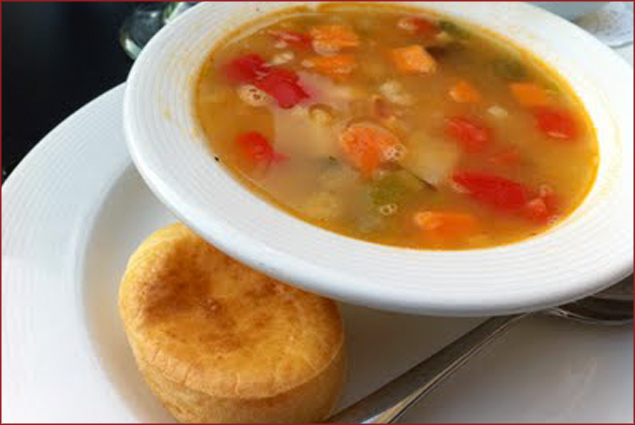 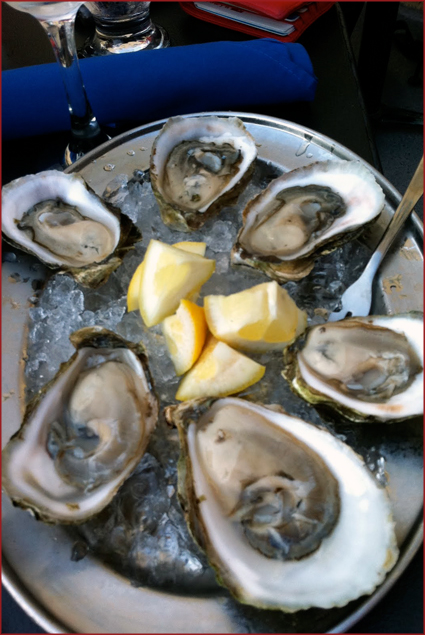 And then came the entrees; my two small plates and my friend’s lovely stew-like pork, clam and potato mix. The hearts of palm salad was original and refreshing. Reminiscent of artichokes, the palm hearts were quite tangy after marinating for several hours in a lime-cilantro dressing. On a bed of mesclun mix with chunks of corn, avocado and tomatoes, this salad was full of flavour and a nice change from other restos’ typical salad options. 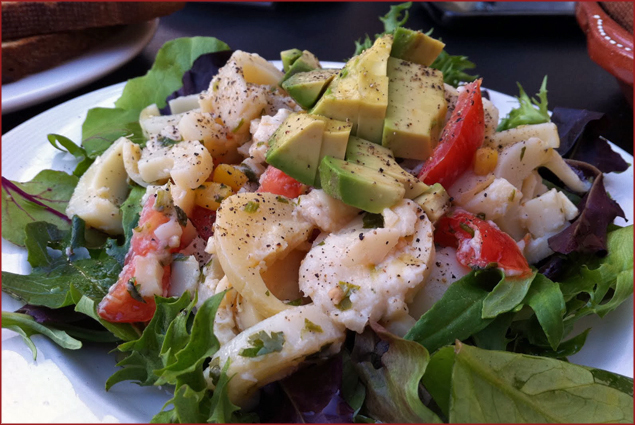 The show-stopper was the meatballs. Admittedly an odd dish; meatballs in a delicious tomato sauce sans pasta, they were served with crispy grilled baguette. It was a decidedly simple, rustic preparation and it was delicious. Ground veal was mixed with the usual suspects: garlic, basil and oregano, but the intriguing edition of a baking spice – nutmeg, made them all the more mysterious. 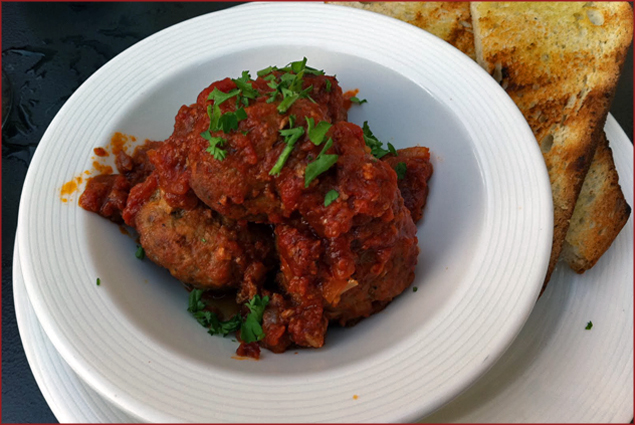 My pal’s pork and clam dish was awesome—and I don’t even like clams! Pieces of pork and clams in the shell were cooked in a flavourful sauce, sprinkled with verdant cilantro and served with grilled bread, which he used to mop up the sauce. These are some of my favorite meals—where bread is a utensil! 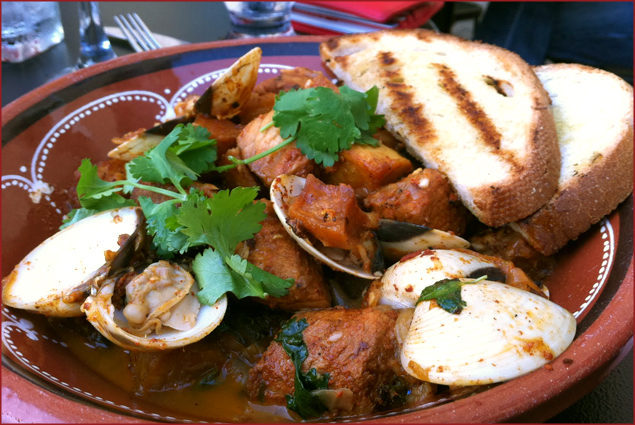 If you are (or even if you aren’t) adventurous, try heading down to Pipa to sit on the patio this summer, or in the atrium in the winter. Though there are options for the curious, there are also plenty items on the menu for those with a more vanilla palate. Of the 25+ menu options, only six are NOT gluten free, so it’s a great spot to take friends and family who are trying to avoid gluten.

Nacho Action at Gatsby’s My Birthday Dinner at Morris East