Oktoberfest at the Viceroy 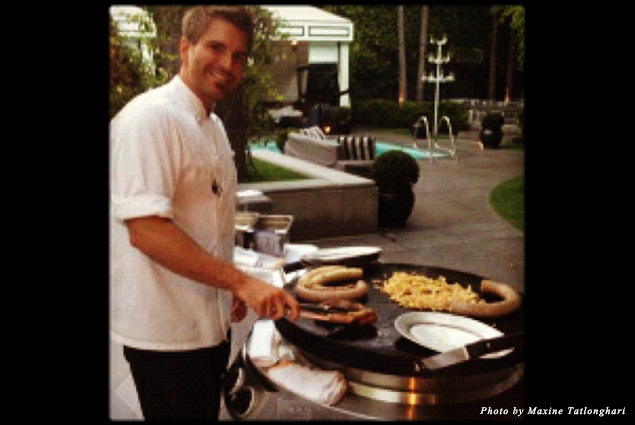 According to Wikipedia, Oktoberfest is:

“… a 16-day festival celebrating beer held annually in Munich, Bavaria, Germany, running from late September to the first weekend in October. It is one of the most famous events in Germany and is the world’s largest fair, with more than six million people from around the world attending the event every year.”

It’s also something we Angelenos like to celebrate. From Alpine Village in Carson, CA to the swanky pool area of the Whist at the Viceroy in Santa Monica, we like to swig beer and eat bratwurst too! So last Sunday, my friend Mylene and I headed over to the Kelly Wearstler-designed Whist, and right as the sun was setting watched as uber-cute chef Chris Crary grilled homemade sausages on an outdoor grill. Do you remember him? He was the fan fave on Season 9 of Top Chef.

And to wash it all down? House-brewed beer. Tony (who was an integral part of the beer-making process) proudly visited our poolside table with bottle in hand and explained each brew to us. It really made me appreciate beer on a whole new level. He served it as a flight (which I always love, sounds so much more elegant than “double-fisting,” n’est–ce pas?):

Kolsch: The second in our brew trifecta was a medium-bodied, German-style beer. It was slightly more hoppy and finished with complex fruit notes.

Dunkelweizen: Anchoring the experience was a dark wheat using German yeasts. It was slightly malty, bready, and toasty, which made it a perfect complement, in my opinion, to these gorgeous pretzels. 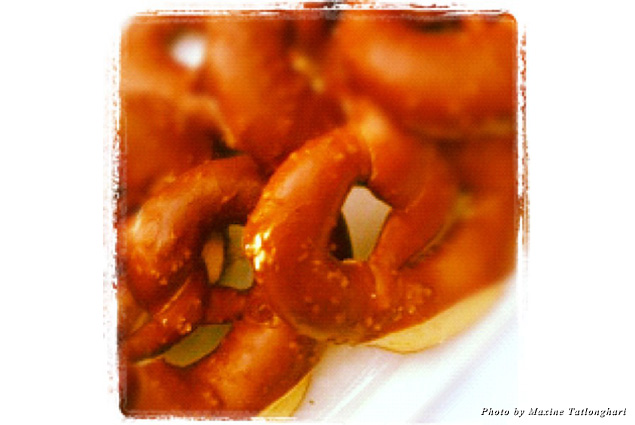 It had been a few years since I dined al fresco at The Whist at the Viceroy, Santa Monica. I forgot how much I enjoyed it.

The swanky hotel (get on the list to see what else they got going on: @ViceroySM

Worldwide travel: @JetsetExtra (Join the #JSETT tweet-up on Thursdays at 10:30 A.M. if you feel like sharing YOUR insider travel knowledge.)

And yours truly, for all things glam: @VanityGirl