North to Alaska Aboard the Wonder 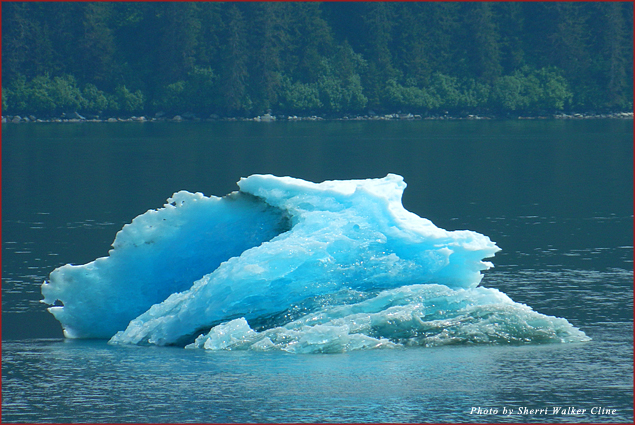 I knew it was going to be a good day when the dolphins showed up before breakfast.

Leaping and spinning, hundreds of common dolphins erupted from the cruise ship’s bow wave on our first full day aboard the Disney Wonder. Their natural exuberance made them seem as excited by the possibilities as we were.

My husband, daughter and I were aboard the Wonder for Disney’s inaugural season in Alaska, part of a movement by the company to expand its range of itineraries. 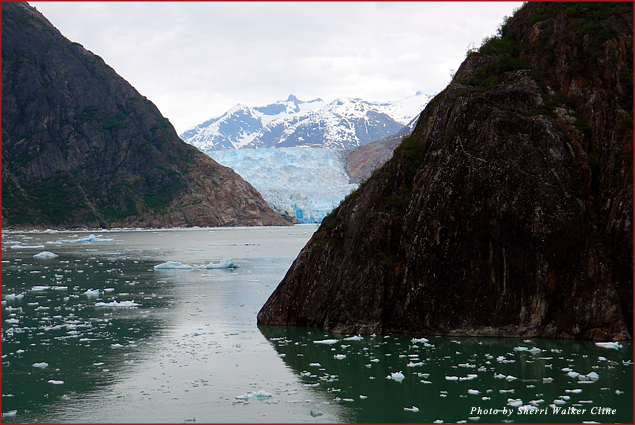 We had always wanted to cruise to Alaska and had always wanted – at least since our daughter was old enough to make her wishes known – to cruise Disney, so when the line announced they would be entering the well-traveled waters of Southeast Alaska, we jumped at the chance. Our seven-night voyage departed from Vancouver, with Skagway, Juneau, Ketchikan and a day cruising the fjord of Tracy Arm on the horizon.

Once the dolphins had been left in our wake, we headed off to breakfast. This morning was our “character breakfast,” an hour-long chance to take pictures with Mickey, Goofy and the rest of the Disney gang, interspersed with Mickey waffles for the daughter and Eggs Benedict and mimosas for mom and dad. After a couple dozen photos and a dance with Chip (or was that Dale?), the highlight of the meal arrived in the form of Minnie Mouse, a character that always leaves my normally outgoing six-year-old tongue-tied in star-struck adoration. 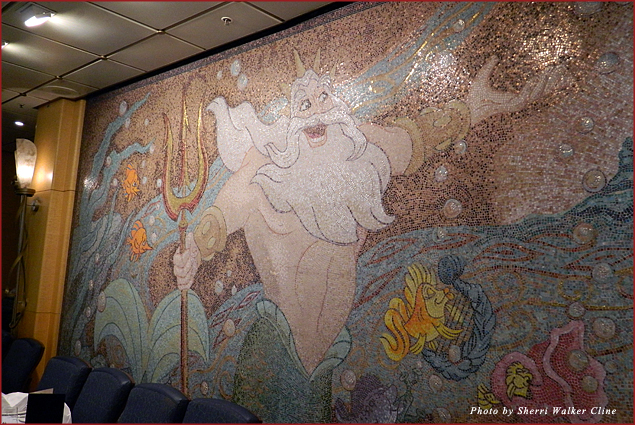 Our visit with Minnie ended with just enough time to spare for the family’s first adventure. For our daughter, that would be the Wonder’s Oceaneer Club for some fun meeting new friends and learning to waltz with Cinderella. For mom and dad, we would kick off the cruise in the Vista Spa, letting the stress melt away during a couples’ massage.

That first day aboard the Wonder set the stage for the rest of the cruise: a perfect mix of memory-making experiences with the whole family ideally balanced with adult indulgences and Best Time Ever fun in the Oceaneer Club for our daughter. 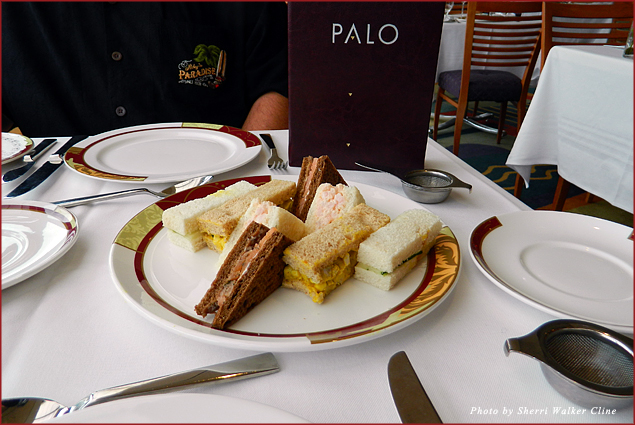 That balance is the main reason that Disney Cruise Line has set the bar for luxury family cruises, and it is built into the ships themselves. Both the Wonder and her sister ship the Magic are designed in classic art deco style. Their refined dining rooms and understated public areas evoke the golden era of cruising, when passengers dressed for dinner and there wasn’t a speck of neon in sight. But at the same time, Disney magic is found in the details: the stunning mosaic mural in the formal dining room is a scene from The Little Mermaid, the curlicue loops embracing the glass elevator form Mickey’s silhouette, and the ships’ dramatic black, red, white, and yellow color scheme match the famous mouse’s wardrobe.

After our time in the adult-exclusive Vista Spa we picked up our daughter, who was already having “the best time of her life,” for lunch as a family. Then it was off to Mickey’s pool and the irresistible allure of the giant yellow water slide. Bundled in sweaters and jackets, we watched our daughter’s gleeful exuberance in the pool. What are 45-degree temperatures when there’s swimming to be had – after all, the pools were heated to nearly 90 degrees.

With the daughter’s pool lust suitably sated, she clamored to go back to the Oceaneer Club and we dropped her off just in time for high tea at Palo, the Wonder’s adult-exclusive on-board restaurant. 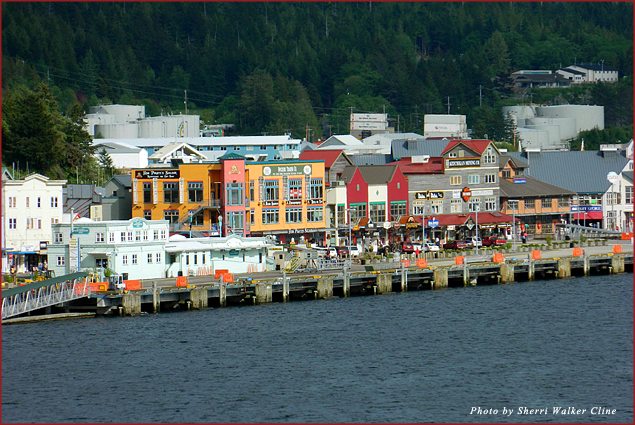 Serving brunch, high tea, and dinner, Palo is an Italian-themed alternative to the array of offerings in the other dining venues onboard. Classic tea sandwiches, scones, and trifles were the ideal complement to the menu of teas on offer. The two-hour tea experience provided plenty of time to reconnect as a couple and share our plans and hopes for the rest of our cruise.

Those leaping dolphins that had begun the day were just a harbinger of great things to come. The next week was filled with the awe-inspiring scenery of Alaska, the impeccable service and amenities of a luxury cruise line, and the memory-making magic of Disney.

By the time the vacation was over there was only one reason the three of us were willing to disembark – we had booked another cruise before our first one even ended. 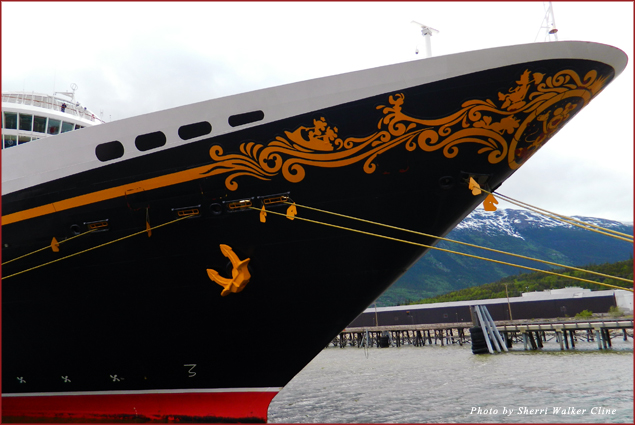 The Wonder, like nearly every other cruise ship in Southeast Alaska, visits the ports of Skagway, Juneau, and Ketchikan. The route is a popular one, with as many as five other ships in port while we were there. Since many of the ships carry more than 3,500 passengers, these small towns are often as crowded as Disneyland on a holiday weekend.

Since Alaska’s gold rush busted at the turn of the last century, many of the towns have turned to the gold of tourism, and visitors can find everything from hokey tourist experiences to truly once-in-a-lifetime adventures.

While Disney has arranged a range of shore excursions that passengers can book before their cruise, we opted to get off the beaten path and explore on our own. In Skagway, that meant renting a car and driving into the Yukon, where we had several close encounters with black bears recently awakened from their long winter naps. Luckily these bears were more interested in munching dandelions than over-excited tourists. In Juneau we used taxis to explore a few of the capital city’s highlights, including Mendenhall Glacier, a dramatic – and crowded – natural wonder.

Ketchikan was the most picturesque of our three port stops, with brightly colored buildings nestled up against a bustling waterfront. Stunning stained glass art installations highlight the waterfront, depicting local wildlife with a native flair. The shopping there ranged from touristy tchotchkes to dramatic native art pieces. 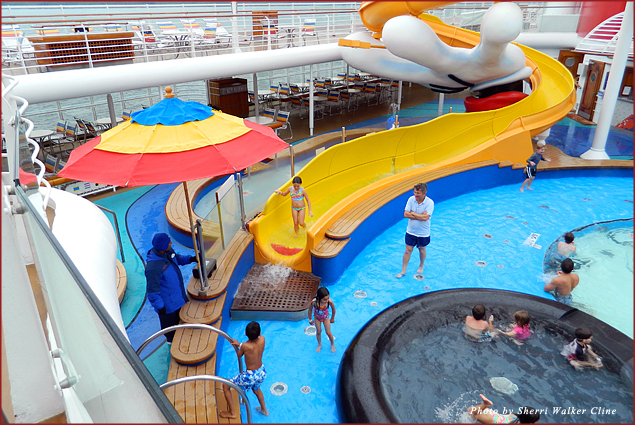 Each of Disney’s soon-to-be four cruise ships features a decadent spa run by Steiner TransOcean, and the Disney Wonder is no exception. The Vista Spa is an adults-only oasis of massage rooms, aromatherapy showers, and indulgent spa villas, where treatments are interspersed with tea ceremonies, ocean-view hot tubs, and chocolate-covered strawberries.

We took advantage of the relaxation offered by the spa on several occasions, with not only a couple’s massage but also an Exotic Rasul, an intimate couple’s treatment that will now be a must-do on future cruises. The Exotic Rasul allows you to be each other’s massage therapist in a private space complete with steam shower and all the luxurious spa products you can imagine. Unique to Disney’s Wonder and her sister ship the Magic, the Exotic Rasul is the perfect treatment for romance, whether you’re looking to ignite it, rekindle it, or just keep the home fires burning.

Even if you don’t choose to have a treatment, the Vista Spa’s Rainforest Room is available with either a daypass or cruise-long pass and provides an excellent retreat for relaxation. 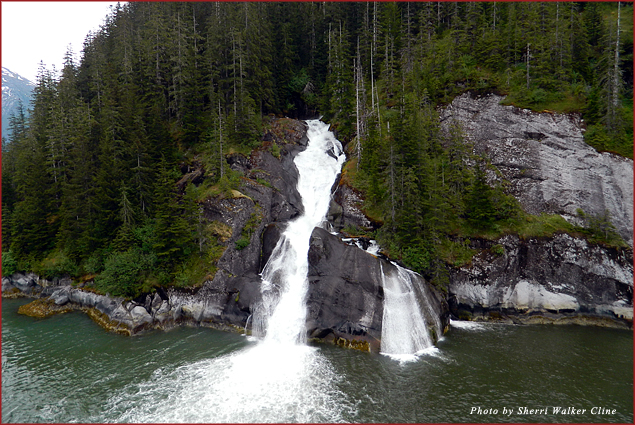 Disney Cruise Line’s dedicated fans, family-friendly reputation, and top-of-the-class service level gives the line the popularity and built-in customer base to experiment with destinations. In 2011, that meant adding the Mexican Riviera and Alaska. In 2012, the line will continue to cruise the Mexican Riviera from Los Angeles and sail Southeast Alaska, primarily from Seattle. They will also offer a two-week trip to Hawaii (don’t get too excited – that trip sold out within days of release) as well as seven-night California coastal cruises from Los Angeles, seven-night Western Caribbean cruises from Galveston, and eight-night Bahamian cruises and five-night New England coastal cruises from New York.

Disney Cruise Line’s two original ships, the Wonder and her sister ship, the Magic, were joined last year by the state-of-the-art Dream. Early next year, the Fantasy will take her maiden voyage and join the rest of the fleet on the high seas.

For now, plans are to keep the Dream and the Fantasy operating from Port Canaveral, where the passengers have the convenience of adding a Disney Cruise to their Walt Disney World vacation as well as the inducement of visiting Disney’s private island, Castaway Cay.

Additional itineraries will be released in October 2012, and with four ships on various voyages, there are sure to be some surprises on the horizon. 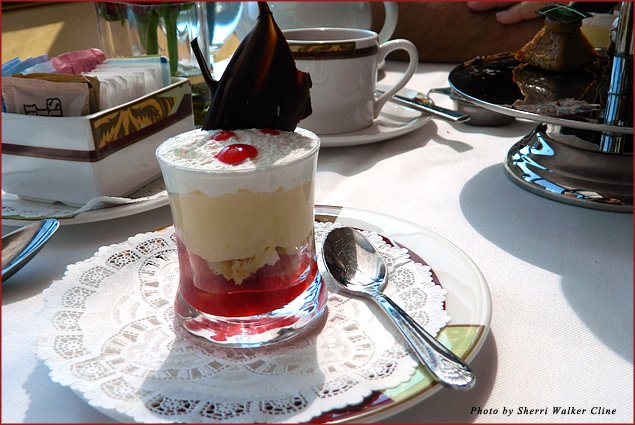