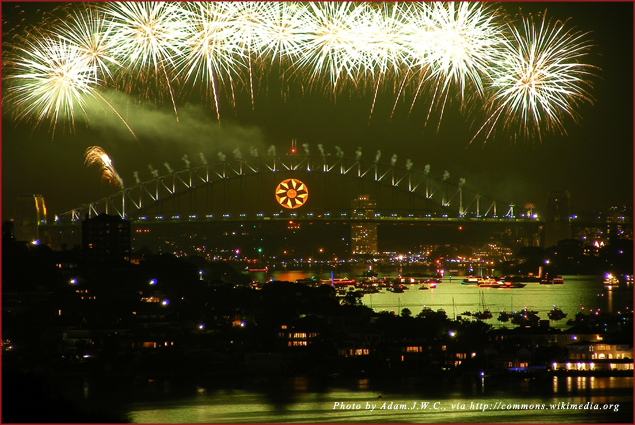 New Year’s Eve is one of those hyped-up holidays ripe for disappointment. It’s a little bit like the prom: you get all dressed up and then spend the evening trying to find someone to kiss. And while we’ve just put New Year’s Eve 2010 to bed, it’s never too early to begin planning where you’ll spend December 31, 2011. We’ve covered the globe with New Year’s celebrations on every continent (minus Antarctica and substituting a warm Caribbean locale in its place). Whether your New Year’s Eve style is black tie or barefoot, various celebrations around the world have got you covered. Kissing partner not included.

Australia – Sydney, New South Wales
If you want bragging rights as one of the first in the world to ring in the New Year, Sydney, Australia is your place. These family-friendly events begin on New Year’s Eve with an aerial show over Sydney Harbour at 5 pm. At 8 pm, an indigenous smoking ceremony said to rid the Harbour of negative spirits is performed aboard five vessels. Family fireworks set to popular children’s music take place at 9 pm, followed by a parade of more than 50 lighted vessels. The celebration culminates in a fireworks display at midnight before 1.5 million people.

Where to Stay: The Establishment Hotel is a luxury boutique hotel within walking distance of Sydney Harbour. After midnight, continue the party at the hotel’s Hemmesphere Lounge. 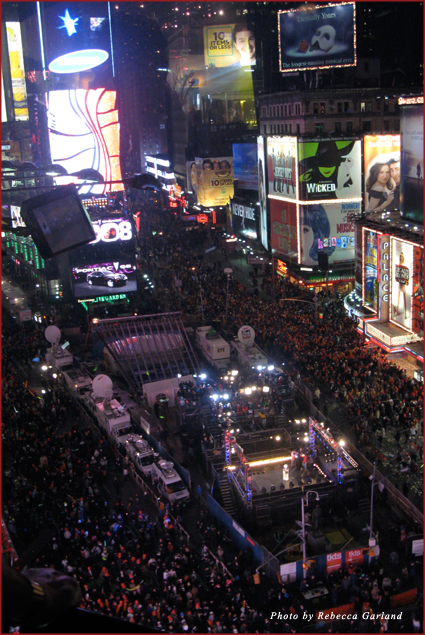 You can watch the ball drop while sitting in front of your television, or you can be in the heart of the action. But forget standing in the cold and the crowd. The Marriott Marquis in Times Square hosts an annual New Year’s Eve celebration in their Broadway Lounge, offering nearly eye-level views of the ball drop. The party ushering in 2011 featured an Old Hollywood theme with an open bar, culinary stations, a 1940s-style big band, and a DJ playing modern hits. Each year the Marriott Marquis’ celebration tops the previous, so expect even more for next year’s bash.

Where to Stay: Where else but the Marriott Marquis? You only need to stumble from the party back to your room. 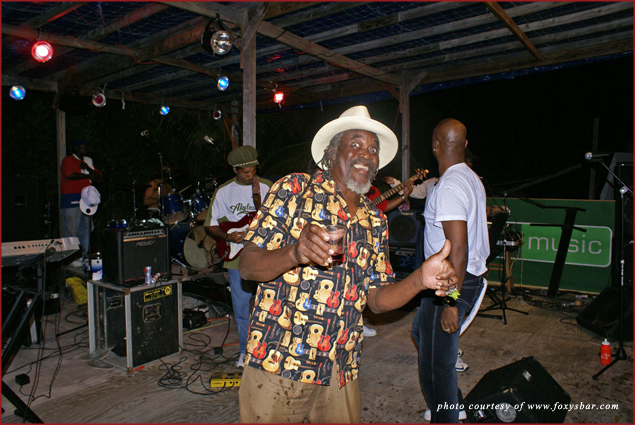 Caribbean – Jost Van Dyke, British Virgin Islands
In 1999, the New York Times selected Foxy’s Bar as one of its recommended hot spots to ring in the millennium. However, Foxy’s location on the sleepy island of Jost Van Dyke, British Virgin Islands is deceiving. Its New Year’s Eve a.k.a. “Old Year’s Night” party turns this sparsely populated island into the epicenter for Caribbean celebration. Most attendees arrive by chartered yacht, anchored in Jost Van Dyke’s harbor. Live music and dancing lasts all night, powered by a five-course dinner and Foxy’s own home brew. Look for Foxy to make an appearance during the night. Just don’t drink so many Pain Killers that you forget where you left the boat.

Where to Stay: Simply put – a yacht. 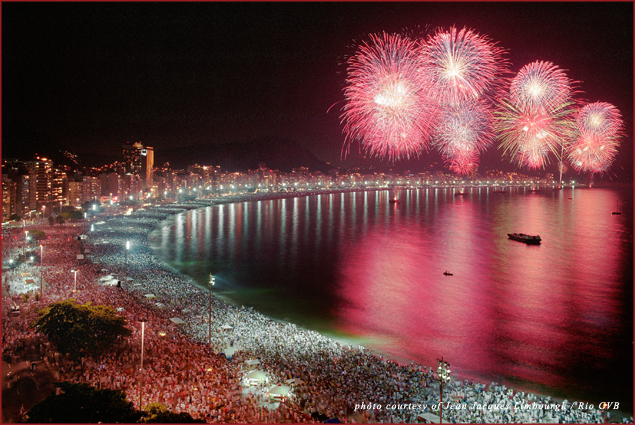 South America – Rio de Janeiro, Brazil
While Sydney’s and Rio de Janeiro’s New Year’s Eve celebrations each host more than one million revelers, that is where the similarity ends. Rio’s fireworks and accompanying celebration is not quite as, ah, family friendly. With the center of the action on Copacabana Beach, the night can be summed up in two words: champagne and bikinis. Four stages along the beach will feature live music from notable international bands and DJs. Participate in an African ritual honoring Lemanja, the Goddess of the Sea, by throwing white flowers into the ocean or offering candlelit gifts to her at the water’s edge.

Where to Stay: Situated on Copacabana Beach, the famed Copacabana Palace gives you a front-row seat to the action. 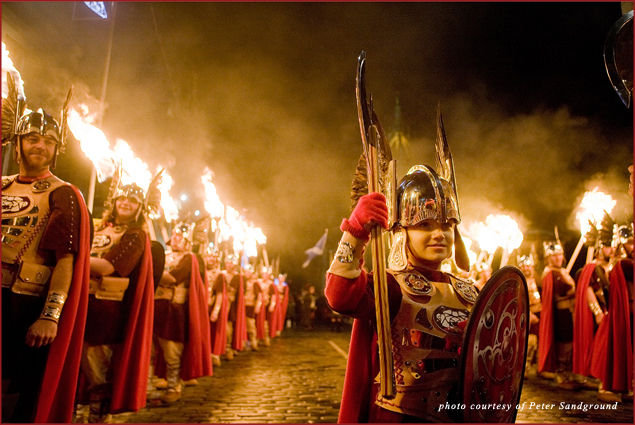 Europe – Edinburgh, Scotland
Visit the origins of Auld Lang Syne at Hogmanay in Edinburgh, Scotland. A torchlight procession kicks off the festivities on December 30th, followed by four days of live music, a film festival, comedy shows, theatrical productions, and a carnival. Hogmanay attendees celebrate New Year’s Eve at a street party with four stages of live music and entertainment, DJs, giant screens, outdoor bars, and midnight fireworks. Should old acquaintance be forgot, you are sure to make new friends among the 100,000 attendees.

Where to Stay: Situated on a residential cobblestone street, the Number 10 Hotel provides a respite from the festival’s madness.

When spending New Year’s Eve in Marrakesh, Morocco, there is no need to go to a club, find a party, or watch fireworks – the party is built in to the atmosphere. Spend the evening at a cafe overlooking Djemaa el-Fna square and marketplace in Marrakesh’s medina. Complete with snake charmers, fortune tellers, acrobats, musicians, henna artists, storytellers and magicians, you will find yourself truly a world away from a lackluster evening on the couch.

Where to Stay: A former palace, La Villa des Orangers, is located in the heart of the medina, within walking distance to Djemaa el-Fna. 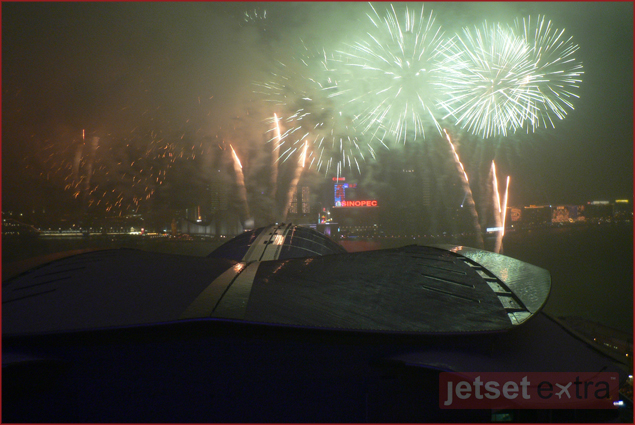 Asia – Hong Kong
The Chinese New Year is the real celebration, but the Chinese still know how to party like westerners on December 31st. With Hong Kong’s spectacular skyline as the backdrop, a fireworks display synchronized to music kicks off at midnight over Victoria Harbour. A food and drink cruise will give you a prime spot for viewing. After the fireworks, Lan Kwai Fong, a cobblestone lane in the city, is a draw for New Year’s revelers due to its fine dining set alongside bars and nightclubs that will suit any taste.

Where to Stay: A Hong Kong institution since 1928, the Peninsula Hotel features views of Victoria Harbour for New Year’s Eve and a wellness spa to ease any residual hangover for New Year’s Day.