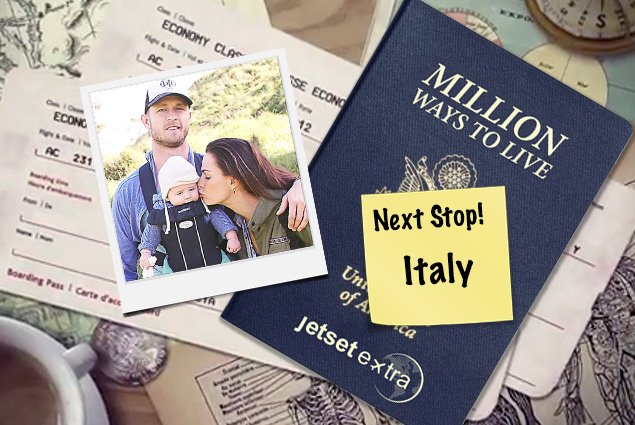 Our Italian leg of the journey took us north to some beautiful seaside towns on the Adriatic Coast. Luke, back in his prime, played American football for the Italian league, and we wanted to film an episode about a football player on his old team.

Serendipity is an incredible thing; it turns out that the new quarterback for Luke’s old team, the Ancona Dolphins, is also an American called Luke. He is the same age as Luke was when he played and is also a Cancer star sign. It’s a small, small world. 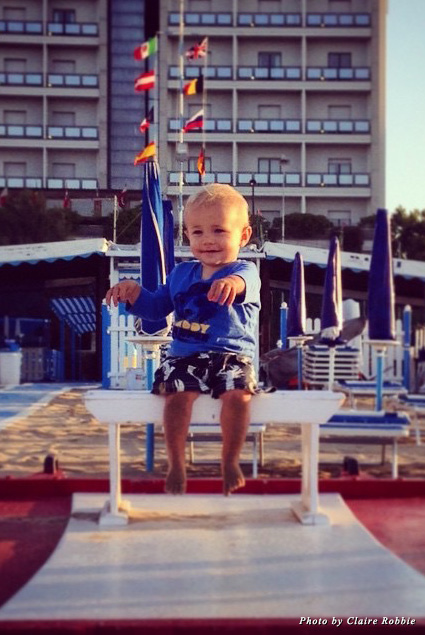 So with our talent lined up we rented a car from the Rome airport, complete with car seat for Jack, and hit the road. The drive up north was gorgeous, with rolling hills, beautiful bridges, and old towns perched precariously on cliff tops. We stopped for Caprese salad and prosciutto sandwiches along the way, of course.

Our first stop was Pesaro, an Italian resort town that was just starting to come alive with the warmer weather in early June. This town is popular with locals and European tourists, and the beach is one typical of a resort. The rows of chairs and umbrellas are very novel to a Kiwi girl who is used to a bit more space on her beach. You can rent beach chairs for a reasonable price and the Adriatic Ocean is lovely and warm, even in June. 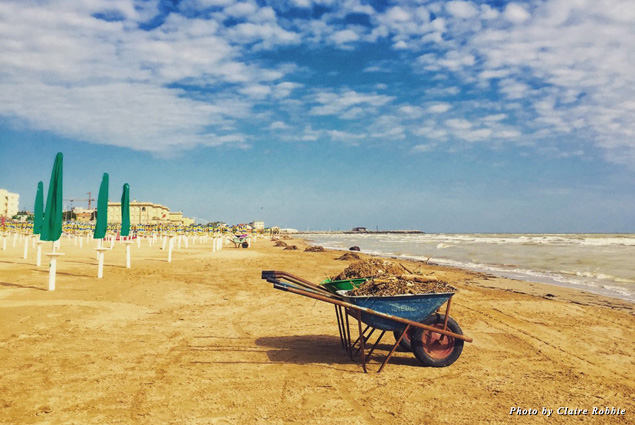 Along the beach are restaurants, bars, and never-ending gelato shops. It’s almost impossible to go wrong with Italian cuisine. I have always been a fan of spaghetti vongole—spaghetti with clams—and enjoyed this dish on numerous occasions. In fact, it gave us an idea for an extra Italian episode of Million Ways to Live, as vongole are a local specialty down here. 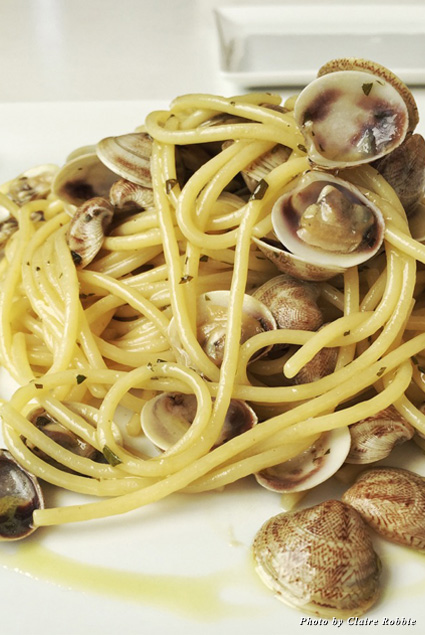 We managed to find a very famous vongole fisherman named Paulo who took us out on one of his boats to watch him in action as the sun rose above the Adriatic. Paulo is very conscious of protecting the oceans and his industry, and vongole fishing here is highly regulated and monitored. The fisherman here in this area do the very best to make things as sustainable as possible. 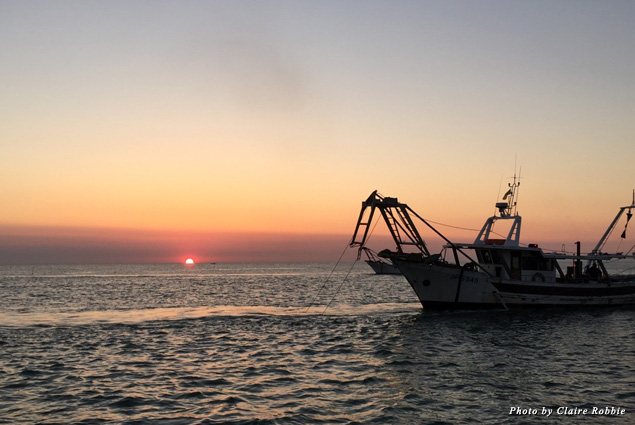 Paulo then showed off his cooking prowess at an Italian dinner party for Emily, Jack, and me. 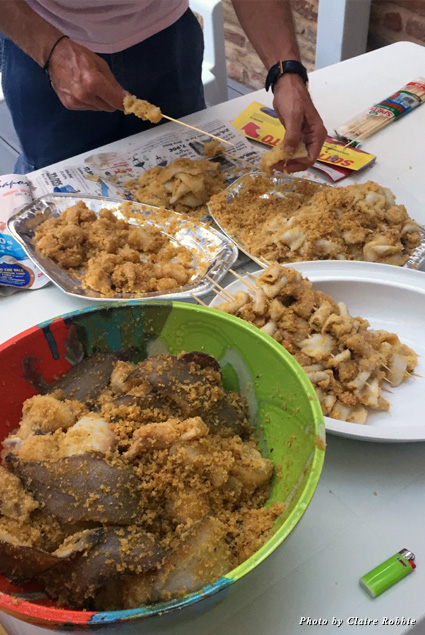 Near Pesaro is the smaller town of Fano, which is definitely worth a visit. You can easily travel between beaches via train. This town has more of a younger, party vibe, and GreenBar on the waterfront has an incredible aperitivo beginning at 6 p.m. Similar to tapas in Spain, aperitivo is the delicious small bites of food served when you buy cocktails and wine—Italian happy hour! We spent more than a couple of evenings here making the most of this.

In the town center of Fano you’ll find possibly the very best gelato on the planet. Pino Bar is a family-owned-and-operated gelateria, coffee shop, and bar. The ice cream creations and flavors here are out of this world. Jack was very fortunate enough to taste his very first gelato here—nothing but the best for out traveling baby! 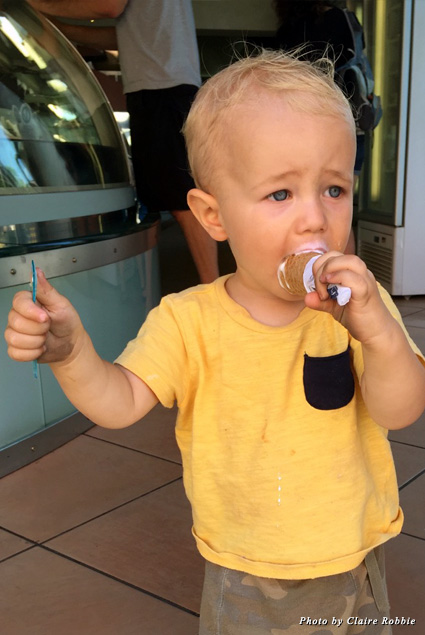 Then it was on to Ancona, an industrial town that isn’t really worth the pit stop, but it was where our quarterback lived and trained. We spent a few days filming the lifestyle of an American quarterback in Italy. Luke Zahradka showed us around Ancona and explained how he trains and coaches his team. It’s an incredible opportunity for talented young football players, and our own Luke was definitely nostalgic for his time in Italy.