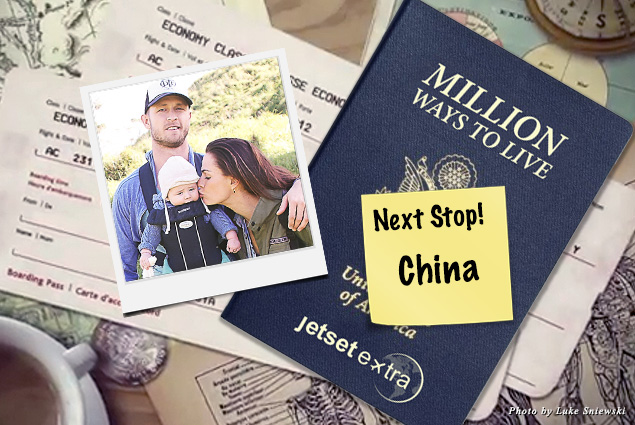 After 10 months on the road without consistent access to a gym or training facility, I was nervous about going to China. Despite being out of shape and generally tired from traveling, I was going to Qufu, a small town a few hours north of Shanghai, to live and film at the Shaolin Kung Fu School.

And after 40 hours of travel, I showed up my first day unmotivated and uninspired. I dragged my feet into the hall where all the students were training. As soon as I saw students practicing jumps, kicks, and tumbles on the mats, my spirits lifted. I took out my cameras and began filming and participating in one of the coolest experiences I’ve had on this trip.

Playing football in high school and college required me to adhere to an extremely intense and structured training program. Being an athlete in school is like having a full-time laborer’s job. And to be honest, it made school easier—not harder—to have such a demanding schedule. Training at the Qufu Shaolin Kung Fu School was the first time since football that I had a fully planned day of physical activity. From morning to night, my day was filled with stretching, conditioning, tai chi, take downs, and kicking basics.

I was getting my butt kicked on an hourly basis and my body, rather than holding back, was craving more and more movement and kinesthetic learning. I even learned a new way to enjoy stairs. My clients won’t love this one when I get back to Auckland. 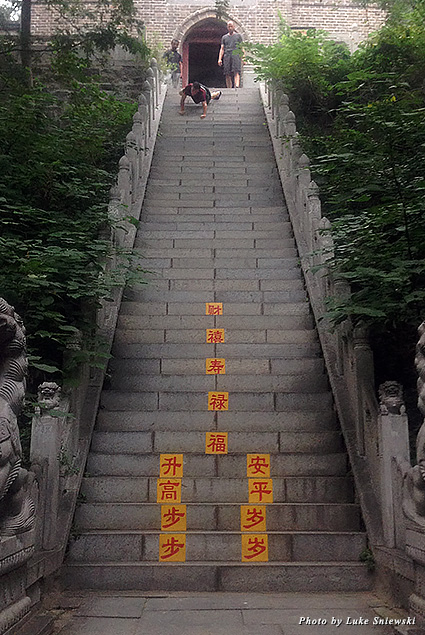 I didn’t realize how much I missed the structure and routine. I absolutely loved it.

The students at the academy inspired me. They were tough as nails and pushed through any challenge placed in front of them. During one of the take down drills, one of the students fell awkwardly on his shoulder. He recovered for a few minutes before jumping back into the drill. It wasn’t until the following day that we got an X-ray and confirmed he had a broken collarbone. He didn’t stop training. 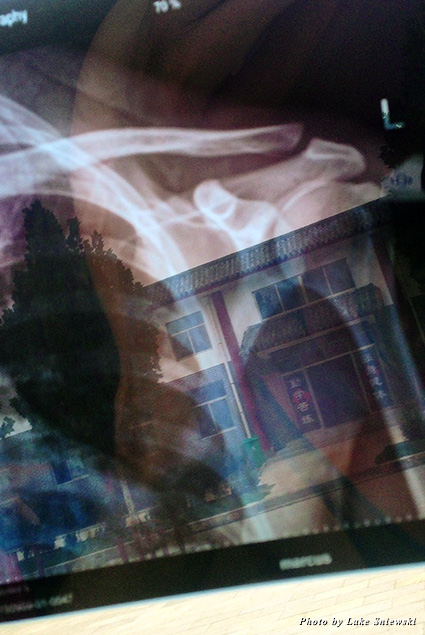 Students came to this school from all walks of life and from all corners of the world. It was an international melting pot, and everyone supported one another. Being so isolated from the world made it easier to push my body to limits it hadn’t been pushed to before. It was a safe place to experiment with my capabilities, with no distractions and no critics. Just a huge number of people telling me I could do it.

So when the students told me they could get me into the splits as long as I could handle the pain, I didn’t hesitate when I said I’d try. They said it so nonchalantly and casually that it made me confident in their ability to coach (and pull me) through the experience.

Needless to say—and despite not being an overly flexible person—I somehow managed to get into the splits. 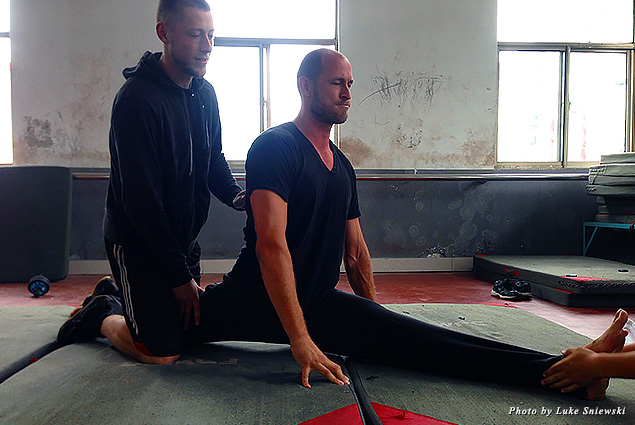 It was uncomfortable. It did hurt. But it was certainly tolerable with the help and presence of everyone there.

I walked away from the experience knowing that when I return to New Zealand, I’ll be scheduling my life again and creating a routine that keeps me focused from morning until night. Qufu’s Shaolin Kung Fu School made me remember how much can be achieved in a single day with a little discipline, structure, and mindfulness.

And the episode I made about the experience will be a lifelong reminder of that:

I did get to spend three days in Shanghai after my kung fu experience. It was the first time in several weeks that I had set foot in a metropolitan city. Sitting in traffic made me feel as though I was back in Los Angeles, and I instantly (and for what might have been the first time) truly missed my life back in Santa Monica. Who would have thought freeway traffic would cause it?

I stayed with a health-conscious friend, Harry, in a downtown high-rise, so I did get pampered a bit during my stay in the city. Harry even cooked me delicious meals, including this yellow vegetable curry made from scratch and locally sourced produce. 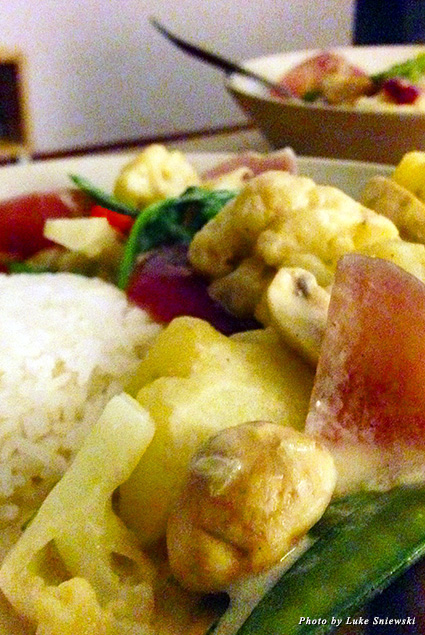 Shanghai felt like a mix of Santa Monica, Downtown Los Angeles, and New York all mixed into one huge city. I did a six-hour walking tour with Harry and enjoyed the business of the city—the noise, the people, the chaos, the buildings, the Starbucks. All of it was welcomed, though it felt uncomfortable and foreign at first. I spent two different evenings standing at “The Bund” and admiring the views of the waterfront and skyscrapers. 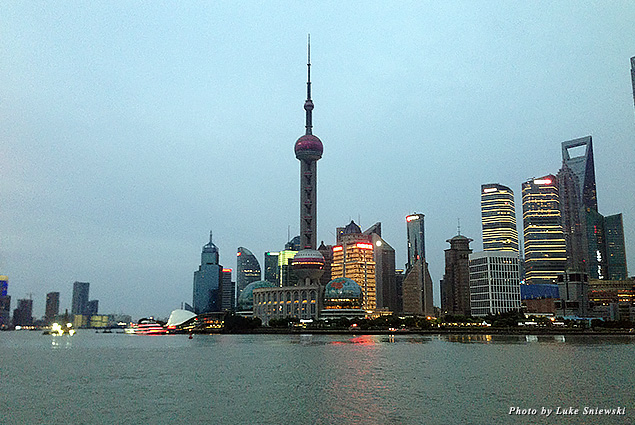 When I finally settled into myself and re-centered, it felt like home. It made me realize I was ready to go home, back to the real world and real life.

One year ago (and a day before President Obama announced 10-year visas for United States citizens), I submitted my one-year visa application. I thought I missed the boat on a tremendous opportunity. But as fate (or luck) would have it, when I got my passport back just one week later, I opened it to see I had a fresh 10-year visa pasted onto one of the pages.

Even though I only had the opportunity to spend a week in China, I’ll definitely come back to explore the country and culture more. After all, I have nine more years in which to do it.