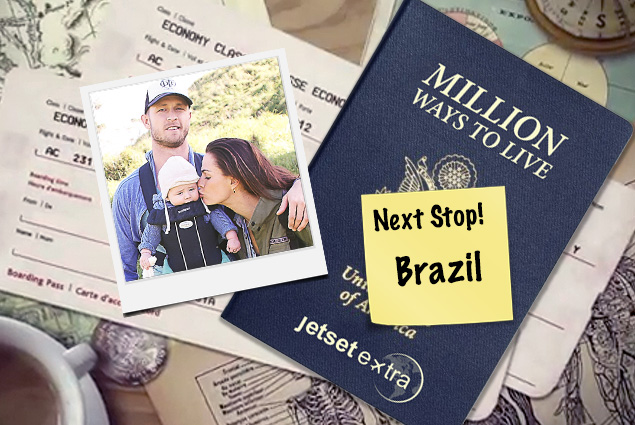 When I think of Brazil so many things spring to mind: the Amazon, açaí, capoeira, beautiful beaches, and beautiful people. It has been my dream destination since I was a little girl. Our Million Ways to Live adventure took us to Brazil for nearly a month, and while I only got to experience a fraction of what this incredibly diverse country has to offer I feel as though we had a perfectly formed itinerary. So I thought I’d share it. 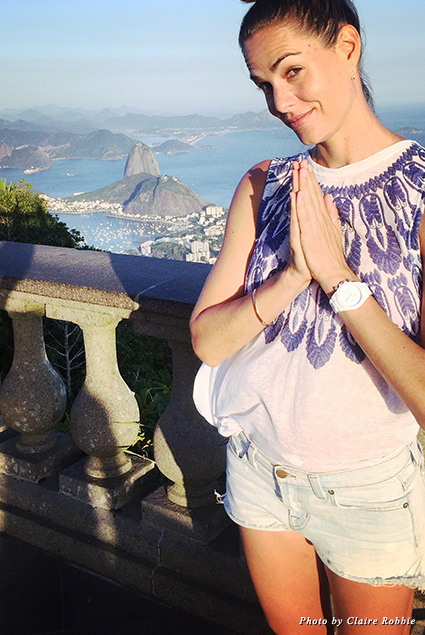 We flew into São Paulo and originally had no plans to stay in this vast sprawl of a city. I hadn’t heard good things and was ever so slightly nervous about spending any time there, but I’m so glad we did. First and foremost, the hostel we stayed at was fantastic; Che Lagarto has properties all over Brazil that are reliably comfortable and in great locations. Its Vila Mariana district accommodation feels like a boutique hotel at hostel prices, and the surrounding area is chockablock full of chic little bars and busy restaurants with street-side tables, always a great place to dine and watch the world go by. In this monstrous city there are hidden gems to be found, first-rate museums, world-class cuisine, and an electric nightlife pulse that makes New York look tame.

From São Paulo, the Million Ways to Live team split up. Luke went off to Peru to try Ayahuasca and art buff “Manny” Bensen stayed in São Paulo to explore. I hit the road with Baby Jack and my girlfriend Samantha.

Our route: São Paulo to Paraty to Búzios and then to Rio de Janeiro for Carnival. 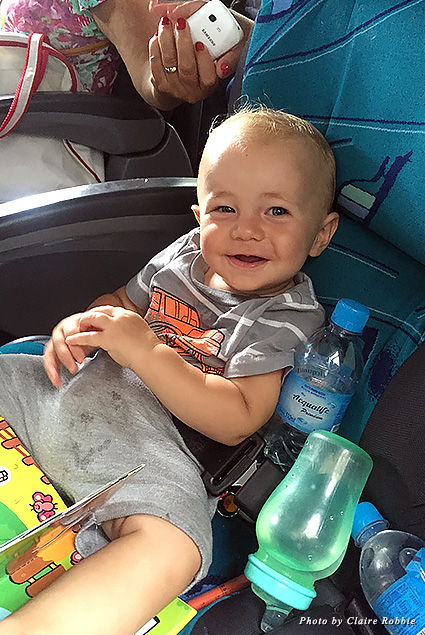 We decided against renting a car as it was really expensive, so we set off to the bus station excited and slightly apprehensive about 10 days traveling through Brazil with a baby. 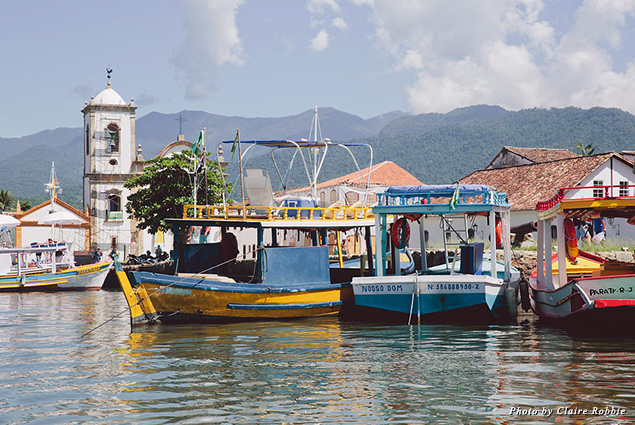 São Paulo to Paraty was a five-hour bus ride through the lush green corridor known as the Costa Verde. It is a drive I recommend taking during the day to make the most of the spectacular scenery. The bus bumbled along cliff-top coasts and wound down to the historical seaside town. We arrived in Paraty at 11 p.m. and were picked up by our hosts from a little spot where we were excited to stay. 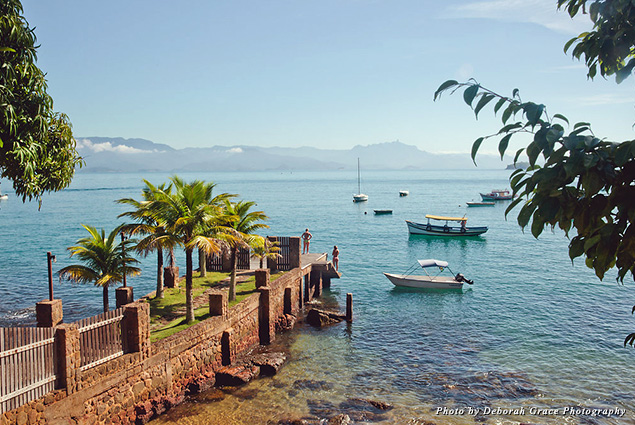 The Happy Hammock Eco Lodge is a 20-minute water shuttle away from the town center on the peninsular. We were whisked across moonlit, calm waters with a sleeping Jack in the front pack. It was a boat ride I will never forget. Swiss business partners Patrick and Dario converted this upscale Brazilian beach house into a guest house/hostel with charm and warmth. We planned on staying two nights; we ended up staying four. 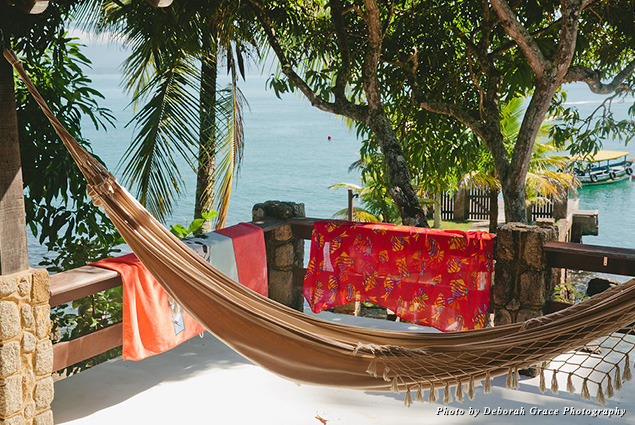 Paraty is a Brazilian must-see. The central part of the town is a preserved historical site from colonial times. The architecture alone is worth the trip—and while the beaches around the town center aren’t anything to write home about, I recommend renting a boat or going on a cruise to see the other beaches the region has to offer.

From Paraty we rode up the coast to Armação dos Búzios via Rio. Buses from Paraty to Rio run almost every hour and the trip takes around four hours. It is another three-hour trip from Rio to Búzios.

Once a seaside fishing village, Búzios is now a bustling, vibrant, and chic seaside resort town. The narrow cobblestone streets and picturesque waterfront contribute to Búzios’ image as Brazil’s St. Tropez. There are gorgeous beaches and exceptional shopping along the Rua das Pedras. This town is chic and sophisticated with a laid-back Brazilin beach vibe. 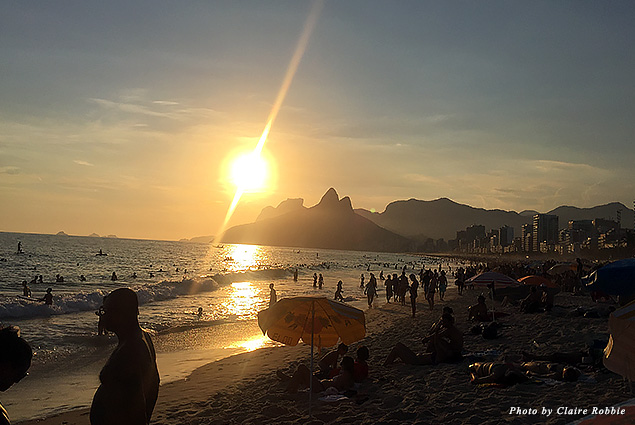 We headed back to Rio de Janeiro and arrived two days before Carnival, which I’m really glad we did. Post-Carnival Rio was a very different vibe, as during this festive season Brazil goes absolutely loco. The city becomes one giant block party, which feels like a combination of a bachelor party, Halloween, New Year’s Eve, and Armageddon. 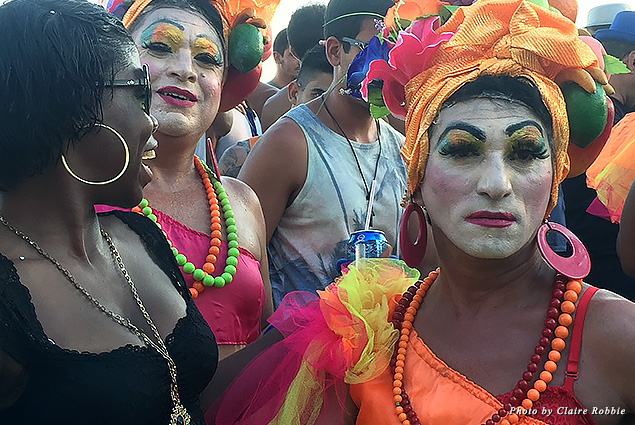 We stayed in the infamous Copacabana district at an apartment we found on Airbnb. It’s a mix of old and new Brazil with incredible food-by-the-kilo restaurants and a great nightlife. The beach here is fantastic, but it was even better around the coast on Ipanema. It was packed with people, and the water was turquoise, clear, and warm. My highlights of Rio were sipping a caipirinha cocktail on the beach as we watched the sunset behind the mountains and shooting our episode about the Brazilian national sport, capoeira.

Christ the Redeemer was also just as spectacular as I had hoped. 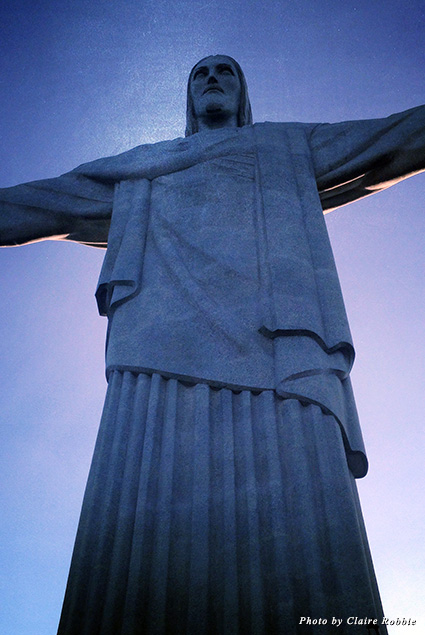 Brazil was the ultimate way to end the South American leg of our journey. For the record, the people there are incredible and I never once felt unsafe or nervous—contrary to what others had led me to believe. Brazilians are open and friendly and incredible with children. I felt as though I only tasted a fraction of what Brazil has to offer in my three weeks there. It’s a country I cannot wait to get back to. 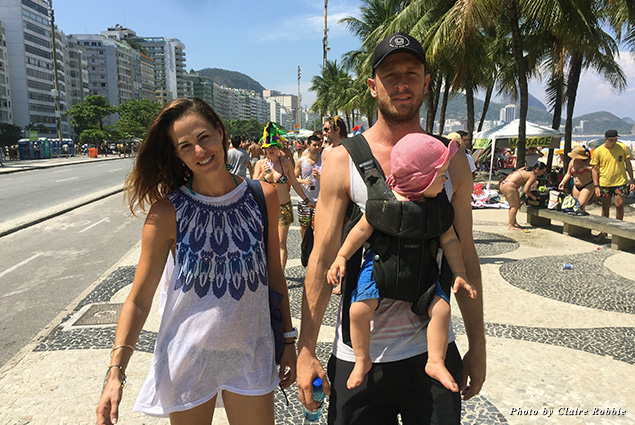