Make Like the Locals and Get Your Morning Fix 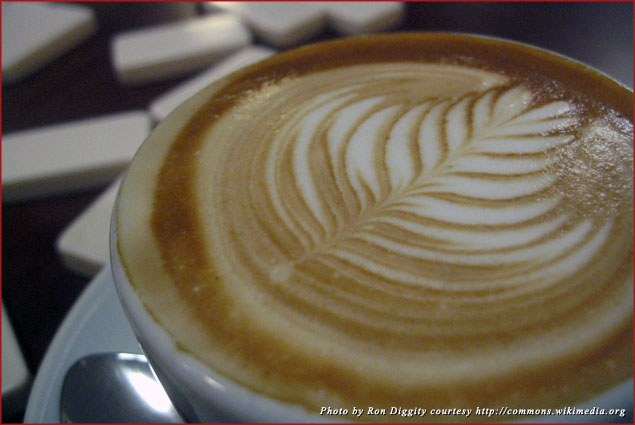 While grabbing a coffee is a mere passing thought when visiting most cities – “just point me in the direction of the closest Starbucks” – visitors to Seattle should embrace the coffee culture.

Instead of looking at your morning coffee as a means to a caffeine-high end, pull up a chair and a cup of drip and spend a little time among the locals. But where to go? Ask Seattleites to name their favorite coffee shop, and you will get a different answer each time. With more than 10,000 (yes, you read that right) coffee shops to choose from, though, there are more than a few standouts.

Hipster-magnet Bauhaus Books and Coffee is one of the unique coffee shops in Seattle. Bauhaus’ two stories offers a view of the Space Needle from its Capitol Hill vantage point, located within walking distance for downtown visitors. Between the louder-than-coffee-shop-volume music, bustling atmosphere, and 1 a.m. closing time, Bauhaus is geared more toward socializing than reading, despite its literary theme and wall of leather-bound books. Menu favorites include the iced mocha and kitschy food throwbacks like Ding Dongs and Twinkies. So go ahead. Drink the Kool Aid. No, really. Kool Aid is on the menu.

Belle Epicurean is part coffee shop, part bakery, part lunch cafe. And the amalgamation is perfect. Belle Epicurean’s offerings could easily convince you that you had stumbled into a Parisian patisserie if you didn’t know you were just off the lobby of The Fairmont Olympic Hotel in the heart of downtown Seattle. Small marble tables are (thankfully) more conducive to pulling out a book than a laptop. Order a cappuccino, an espresso or a latte, but whatever you do, don’t resist a pastry. The “Belle’s Bun” is the standout with flavors like the lemon brioche with orange confit, or the savory rosemary pesto, goat cheese and mozzarella cheese brioche.

Caffe Ladro touts itself as an “espresso bar and bakery.” With 14 area locations, the original is situated in the Upper Queen Anne neighborhood, one of the highest elevations in the city. Caffe Ladro has the coffee-shop experience down to a science – baristas are friendly; the coffee (and of course, the espresso) is excellent; pastries like croissants, muffins, and quiche are more than worth the calories; walls display local artists in rotating art shows; and the vibe of the small space can only be described as chill. Perch at a table in one of the two front windows early in the morning and watch this quaint neighborhood and its residents start their day.

There is more to coffee shop life than Starbucks, Tully’s and Seattle’s Best Coffee chains. But if you must… visit the recently revamped Starbucks in Madison Park, a neighborhood that borders Lake Washington. Parting ways from traditional Starbucks, the Madison Park location serves beer and wine after 2 p.m. and has additional food offerings beyond the normal bagels and scones. Baristas are fast and they know their regulars by name, drink order, and even occupation. (Yes, I have been there a few [dozen] times.) Have your coffee in one of the chairs by the fireplace or on non-rainy days, make your way down to a bench lining the waterfront park.

For additional locales, check out French newstand/coffee shop Cafe Presse near Seattle University, featuring Caffe Vita coffee; Tangletown coffee shop Zoka, which provides ample seating and is conveniently situated across the street from the organic (and organically addictive) Mighty-O Donuts, a solid coffee shop in and of itself; and to throw a bone to tea drinkers, Miro in the Ballard neighborhood, which offers teas from around the world, sweet and savory crepes, and old-school board games like Candy Land and Battleship.

Seattle Style? It Does Exist Seattle Melts in Your Mouth