Lunar New Year—Making Sure You Never Forget Another Birthday Again! 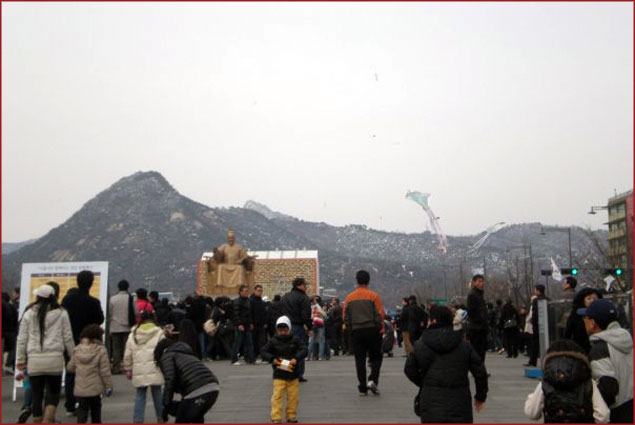 In Korea, it is customary to have two New Years celebrations. The first occurs on January 1st and is looked at as the first day of the calendar year. The second celebration is called Lunar New Year. This is a three day holiday which, this year, took place from February 13th-15th. Lunar New Year is a time for families to get together, exchange gifts and feast on an assortment of Korean foods. One food that is particularly important is tteok guk (rice cake soup).

According to Korean tradition, after eating this soup on the first night of Lunar New Year, you are considered a year older (regardless of the actual day you were born). Although this practice is no longer being followed by all families, I personally think it is a great idea. Imagine everyone you know having the same birthday. You would never have to apologize for forgetting a loved ones special day again! 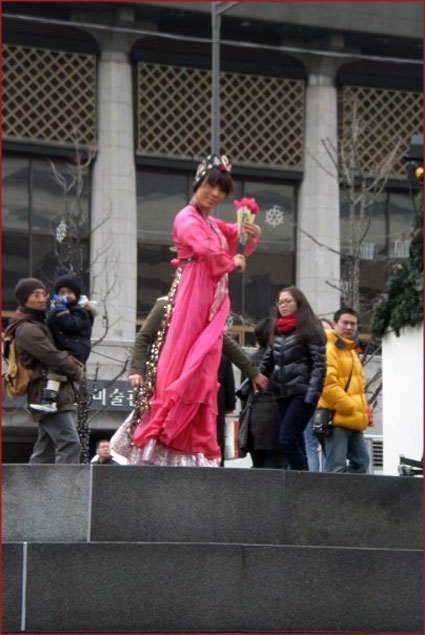 As a foreigner who was new to the entire concept of this holiday, I spent part of my extended weekend exploring Gwanghwamun Square in Seoul City. On a normal day, Gwanghwamun Square is an amazing site to see. There is an impressive gold statue of King Sejong (the creator of the Korean alphabet), as well as a musical fountain to listen to. However, since it was a holiday, the square had even more to offer. There was a ceremony for the changing of the royal guard, as well as a parade and countless street performances. There were also many “hands-on” activities. Children and adults alike could make their own kites, play traditional Korean games, and try different Korean foods (including rice cake soup). When the day was done, I left Seoul feeling more educated, as well as a bit older (I sampled the soup). I felt quite lucky to be able to celebrate the Lunar New Year in Korea and would recommend it to all! Happy Travels!!! 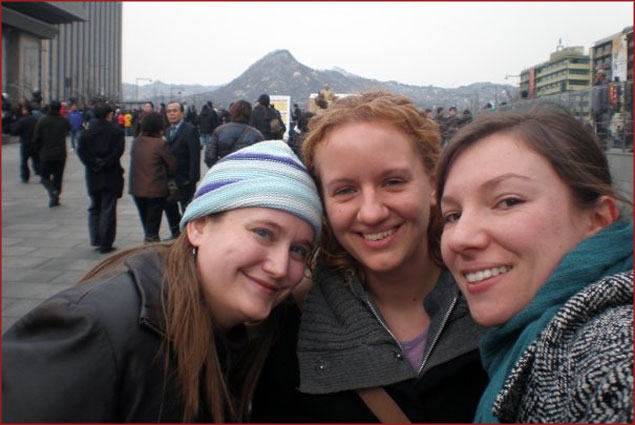 COEX, Shopping With a Little Bit of Everything A Temple That Stands Above the Rest in Gangnam, Seoul

A Temple That Stands Above the Rest in Gangnam, Seoul

Not Your Average Pedicure With Gangnam’s Dr. Fish

Early Bird Gets the Sale