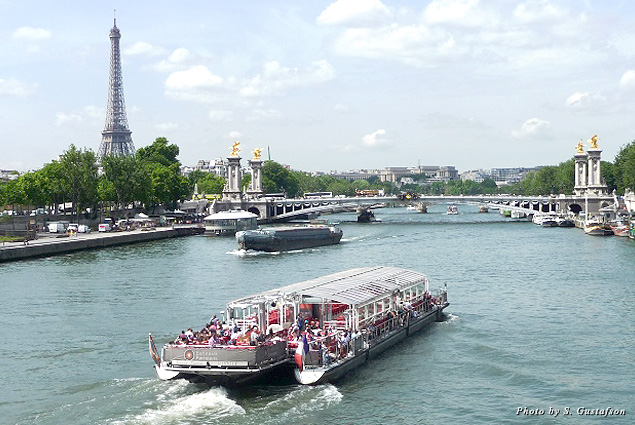 The allure of Parisian life has had a strong pull on writers, artists, musicians, and many others since the 19th century. You can’t understand that attraction when you’re on a whirlwind tour through Europe or even during your first weeklong visit to Paris. No, to feel what it’s like to “be Parisian,” you have to have been here before (so you don’t feel obliged to visit the main tourist spots), and you have to stay for at least two months. That’s exactly what I did; I rented an apartment from mid-May to mid-July in the 10th arrondissement near Canal St. Martin, a tributary that feeds into the Seine River. 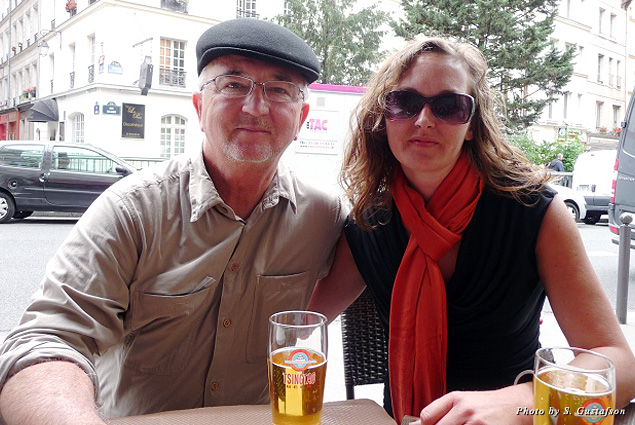 One stereotypical view of Parisians is they sip coffee in sidewalk cafés all day long and then they party and drink wine all night. I have seen some bits of both, but that statement’s as unfair as thinking everyone in Southern California surfs all day, has blond hair, and wears tie-dyed shirts. I used to live in San Diego, and I know that’s not the case! And it’s not the case here in Paris, either. For some introductory information about Paris, I recommend an initial visit to the Paris Convention and Visitors Bureau. 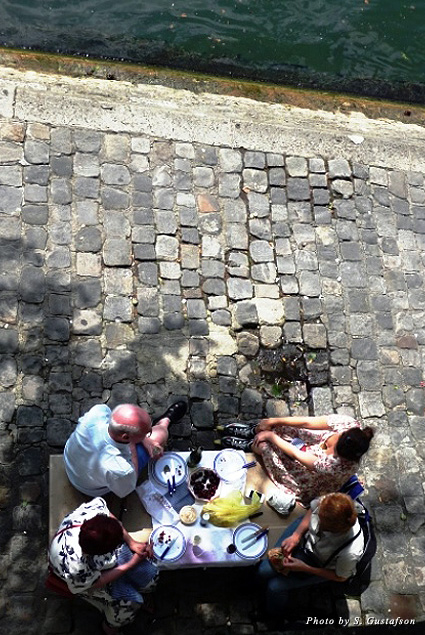 One thing that’s consistent, and not just in Paris, is the attraction to water on a beautiful day. Whether it’s along the mighty Seine River or the neighborhood-friendly Canal St. Martin, friends make the best of a nice day. For some, it’s just to sit around and talk; for others, it could be a drink possibly accompanied by an impromptu meal. 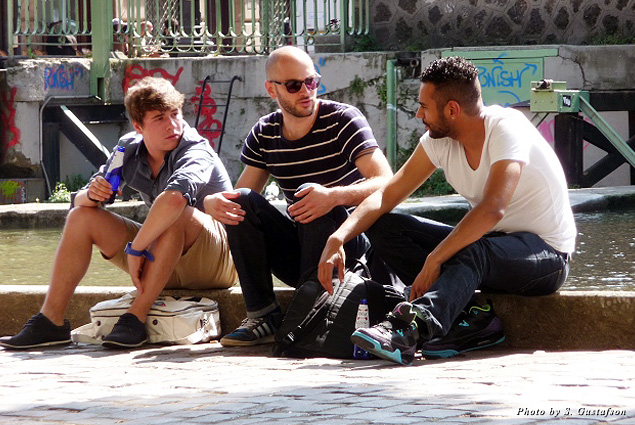 The baguette is as much a part of everyday life here in Paris as a cup of coffee from Starbucks is to New Yorkers. It seems there is a boulangerie (“bakery”) on every Paris corner—but maybe it’s actually one out of every two street corners.

I read an interesting history about the baguette and spoke with the staff at the corner boulangerie closest to my apartment. I asked the young lady behind the counter how many baguettes they made and sold every day. She didn’t know so she asked Emmanuelle, the owner, whose reply in French was “500 to 600.” About 100 of those go to restaurants, but that means 400 to 500 baguettes are sold (for €1.10 each) to walk-in customers every day. And that’s just from the bakery right next to my apartment. That’s a lot of bread! 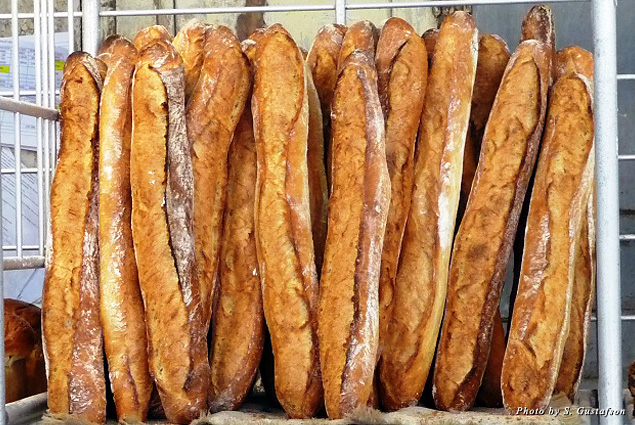 The local bars, bistros, cafés, and restaurants definitely get their fair share of business. Whether it’s a drop-in on the way home from work or ordering take-out food, the typically small establishments seem to cater to a particular clientele. And even though there’s not much sense of privacy, everyone minds their own conversations as they sit, eat, drink, and enjoy each other’s company. 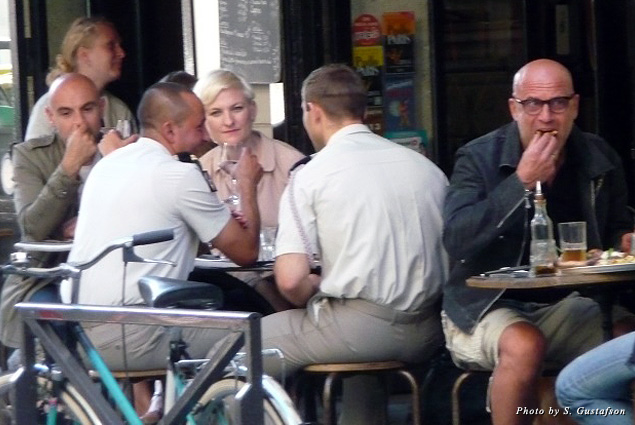 Despite all the options for eating out, Parisians also cook at home, too. Most Americans are spoiled when it comes to grocery shopping. We go perhaps once a week and fill the refrigerator with food items from around the world. The freezer gets stocked with specials and broken-down packages of large quantities of meats, fish, and other frozen items. The Parisian refrigerator is about half the size of an American one, and the freezer space is almost non-existent. 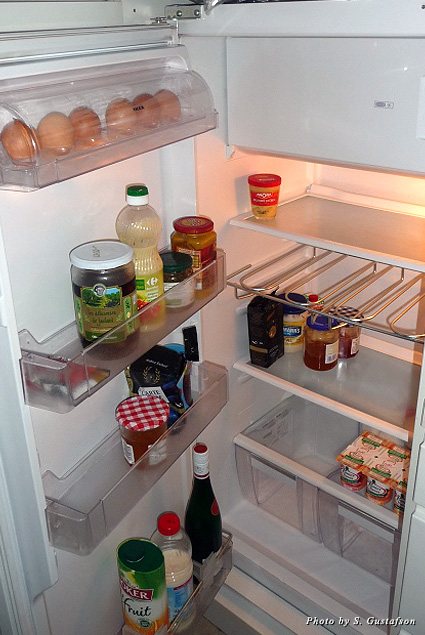 So what do they do? They shop almost daily for fresh items, and there are neighborhood grocery stores all over. Though most of them carry some meats and seafood, there are usually specialty boucheries (“butcher shops”) close by, and many Parisians have their favorite. (We tried three different ones before we decided on ours.) As you notice in the picture of the refrigerator above, not only is it small, but also see if you can read the brand embossed on the egg shelf cover—it’s IKEA.