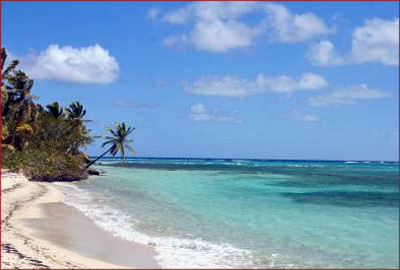 This is a story that started years before I was born. And in another sense, the story began for me the day I arrived. I arrived on vacation in North Sound, Virgin Gorda just over four years ago, and to this day Leverick Bay remains my only true home away from home. Four years gave me such a profound sense of belonging as strong as my ties to my native Toronto. What must it be like to have been here since the ground broke and Leverick Bay began? To find out, I asked owner Chris Yates to tell me a story in her own words, and I wasn’t the least bit surprised to hear a much more passionate and interesting story than I could find anywhere else.

In the early 70s, St. Thomas USVI resident Leon Stackler built the first house on this patch of the North Sound. In 1977, he contracted Chris Yates and new partner Sam Leonard to build seven of the now locally famous ‘round houses.’ They both knew that this was the beginning of a very special project. Chris and Sam formed Leverick Bay Hotel and Marina, complete with the Salty Whale restaurant and marina dock, on their newly purchased eight acres of land. 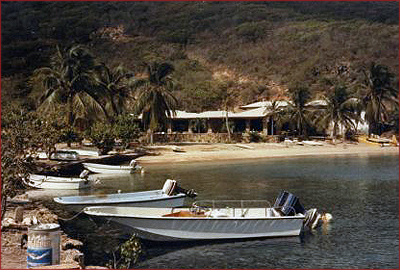 A single-story beachside hangout, the Salty Whale is remembered fondly by residents and visitors alike. In 1990, the restaurant was leased by Pussers Rum Company and rebuilt by Yates Associates, which is where the new restaurant gets its signature Caribbean look and feel. I met Chef Alex Yates a few years ago at his ever-popular Jumbies Pig Roast BBQ Buffet each Friday night at the Beach Bar. 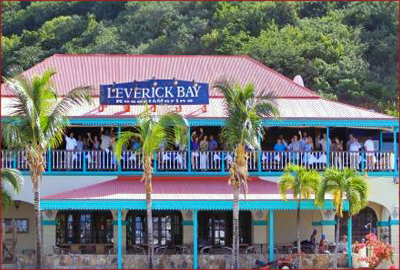 Back from working abroad in time for the 2000 season, Alex reopened the old Pussers as The Restaurant at Leverick Bay. A fine dining experience in North Sound accessible to everyone, it was the first of its kind. It was a beacon of gourmet food in the BVI; European cuisine with a local flavour and unpretentious atmosphere. The addition of the Wine Room in time for the 2009 Winemakers Dinners means Leverick is the best spot for vintage fine wines, with a couple hundred to choose from at any one time.

I asked Alex one afternoon what makes Leverick Bay special to him, while trying to come up with a simple answer myself. “One night a week, I get to throw on the big apron and the gloves and light my three barbeques, for a pig roast and buffet as good as anywhere else in the world,” was his answer. He also notes the events at Jumbies get him excited, including weddings, Christmas in July, Poker Run and the Michael Beans Happy Arrrr Pirate Show. 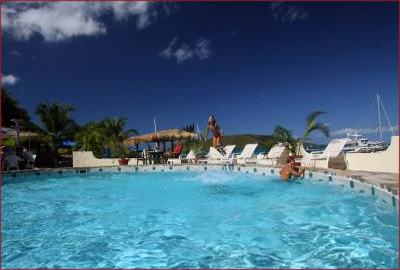 Complete with local craft stores, a spa, the Dive BVI shop, the historic Pussers Store, Leverick Bay Watersports, the Chef’s Pantry, Jumbies Beach Bar and a swimming pool, there is something for everyone and more importantly something from everyone at Leverick Bay. 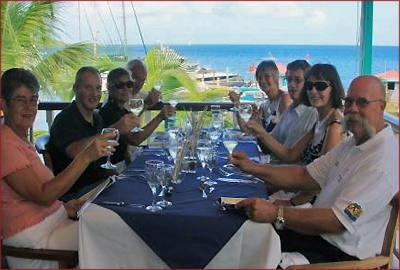 Unlike most resorts in the North Sound, Leverick Bay is about community, and while the buildings are owned by the resort, the businesses are local and provide the sense of friendship and family that you feel instantly when you visit. Instead of competing with local North Sound resorts, Leverick Bay has now become a destination in itself for guests preferring either hotel accomodations or complete villa rentals. Year round, Leverick offers fine dining, the always-popular party place for Friday night BBQ buffets, live music and Jumbie Dancers. It is the only resort in North Sound that can be reached by car.

“Once you’re at Leverick, the rest of the North Sound and Virgin Gorda is readily available to you. That’s the difference.” says Chris, when I asked her what made vacationing at Leverick Bay so special.

“Leverick Bay is our home. Monica and I came on holiday in 1995 and we have never wanted to leave,” replied Nick Willis of himself and his wife Monica—my friends, local residents, and the managers of Leverick Bay for the past 12 years. Of the many reasons I’ve alluded to, sodality is what makes Leverick Bay my favourite spot in the Caribbean.

Between impromptu beach parties with Alex, Sunday mornings on the deck at Nick and Monica’s home, and feeling like an episode of Cheers every Friday at Jumbies (and they’re always glad you came) I can’t think of a friendlier, more inviting, or beautiful spot to spend time than Leverick Bay.

With plans to expand, Chris vows to continue offering the best experience possible, and I don’t doubt it. This is a story without an ending, and I recommend wholeheartedly you visit us to write your chapter as I’ve written mine.