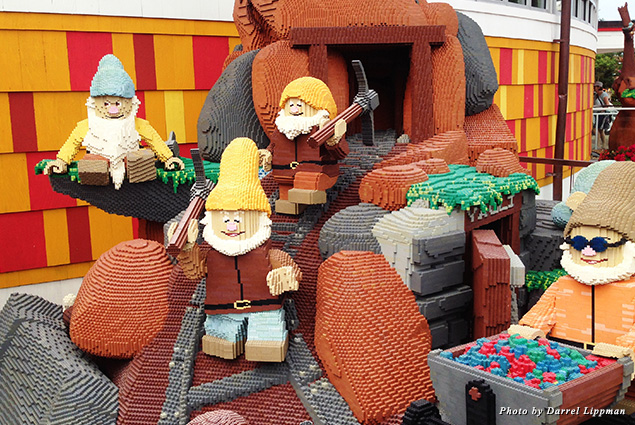 Looking out the 11th floor window of our room at the Dolphin Hotel in the Walt Disney World Resort, I pointed to the minuscule Cinderella’s Castle and Space Mountain ride in the distance, uttering the same awestruck “Whoaaa” that my brother, sister, and I had exclaimed the first time our parents drove the family down from New Jersey during winter vacation. Now, more than 35 years since a handful of visits in my early teens, I was standing at the window with three kids of my own between the ages of 7 and 11—their “first time in forever!” trip to the Magic Kingdom.

While some things remain the same, quite a bit has changed in Mickey’s world since I was there last, including many more accommodation options beyond the classic Contemporary and Polynesian Village resorts (both of which received recent makeovers), a much more expansive Downtown Disney area than in California, and a couple more theme and water parks. With the amount of land the Disney folks had to work with in Florida, you would have been Dopey not to foresee the amount of hotels that would pop up over three-plus decades. 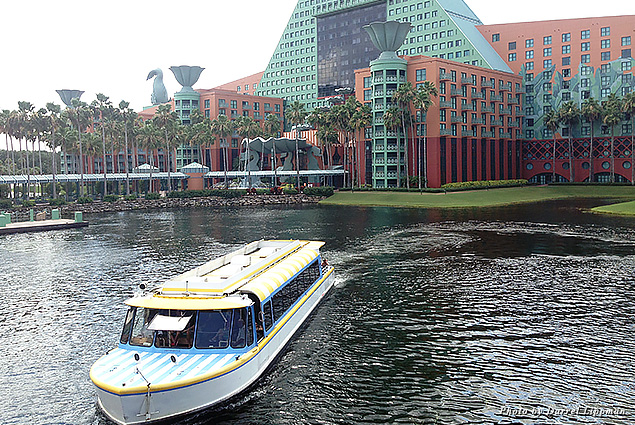 The digs for our four-day stay, the Dolphin and Swan Hotel properties, had all the bells and whistles you would expect of a Disney scale operation; from the main grotto pool (complete with waterslide and cascading falls) and connecting side pools and various Jacuzzis, the kids were in aquatics heaven. With giant statues of their respective namesakes perched on the top of each building, the two resorts are linked by a main palm tree-lined walkway and a boat launch that shuttles guests to Epcot, Disney’s Hollywood Studios, and the BoardWalk.

The Dolphin offers a variety of dining options including the chef-driven Blue Zoo (Todd English), Shula’s Steak House, and the more casual Fountain (burgers, salads, and sandwiches) and Picabu Café (a 24-hour, self-serve eatery). The resort also has a good-sized events/conference center.

One evening we set out to explore the surrounding area a bit, and our five-to-10-minute stroll landed us at the BoardWalk, a complex of stores, restaurants, and games of chance set around a manmade lake with more hotels and Disney vacation rental accommodations. 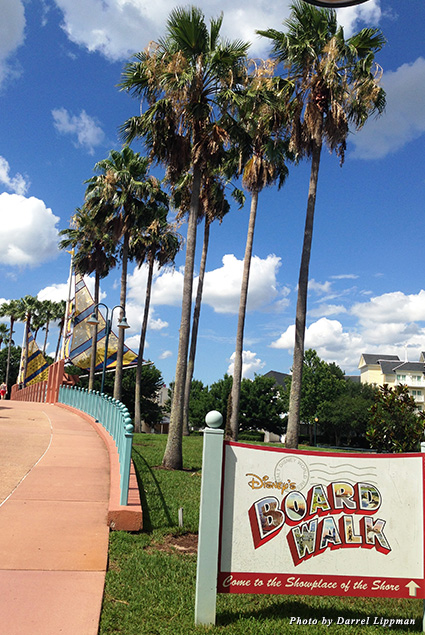 After spending our arrival day poolside and getting a lay of the land, it was time to hit the Magic Kingdom on Day Two. As our taxi in from the airport passed through the main gate of the Disney compound, a feeling of “fun or bust” had hit us, a sense that would be further confirmed on Day Three when a brief downpour saw an onslaught of carts spill out from every crevice of Main Street selling rain slickers with the Disney logo—catnip for customers eager to keep the festivities going at all costs and get the most bang for their buck through the raindrops.

We decided to bookend our three-day base tickets with the Magic Kingdom on Days One and Three and Hollywood Studios in the middle. The admission ticket is actually a plastic card equipped with a barcode for scanning at the FastPass orb posts at the various attractions (more on this and the awesome “My Disney Experience” app in a bit).

The Magic Kingdom makes every effort to stay current, mixing in the old standards with new attractions and recently completing its most extensive makeover in years. The new and improved Fantasyland features fresh castles, Enchanted Tales with Belle, Under the Sea – Journey of the Little Mermaid, Ariel’s Grotto, and the reigning longest-queue champ: Seven Dwarfs Mine Train, with average wait times of more than an hour. A bit like Big Thunder Mountain Railroad, mini mine cars take riders on a rollicking ride through a jewel-encrusted cave system with sudden drops and turns. 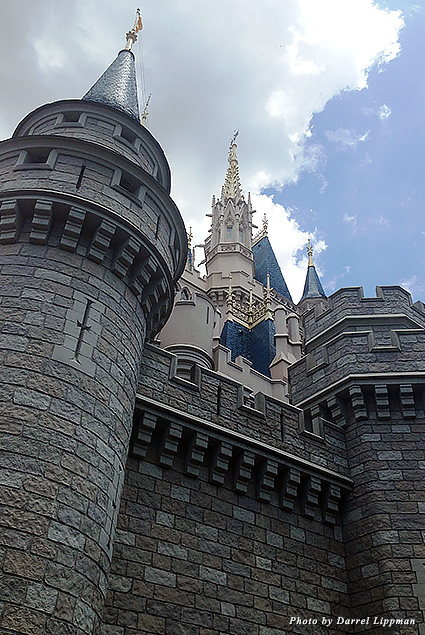 Enter FastPass+: It certainly enhanced our experience knowing we’d be using a special line on the more popular rides with longer waits such as Big Thunder Mountain Railroad, Haunted Mansion, and Space/Splash Mountains. While it might seem a bit elitist on the surface, it’s a boon for guests who make the effort to acquaint themselves with the FastPass process. Our respective cards pre-loaded with the rides of our choice, we zippity-doo-dahed right up to the orb posts, waved the plastic card for the green light go-ahead, and zippity-ehed through the VIP maze to our waiting ride seats. Nice! (The credit card/orb set-up is not yet in place at Disneyland in Anaheim.)

Which brings me to the “My Disney Experience” app. Downloading this app proved to be one of the best moves of the trip. Among other logistical and informational features, it allows you to select three attractions to load to your credit card-like ticket and even manage/make changes during the day (that’s a long way from the multiple “E” tickets we would tear from attraction booklets to use on rides like Space Mountain when I was a kid!). Our three little ones loved grabbing my phone to check the tab that showed the wait times of each ride so we could plan accordingly.

The one attraction I had never explored was Tom Sawyer Island so I decided to finally check it out as a family. We had a blast discovering all the nooks, crannies, barrel bridges, and forts before returning back to Frontierland’s shores on a motorized wooden raft. 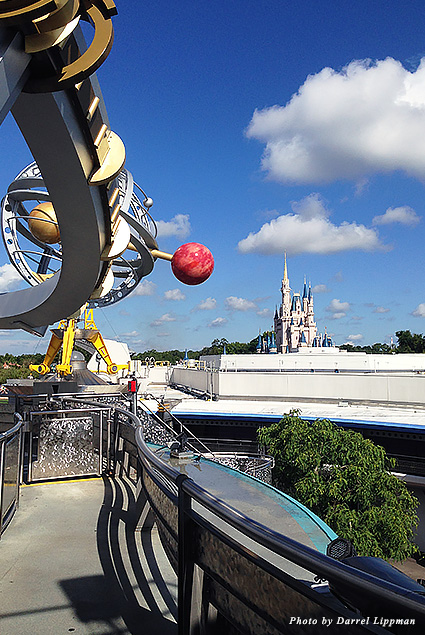 Meanwhile, everything was new to us at Disney’s Hollywood Studios. Our first visit to this theme park was a short boat shuttle from the dock of our hotel—complete with a comedic captain narrating the trip there (e.g. “All you kids can now truly say you were on The Disney Channel!” and “Why does Tigger jump up and down? To avoid stepping on Pooh!”). After disembarking, we made some FastPass modifications on our mobile app and hit the Star Tours motion simulator ride, the Rock ’n’ Roll Rollercoaster featuring Aerosmith (this park’s version of Space Mountain), and the Frozen Sing-A-Long Celebration, where we all enjoyed the cooling snowflakes that fell on the audience at the end of the show. Not as impressive were attractions such as Muppet Vision 3D, where the effects seem in need of updating.

Since nobody was game for the Twilight Zone Tower of Terror or its two-plus-hour average wait time, we opted for lunch at the Sunset Market Ranch, a replica of the Farmer’s Market on Fairfax in Los Angeles. As we ate our chilidogs, flatbreads, and fries, we watched the screaming riders drop from the tower’s “haunted elevators.” 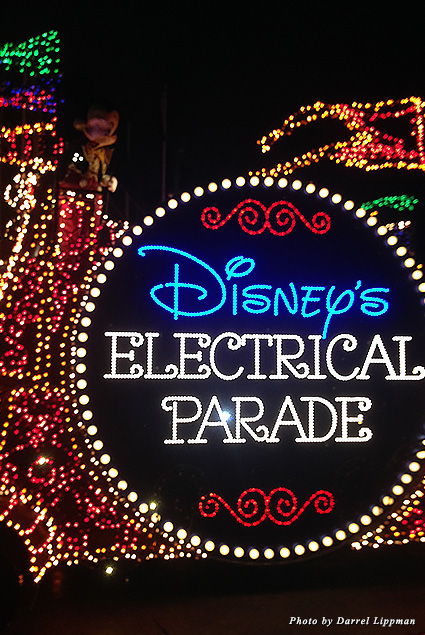 On Day Three, we closed out our Magic Kingdom sandwich with two more first-time-in-forevers: We went back into the park at night to check out Disney’s Electrical Parade and watch the fireworks display. I can vaguely remember seeing the starbursts at a distance as a child from our in-park accommodations, but now as I looked skyward, the colors erupting through the smoke over Cinderella’s Castle with kiddies of my own, this particular circle of life was never clearer.