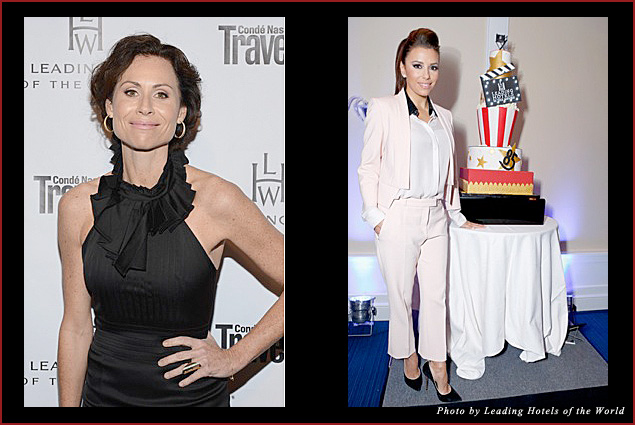 Hollywood stars illuminated the penthouse and the lights of Beverly Hills glittered below as Condé Nast Traveler celebrated the 85th anniversary of the Leading Hotels of the World on February 13 at Hot List 2012 honoree hotel Mr. C Beverly Hills. Minnie Driver and Eva Longoria joined Michelle Monaghan, Zuleikha Robinson, David Bromstad, Joshua Flagg, and other entertainment and travel industry guests—including myself—in celebrating the bond between film and travel. Speaking of Bond, clips from 007’s 1964 film “Goldfinger” and other legendary movies filmed at Leading Hotels of the World played on screens throughout. 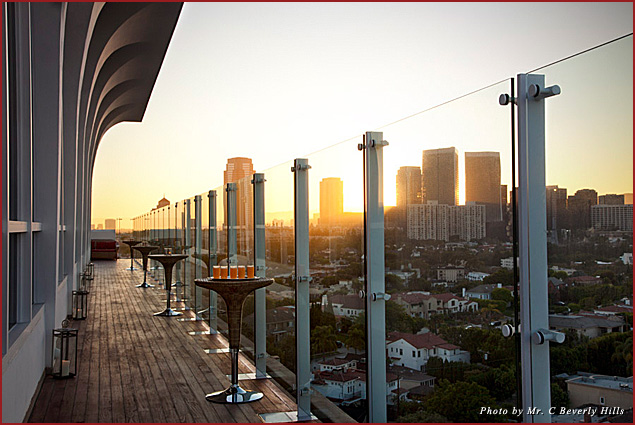 Champagne flowed, bartenders shook martinis, celebrities posed, a DJ spun tunes, and delicious Cipriani-inspired cuisine delighted everyone. There was even a flick-food station where a handsome aspiring actor from France (catering is his day job, he told me) dispensed boxes of Junior Mints and other cinema goodies. 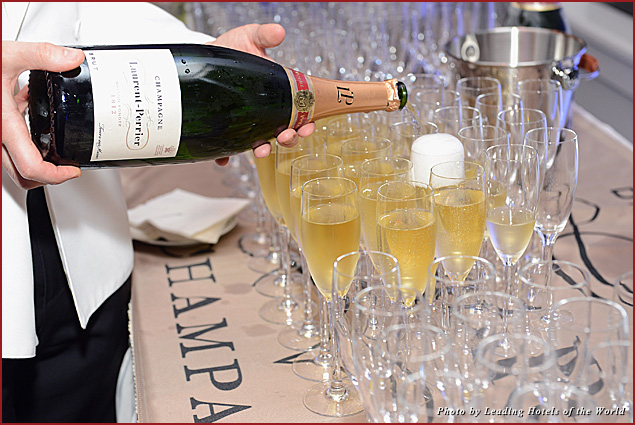 Sharing the spotlight was the hotel itself and the impressive nearly 360-degree views. I was amazed looking out over Beverly Hills, Wilshire Boulevard, Rodeo Drive, and the hills on one side and the towering Century City and greater Los Angeles on another—all from a 12th-story rooftop room. An outside patio brought the skyline even closer. Mr. C Beverly Hills is the latest incarnation of the high-rise hotel at the corner of Pico Boulevard and Beverwil Drive. It looks as though the hotel has finally got it together as a hip hangout—as befits its fabulous views and Beverly Hills-adjacent location. 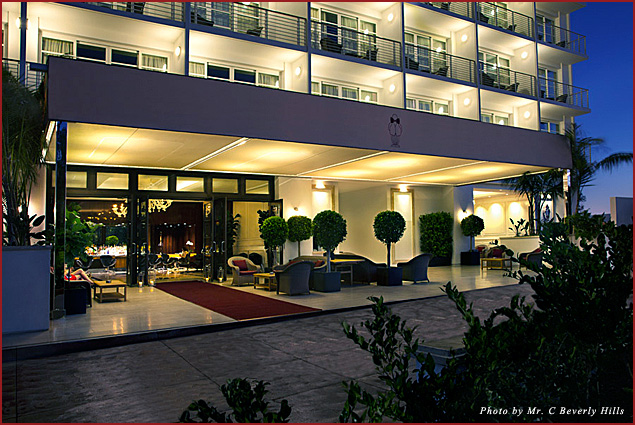 Opened in 2011, Mr. C Beverly Hills is owned by the Cipriani family—think Harry’s Bar in Venice, Italy, and other stellar European restaurants. The Cipriani savvy shows. I enjoyed a pre-party wine at the lobby bar, which spans the length of the lobby and is the first thing arriving guests see, making it a chic and friendly spot to see and be seen. I watched the stream of stylish entertainment-looking types come and go. New guests are invited to sit at the bar and enjoy a complimentary Bellini. A front-desk agent will even come over to the bar to check you in.

The Restaurant at Mr. C looked equally Euro-chic. Of course, it serves traditional Italian a la Cipriani. Other hotels amenities include a free shuttle anywhere within a radius of a few miles, easily including Rodeo Drive. Every room has a view and a balcony; not many LA or Beverly Hills hotels can claim that. Even the rooms on the first few floors have killer views looking out across Beverly Hills and the hills, marketing manager Daniel Katz told me. With rack rates beginning at around $350 a night (less for corporate rates and specials), Mr. C is a fabulous find.